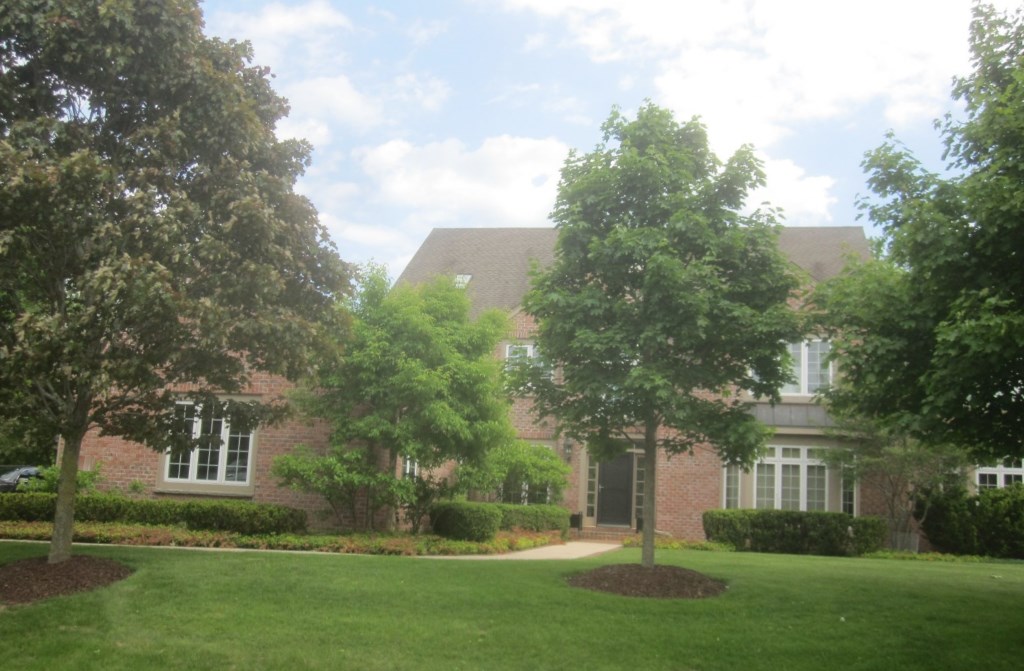 Last month, Rep. Glenn Grothman [R-6th] got rather testy when it was pointed out that his challenger, Democrat Daniel A. Kohl, had raised more money than he.

Grothmann, seeking his third term in Congress, said this to a reporter for the Milwaukee Journal Sentinel:

Obviously, when you are running against a guy who just sold his house for $5 million and has close ties to George Soros and was a bundler for Hillary Clinton, I expect to be outspent.”

Grothman glossed over the fact that the majority of Kohl’s contributions (to date, at least) came from individuals, and not from outside groups, as was the case for the Republican.

It was true, however, that Kohl had sold a 6,225-square-foot home in Bethesda, Maryland, for the impressive $5 million sum on October 10th, 2017. He had owned it for about seven years while he worked for “J Street,” a liberal District of Columbia advocacy group he co-founded in 2007. J Street describes itself as the “the Political Home for Pro-Israel, Pro-Peace Americans,” and favors a two-state solution to the region’s woes.

Kohl had announced his candidacy in June, 2017, before Democrats started dreaming about what they hope will become a “Blue Wave” that will sweep members of their party into Congress. This month the Cook Report included Grothman’s seat among its list of 100 “Competitive Races,” classing it among the “Likely Republican” races for the fall. (The seat vacated by Paul Ryan is rated “Lean Republican.”)

Still, this measure of slim confidence by Cook, and Kohl’s considerable financial resources, could be a portent to concern the Grothman camp, which won each of the two previous races with a comfortable 57 percent of the vote against opponents who lacked Kohl’s pocketbook and name recognition as the nephew of former Sen. Herbert H. Kohl.

A month before he sold the Maryland home, with its six bathrooms, Kohl and his wife Stacey Kohl downsized to a side-by-side condominium unit in Mequon’s Hidden Reserve subdivision, and took up residency in the district, a prudent move. The home, built in 2002, has a mere 4,326 square feet of finished living area, and is outfitted with only three full and one half-bathrooms. The price was only $825,000 — a pittance compared to the Bethesda home, and a fraction of the $3.1 million the Kohls received from the 2010 sale of their River Road home in River Hills when they packed off to the job in the Nation’s Capitol. (Stacey Kohl, a real estate agent at the time, listed that home for sale.)

For the new residence in Mequon, the Kohls sought the professional services of Linda Jacobson of Coldwell Banker Residential Real Estate. Perhaps they were enticed by the poetry of her real estate listing:

The Hidden Reserve subdivision was created around 1999, and consists of about 50 side-by-side condominium units located on two streets — one N. Hidden Reserve Court, and the other, N. Hidden Reserve Circle. The streets live up to their names, as does the subdivision, which has only one vehicular entrance at the intersection of W. Sunnypoint Dr. and N. Oriole La. A few of the homes back onto the North Shore Country Club golf course, but Kohl’s residence does not have that characteristic to its setting. The Kohl home, like the others, sit on fill in what is otherwise a rather wet district; a rainwater detention pond stays quite full regardless of the season, its surface waters rippling from two pumps that run continuously so as to discourage stagnant water.

The landscaping is strictly commercial, and after 20 or so years, it is about time somebody came by and trimmed the lower branches of the trees. The Kohl home is bordered by an ample lawn, as are its neighbors, and it appears that the mowing is done by a contractor. Apparently not so the landscape maintenance. The entryway to the Kohl home, with its yews and pachysandra, is untended. The owners paid a fortune (too much, for sure) to have the landscape contractor cover the pachysandra with spruce boughs, so as to protect the groundcover from the brutality of winter, with its snow, sleet — and salt.

Today, the pachysandra struggles to rise above the spruce boughs, now brown with age.
The homes of Hidden Reserve, like this one, share a certain rhythm, and considerable size. The architect took great pains to ensure that no appearance of symmetry marred the facades, and used a mix-and-match of elements to achieve his purpose, all taken quite liberally from the McMansion pattern book.

Mequon likes its hidden places so much that there is now a vogue to advertise their obscurity. In addition to Hidden Reserve, the 46-square mile city includes the Hidden Lake and Hidden River subdivisions, and maybe others that might be still be in hiding. Also not to be found in the community are signs indicating the presence of bicycle trails that link the Courts, Circles and culs-de-sac of the area. Although getting into Ozaukee County‘s Mequon between the Milwaukee River and Lake Michigan by bicycle is limited to a mere four options from Milwaukee County, some quite harrowing, once within its confines, the city offers some surprisingly easy and pleasant bicycling. Hidden Reserve is connected to the south and to the east by bicycle-only paths that most automobile drivers do not know exist. So if Kohl wants to head down to University School Milwaukee, his high school alma mater, he can get there by bicycle in just 15 minutes, if he knows where the path is (it’s right between the driveways of two neighbors). He can easily get to Fiddlehead Coffee Shop by a hidden trail to the east — one that bears a sign cautioning against entering upon the property.

While we await the Supreme Court’s decision in the Wisconsin gerrymadering case, it is worth noting once again that Milwaukee County has four representatives in Congress — that’s half of the state’s delegation.  The representatives are Paul Ryan, F. James Sensenbrenner, Jr., Gwen Moore (the only one whose district is entirely within the county) and Grothman.

Grothman’s district runs from Lake Michigan to the Wisconsin River, and includes such stolidly Republican counties as Green Lake, which has been suspicious of Democrats seemingly since the Civil War. The Congressman himself lives in Glenbeulah, in Sheboygan County, just across the street from the Kettle Moraine Correctional Facility, in a home that is decidedly not worth $5 million. The only Milwaukee County outpost of the district is the entirety of the Village of River Hills, and a little scrap of the Village of Bayside. 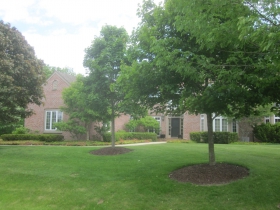 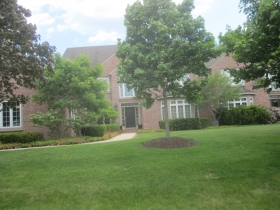 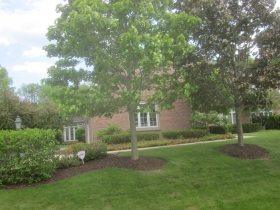 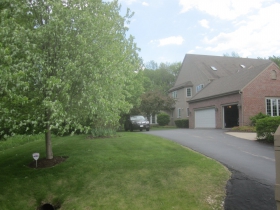 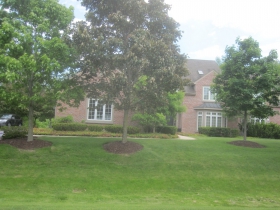 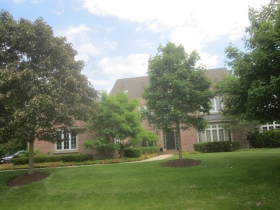 How Milwaukee is it? The residence is approximately 14 miles north-northwest of Milwaukee City Hall.