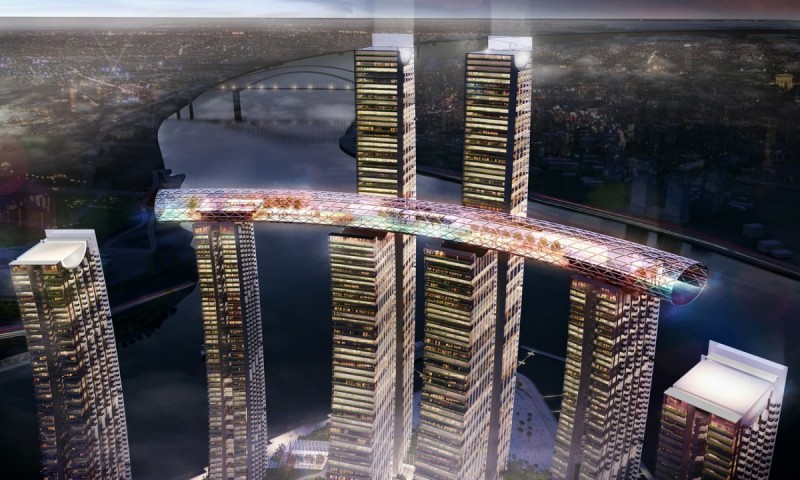 Is the horizontal skyscraper part the future? Plans for a new skyscraper with horizontal segments in the Chinese Megacity of Chongquing have sparked discussion about whether its a good idea to have a separate level of city in the sky from an equity perspective. Architect Moshe Safdie also believes this project and others like it will bring a new era of 3D zoning. (The Guardian)

The challenge of moving people up, down, and across in central business districts: As downtowns and major employment districts become more compact, governments are looking for more ways to move people using existing infrastructure. This means thinking more about how elevators, escalators, and moving walkways in compact subway stations move the masses of people that frequent them during rush hour. (The Conversation)

Step away from the shiny object of innovation: Governments and thier watchdogs are always looking for the next best thing to solve the big problem or save money. And a lot of times that might be a big project or spending program that acts like a shiny object luring decision makers into a false sense of accomplishment. However as Anchorage Alaska learned, often the unglamorous and simple fix is one that makes the difference. (Fast Company)

Some fire departments embracing more urban street design: Opposition to change can be tough, and this is definitely the case with fire departments around the country that advocate for wider streets and less obstacles for thier trucks. But in some cities fire departments are active participants in design, helping to figure out what needs to be done in order to design streets for people even if that means potentially smaller vehicles. (Streetsblog USA)

If settlements are not mapped, they don’t exist in the eyes of the state. Worse, the people who live in the low-quality, self-built housing I detected at the periphery tend to be more marginalized already: often lower-income residents and migrants to the city.