By Chuck Quirmbach, Wisconsin Public Radio - May 22nd, 2018 11:05 am
Get a daily rundown of the top stories on Urban Milwaukee 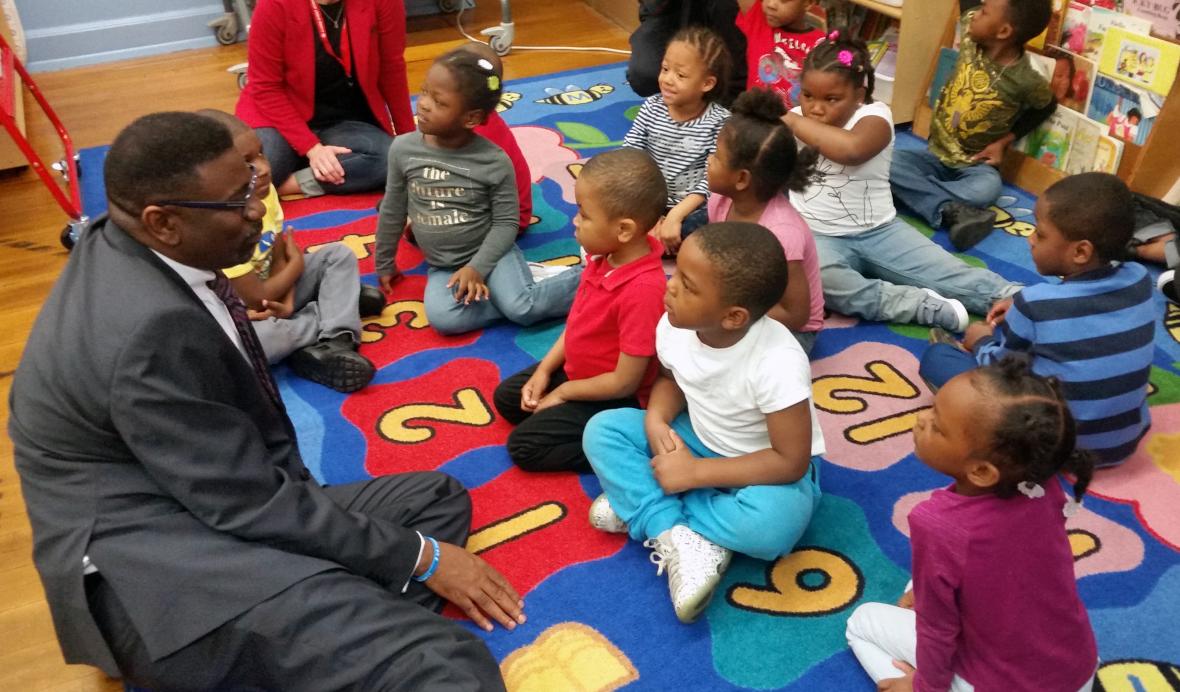 The new leader of Milwaukee Public Schools says he hopes the district will see enough improvements that talk of greater state oversight is taken “off the table.”

Keith Posley started as interim superintendent of Wisconsin’s largest school district on Monday, taking over for Darienne Driver, who left the post to become president and CEO of the United Way for Southeastern Michigan.

Posley takes over just one week after Gov. Scott Walker said it may be time to “shake things up” at MPS, referring to the possibility of an eventual state takeover.

Posley says he has a “laser-like focus” on seeing that kids are taught basics like math, reading and writing.

“That’s where we’re going. That’s where we’re gonna stay and making sure children come to school every single day, and also increasing our enrollment. And when we do those great things, all of the conversations are off the table,” Posley told WPR Monday, while visiting Clarke Street Elementary School in Milwaukee.

Posely added: “It’s not about the state having concerns about the idea of who we are. This is what we need to do for children. This is a human right, and this is something we should do for all children, and it’s my job and my responsibility, that has been entrusted in me to ensure that will happen and I will do just that.”

“Governor Walker looks forward to working with Dr. Keith Posley to ensure that every child has access to a great education. Governor Walker in the last budget invested a historic $11.5 billion into K-12 education that resulted in increased funding by $200 per student for every school in the state this year, and another $204 on top of that this fall,” Hasenberg said in a written statement.