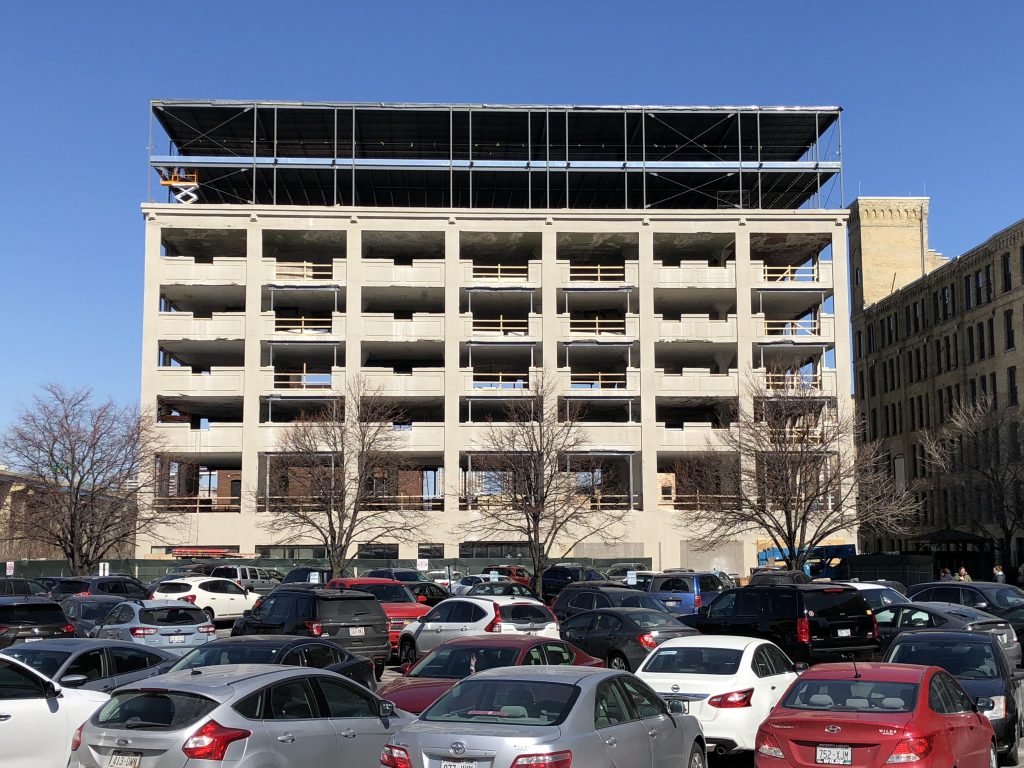 The Grainery. Photo by Jeramey Jannene.The

A long-vacant building, known as The Grainery, is being converted to apartments by developer David Winograd in Walker’s Point.

Winograd, through affiliated-firm LCM Funds 20 LLC, is converting the six-story building into 69 apartments. To facilitate the $10-million conversion two floors are being added to the top of the building at 720 W. Virginia St.

The building, which prior to expansion had 62,418 square-feet of office space according to city records, is part of The Tannery complex of historic industrial buildings that have since been redeveloped primarily into office space.

Work on the project is being led by frequent Winograd partner Robert Bach and his design-build firm P2 Development Company. American Architectural Group is listed as the architect of record. Winograd has purchased and redeveloped a number of buildings in Walker’s Point in recent years.

The rear of the building backs up to a Canadian Pacific rail line which runs past Linden Street Partners two apartment projects just to the east, before turning south towards Chicago.

The Tannery complex, much of which was once Pabst’s south side brewery and later the Pfister & Vogel Atlas Industrial Center, was redeveloped by Peter Moede in the 1990’s. Also under construction at the complex currently are two expansions of the River Place Lofts apartment complex, which is accessible only via W. Freshwater Way and operates as a gated community. The first phase of the project opened in 2016.

The project is clearly visible from the northbound lanes of High Rise Bridge (Interstate 43/94). Drivers have had plenty of extra time to monitor construction project recently as the bridge is undergoing repairs.

A rental listing gives the apartment count at 80 units with a completion date in 2019. 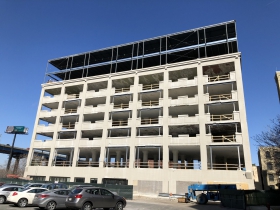 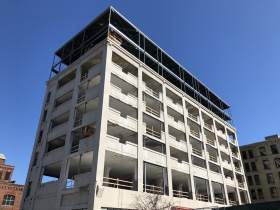 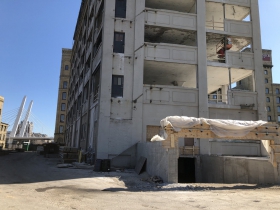 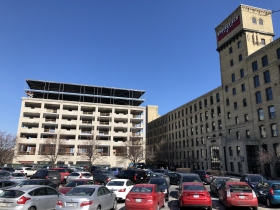 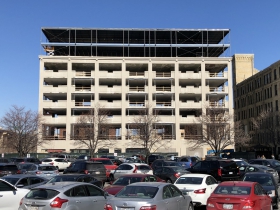 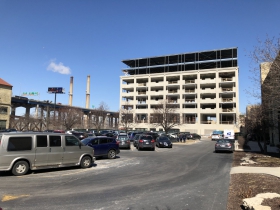