Milwaukee Bucks and Cousins Subs partner with Hunger Task Force on the campaign. 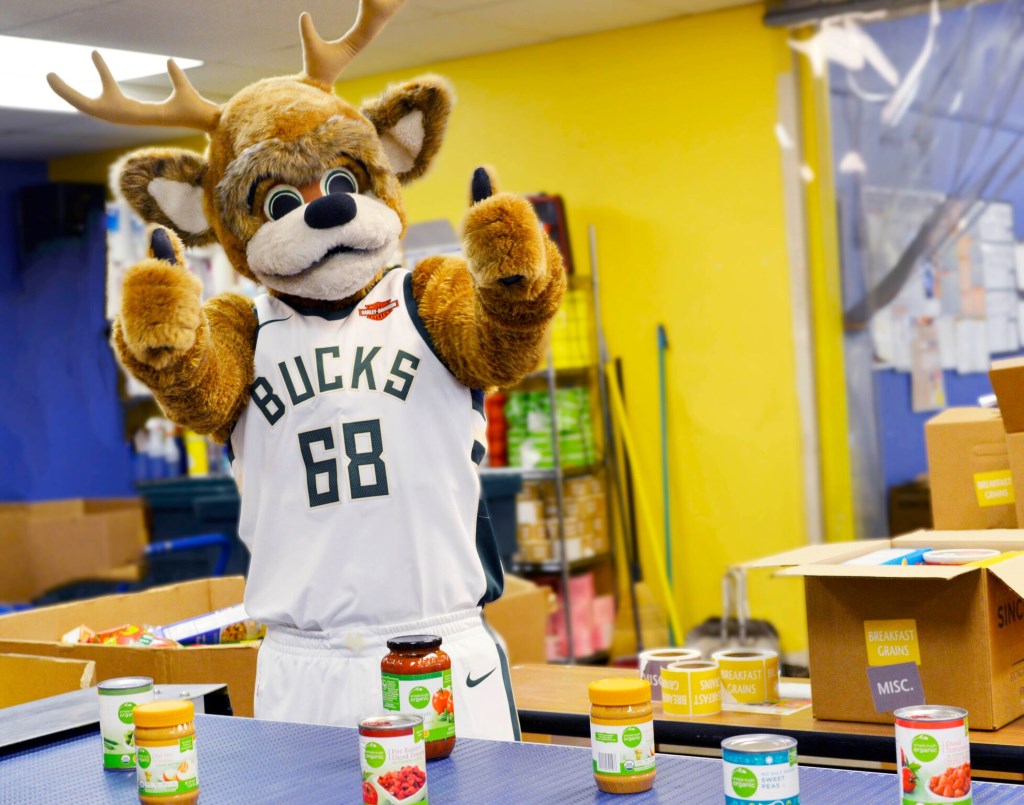 Partnering with Cousins Subs and the Hunger Task Force, the Milwaukee Bucks are using their skills on the court for the third annual “Block Out Hunger” campaign, an effort to help the many Milwaukeeans coping with food insecurity. The campaign runs through March 31.

As part of the campaign, for every shot the team blocks, Cousins will donate $50 (in honor of the team’s 50th anniversary) to the Hunger Task Force.

According to Kareeda Chones-Aguam, Bucks vice president of business strategy and activation, the Bucks are one of the top teams in the NBA in blocked shots, averaging 5.3 per game. Which makes this campaign a “perfect fit” for the Bucks, she says.

“We’re proud to be partnering with Cousins,” she adds.

Chelsea Schwabe, Cousins public relations and communications manager, says the Block Out Hunger campaign is a part of the business’s Make It Better foundation, which was launched in 2013. The foundation has three branches–youth education, health and wellness, and fighting hunger in the Milwaukee community. 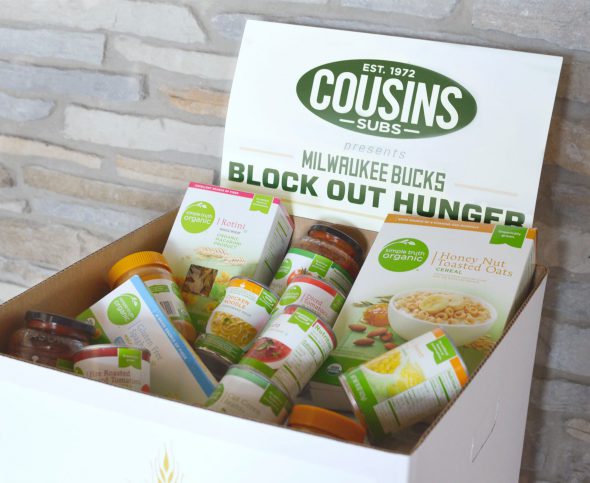 As part of the third annual Block Out Hunger campaign, Cousins Subs is offering a buy-one-get-one-free 7 1/2-inch sub and a Bucks ticket offer to those who donate three nonperishable food items. Photo courtesy of Cousins Subs.

Schwabe feels March is an ideal time for the campaign. Many people only donate to anti-hunger organizations around Christmas and Thanksgiving.

“Hunger is a year-round problem,” she says, noting that one in six children in the Milwaukee area live in poverty. “These are alarming stats.”

Schwabe says the fast food franchise, which originated in Milwaukee in 1972, doesn’t have a specific monetary goal for the campaign, although Cousins raised about $19,000 for Block Out Hunger at this time last year.

“We’re just cheering our partners on to block shots,” she says.

Those who donate three non-perishable food items will receive a buy-one-get-one-free 7 ½-inch sub, along with a Bucks ticket offer.

“We’re trying to create motivation to get donations for this very important cause,” says Schwabe.

Cousins, which works with 25 local food pantries including the Hunger Task Force, has brought attention to the Block Out Hunger campaign through news segments, social media, billboards and in-store promotional materials.

Bango, the Bucks mascot, brings a bit of fun to the campaign and helps draw in donations. After the campaign ends, he will be at the Hunger Task Force’s 201 S. Hawley Court location to dance and celebrate the efforts of the three partners.

“He’s always here to be a part of the community,” Chones-Aguam says.

Sherrie Tussler, executive director of the Hunger Task Force, says hunger is a serious problem for many Milwaukee residents.

According to Tussler, about 35,000 people visit food pantries in the city monthly. One in four children don’t know where their next meal is coming from, and many senior citizens living on social security benefits receive only about $15 in SNAP benefits.

According to Tussler, the affiliation with the Bucks has been very positive for the Hunger Task Force.

“The Block Out Hunger campaign is cool. It helps raise awareness within a venue such as the Bradley Center,” she says. Tussler notes that holding the campaign during March Madness is a good idea, as basketball fans are excited by the games.

Last year, Cousins donated nearly 10,500 pounds of food, which area pantries were very grateful for, says Schwabe. “They are so appreciative of this campaign. It’s what keeps us driven.”

She feels that food insecurity is a vast issue in Milwaukee, but many people don’t realize how pervasive it is. “The face of hunger is not what you’d expect. It could be your friend or your neighbor,” she says.

Luckily, campaigns such as Block Out Hunger make it easy for people to get involved. Schwabe urges people to stop in their nearest Cousins location to donate food.

For a list of acceptable items to donate, and for more information about the Block Out Hunger campaign, visit www.cousinssubs.com/blockouthunger.