From Hotel to Home in East Town

Vantage on the Park. Rendering by Kahler Slater.

A long-time East Town hotel is being transformed into apartments by a development group led by Michael Klein. The developer, in partnership with Jeno Cataldo and Derek Schneider, acquired the Park East Hotel in September 2017 for $9 million and set in motion an aggressive plan to transform the building into Vantage on the Park.

A penthouse floor is being added to the top of the five-story building at 916 E. State St. Once work is complete this fall, permits filed with the city indicate the 159-room hotel, originally built in 1959, will have become a 96-unit apartment building.

Construction on the project is being managed by Greenfire Management Services. Local architecture firm Kahler Slater is leading the design work on the project, including a new facade. Founders 3 will manage the property.

A website for the apartments is already available. Available units include a mix of studio, one- and two-bedroom units with sizes ranging from 631 to 15,46 square feet. Prices are listed as available upon request.

Building amenities are anticipated to include a rooftop deck and club room with lake view, fitness center and business center. Parking will be available in the parking deck at the rear of the site. The former hotel restaurant will be overhauled into a commercial space.

With the exception of Northwestern Mutual‘s 7Seventy7 apartment tower, Vantage on the Park is the only new apartment complex being constructed near the cluster of office buildings anchored by the US Bank Center and Northwestern Mutual Tower on the east end of Wisconsin Ave.

The hotel conversion is far from the only project Cataldo and Klein have underway. Construction is underway on a five-story, 96-unit apartment building at 1632 N. Franklin Pl., just south of E. Brady St. Meanwhile, the partners have another project lined up at 2900 N. Oakland Ave. A Cousins Subs recently closed to make way for a new five-story, 55-unit apartment building with first-floor commercial space. 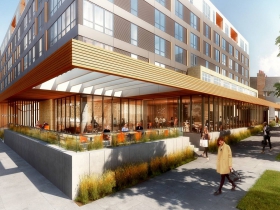 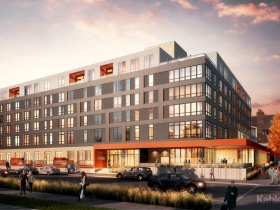 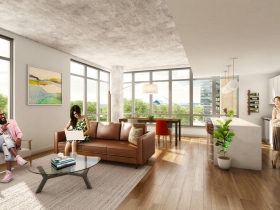 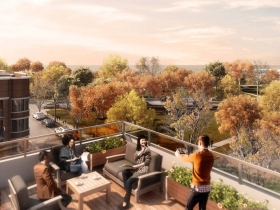 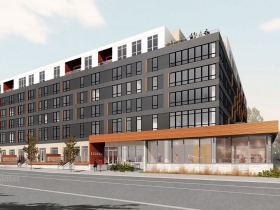 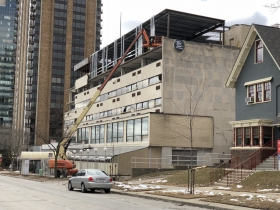 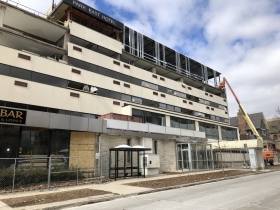 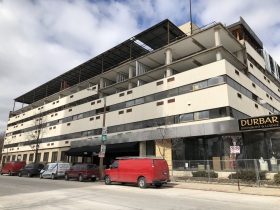 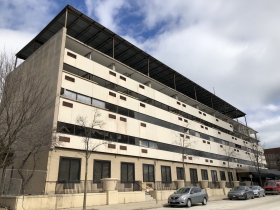 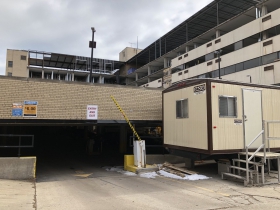 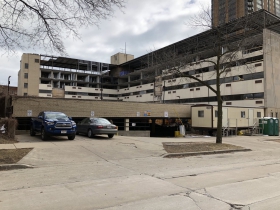 Urban Milwaukee broke the news that the Park East Hotel would close last September. The news wasn’t a complete surprise, as the hotel had lost its Comfort Inn & Suites flag in 2014. The hotel was assessed for $4.7 million at the time of its closure, much of which was tied to the value of the land.

A hotel consultant had previously told Urban Milwaukee that the loss of the national brand was a bad sign for the hotel’s future, and that given the rise of new hotels near Wisconsin Ave. the hotel was poorly suited to compete for guests.

Originally built as the Milwaukee Inn, the hotel opened in 1959 according to city records. Brothers Jay Walia and Rick Walia bought the hotel in 2003 from Towne Realty for $3.2 million. Towne had owned the hotel twice, acquiring it first in 1969 (selling in 1979) and buying it back in 1982 after developer Oliver Plunkett declared bankruptcy.

Starting in 1961, the hotel had a short-lived helicopter service, Milwaukee Helicopter Airways, that connected it with General Mitchell International Airport. The service offered rides from the hotel to and from General Mitchell (and five other destinations) for $5/person, carrying up to three passengers at a time.

After the Walia’s acquired the hotel, they cycled through a number of restaurant and bar concepts for the first-floor space, going from Aqua to Aura to Durbar in a period of ten years. 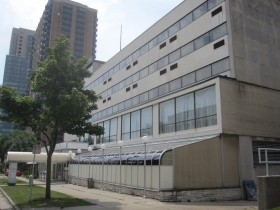 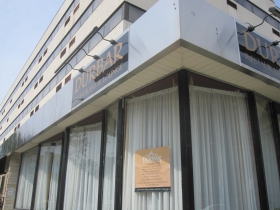 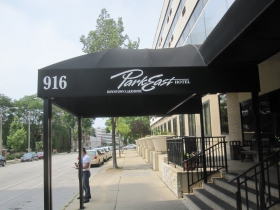 3 thoughts on “Friday Photos: From Hotel to Home in East Town”