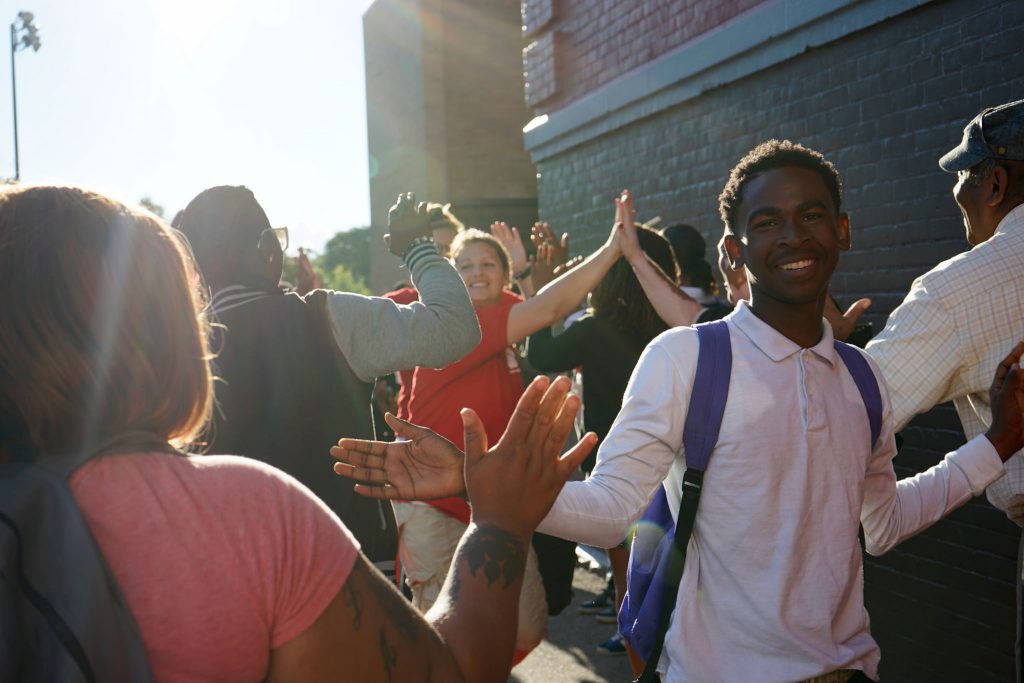 Milwaukee is making progress towards improving the life outlook for African-American boys and young men, according a new report from Campaign for Black Male Achievement, a national membership network. The campaign’s recently released “Promise of Place” report measured the progress of 50 cities across the United States.

“The Promise of Place report speaks to the deep investment that Milwaukee is making towards black and Latino achievement,” said Juan Baez, director of Milwaukee Public Schools’ Department of Black and Latino Male Achievement, created in May.

The report assessed progress in Milwaukee and other cities using an index score measuring five indicators, which together measure a city’s level of engagement. They include city-led commitment to supporting black men and boys, and the presence of national initiatives such as My Brother’s Keeper. Examples of increased support cited in the report also include creation of the Department of Black and Latino Male Achievement and the launch of the website MyBlackStory.us, which features positive stories about the efforts and impact of black leaders in Milwaukee. 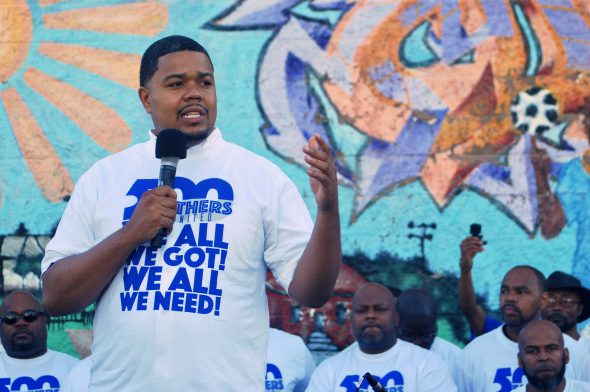 Milwaukee is one of five cities CBMA is targeting for additional resources due to its wide racial disparities, according to Shawn Dove, CEO of CBMA. CBMA facilitated a coordinated information exchange between Milwaukee officials and leaders from the Oakland Unified School District’s African-American Male Achievement Initiative.

“We are using those cities as our learning laboratories and proof points, sharing what we learn across the country,” Dove said. CBMA launched 10 years ago in what was intended to be a three-year campaign tied to President Barack Obama’s “My Brother’s Keeper” initiative. The Promise of Place report was created as a way to track the nation’s progress, he said.

Milwaukee’s higher score is a positive development, but hasn’t resulted in increased black male achievement yet, said Ald. Khalif Rainey, chair of the Black Male Achievement Advisory Council. The council, created as part of the city’s participation in national My Brother’s Keeper efforts, is in limbo since the firing last month of Mike Williams, former director of the city’s Community Engagement and Achievement Collaborative, Rainey said. The collaborative provides the human capital and infrastructure needed to advance the council, including oversight of the My Brother’s Keeper program and Milwaukee Fatherhood Initiative.

The Black Male Achievement Advisory Council released a five-year action plan in 2015, which outlined goals such as increasing graduation rates for students of color, improving the justice system and increasing the capacity of males of color to combat violence and victimization. Though some of those efforts have stagnated, according to Rainey, there have been successes, such as the Milwaukee Fatherhood Initiative and the 500 Fathers United initiative, and the establishment of a Center for Driver’s License Recovery and Employability. Still, he said, the increased engagement highlighted in the report, while significant, hasn’t translated into lower crime rates or higher graduation rates for black males in Milwaukee.

“We haven’t moved the needle yet and improved the quality of life in the city for black families, and that could be said for many cities,” Rainey said.

Baez also acknowledged that increased engagement hasn’t translated into better educational outcomes for black and Latino students at MPS, citing four-year graduation rates of 49 percent for African-American males and 57 percent for Latino males. But, he also cautioned against measuring the department’s success based on graduation rates.

“We didn’t get into the situation we’re in overnight. It took centuries,” Baez said.

The Department of Black Male Achievement has identified five key strategies aimed at leveling the playing field for black and Latino male students in the city, Baez said. The strategies have been shown to improve minority achievement in other cities, according to Baez. They include better school design, culture and climate; promoting positive narratives of young black and Latino males through a targeted media campaign; expanding manhood academies to more schools (they are now at Washington and Bradley Tech high schools) and hiring more male teachers of color. Currently, 71 percent of teachers at MPS are white and about half are female, Baez said.

“We’re not saying that white people can’t teach students of color, but research has shown that when students of color have instructors and teachers that look like them they do better,” he added.

The key to effectively implement the strategies will be to build upon the foundation that has been built and was noted in the report, Baez said.

“We have to meet the challenge and work together to do better and improve the lives of males of color in Milwaukee,” he added.