When the state deal with Taiwanese company Foxconn was first announced, the numbers were bold and clear: the company would get $3 billion in subsidies from the state and in turn would build a $10 billion plant and create 13,000 jobs.

That stood not just as the largest subsidy in state history, but the largest government subsidy to a foreign company in American history.

But the giveaway has continued to grow, while Foxconn’s required investment has shrunk. After legislation was passed approving the deal without determining the specifics, the Wisconsin Economic Development Agency hammered out the details that dropped Foxconn’s required investment in its new plant to just $9 billion. The Journal Sentinel has reported this, yet its stories keep referring to the $10 billion plant.

Meanwhile the Village of Mount Pleasant and Racine County agreed to give Foxconn $764 million in tax incentives. The measure also commits the state to paying 40 percent of local governments’ expenses for the plant “if ever called upon to do so.”

The state will also spend $30 million on a new two-mile road east of I-94 to be called “Wisconn Valley Way,” and aimed at easing traffic congestion near Foxconn’s plant.

And last week we learned the Walker administration will also siphon $134 million from the state transportation fund to widen and improve several local roads near the future Foxconn factory, as a report by the nonpartisan Legislative Fiscal Bureau disclosed. The Department of Transportation didn’t give the fiscal bureau an exact estimate for the local Foxconn roadwork when it was requested, but the bureau found the information “referenced in a grant application for $246.2 million in federal funds for the nearby I-94 project,” the Wisconsin State Journal reported.

Those roads include County KR, Braun Rd. and state Highway 11, according to Kevin Muhs, Deputy Director of the Southeastern Wisconsin Regional Planning Commission. The local roads will be turned into state highways so state transportation can be used on them.

The Foxconn development has also pushed the state to spend $252 million to expand I-94 from six to eight lanes from College Ave. in Milwaukee County south to Highway 142 in Kenosha County. While it was anticipated this would eventually be done, it was far from guaranteed, given huge shortfalls in the transportation fund and delays in other projects. What is certain is that the I-94 widening and $134 million in local road improvements by the state will lead to longer delays or cancellations of other projects in the state.

The state has also applied for $240 million federal grant to help pay for the I-94 widening.

Gov. Walker has also pledged to spend $6.8 million on an ad campaign to help attract out-of-state residents for Foxconn. “We need bodies,” he confessed. The Fiscal Bureau had estimated that about 10 percent of Foxconn workers will be Illinois residents, but a preliminary analysis commissioned by Walker’s Wisconsin Economic Development Corp. estimated as many as half of the construction workers and Foxconn workforce could come from other states, primarily Illinois, as the State Journal reported.

Meanwhile American Transmission Company has announced it will build a new substation to provide electric power to Foxconn at a cost of $140 million, which will then be charged to the 5 million customers of We Energies in southeast Wisconsin. The project “essentially would ask the public to contribute still more to Foxconn through higher electric rates,” the Journal Sentinel reported.

Foxconn has also been exempted from environmental regulations, and some experts believe this will cause pollution that might eventually require remediation paid for by taxpayers. And Foxconn’s newest demand is for its plant to be treated as a foreign trade zone, which could reduce its customs duties and cut the company’s costs. Odds are, it’s not the last demand the company will make.

Ald. Bob Bauman tallied the total costs for taxpayers in a speech before a Common Council committee and concluded it would cost $4.5 billion. That might be a tad high, unless you believe the I-94 widening would have never happened. But even without it, the total cost is nearly $4.1 billion, to get a $9 billion plant. That’s astounding: a cost of $1,774 per household in Wisconsin.

Back when the subsidy was $3 billion the Fiscal Bureau estimated it would take till 2043 or later for taxpayer to recoup all the money being spent, and even that was based on “speculative” figures on spinoff jobs, it noted. At $4.1 billion it’s safe to say it will take until 2050 to recoup those costs.

And for taxpayers outside southeast Wisconsin, it’s likely they will never see a full payoff, which may be why Walker seemed to be deemphasizing the issue in other parts of the state.

“This deal just keeps getting worse and worse,” Democratic gubernatorial candidate Tony Evers has charged. “Scott Walker should be ashamed of himself.”

More recently Walker touted the deal in Green Bay, saying “it’s going to be a big deal if we capitalize on it all over the state of Wisconsin. You can help do this first in construction phase, and secondly as we see the supply chain going forward.”

But Bauman says that’s far fetched: “I am doubtful there will ever be a return on the public investment even if the most optimistic projections of jobs and tax base are met,” he says via email. “I suspect Walker et. al. do not care. They will reap the short term political benefits but will be long gone by time the results (or lack thereof) start coming in regarding job growth and economic development.”

Correction: The Village of Mount Pleasant and Racine County agreed to give Foxconn $764 million in tax incentives, not Pleasant Prairie. 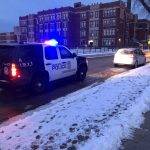