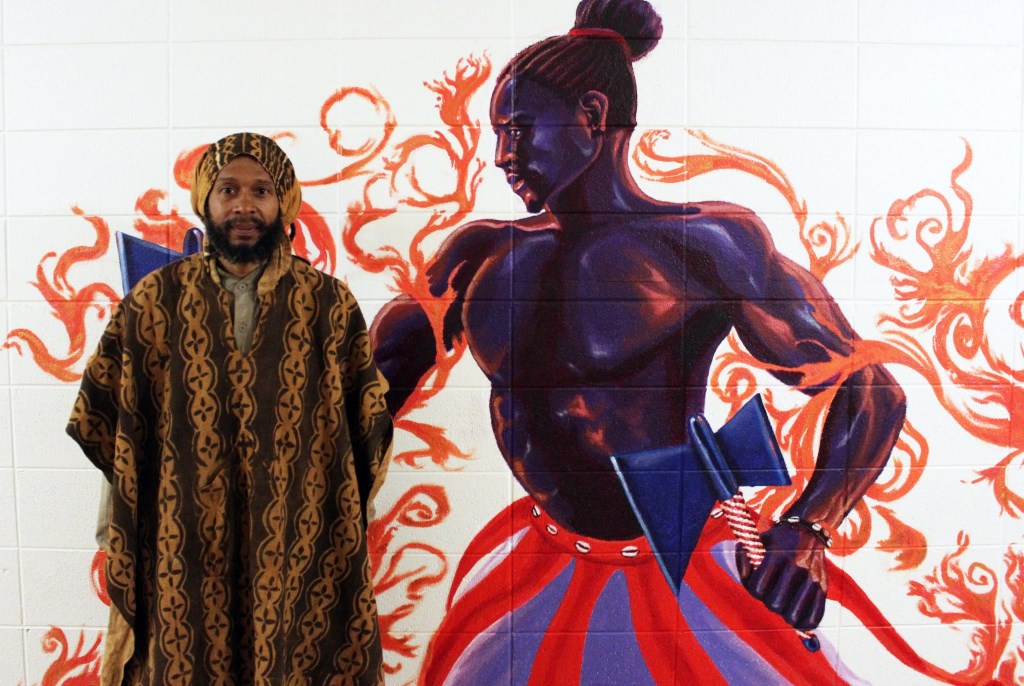 The Historic Garfield Apartments at 2215 N. 4th St. will open its doors to the first residents Nov. 1. The building is part of a larger development effort in the Bronzeville Cultural and Entertainment District. A collaboration between Maures Development Group and J. Jeffers & Co., the $17 million investment project also includes The Griot apartment building on the corner of 4th Street and North Avenue, which will open in spring 2018. The first floor of The Griot will house America’s Black Holocaust Museum, which has operated as a virtual museum since the building closed under financial pressure in 2008.

Activities took place on all four floors of the building during the event. On the first three floors, visitors were treated to live music, paint classes and spoken word. On the fourth floor, food was served and people danced to live music. Representatives from America’s Black Holocaust Museum set up tables to raise awareness about its reopening.

“The idea behind Bronzeville as a commercial district is about arts and culture and entertainment,” said Melissa Goins, president and founder of Maures Development Group. “The idea of bringing arts into the building was a no-brainer.”

She assembled an advisory group to help infuse art, culture and history into the development project. Members include Christopher McIntyre Perceptions, Della Wells and Dasha Kelly, who helped choose the artists to paint murals on the inside walls of the apartment. Each advisory group member also hosted a live art presentation on one of the building’s four floors.

Perceptions said bringing art into the space for the grand opening is a real-life manifestation of the art that decorates the building’s walls. His room on the first floor featured spoken word, music and live painting. “Milwaukee is like a city of illusions and a city of silos, so we decided to join the diversity of the city together in one building,” he said.

On the fourth floor, Karma Colby sold jewelry from her family’s business, Timbuktu Art Colony. She’s been living out of the state for 19 years, but this event brought her back home. “It feels good to be a part of something that’s really a blessing to the community,” Colby said, referring to the new apartments and America’s Black Holocaust Museum.

“Just to have that acknowledgement for African-American people, that’s really powerful,” she said. “We don’t think of what we have gone through as a holocaust, and it’s something to appreciate what our people have gone through, and the fact that they made it through is why were still here.”

The museum will officially reopen next year on June 19, also known as Juneteenth, the holiday commemorating the emancipation of African-American slaves throughout the 1860s.

Since the inception of the Bronzeville development project, the museum has been its focal point, or anchor, according to Reggie Jackson, the museum’s head griot. “Griot’ is a French word used in West Africa meaning oral historian, or keeper of the history, and it’s also the name of the apartment building that will house the museum.

Jackson said he’s looking forward to welcoming both people who visited the museum many years ago and young people who never had the opportunity to come and learn the stories of their ancestors.