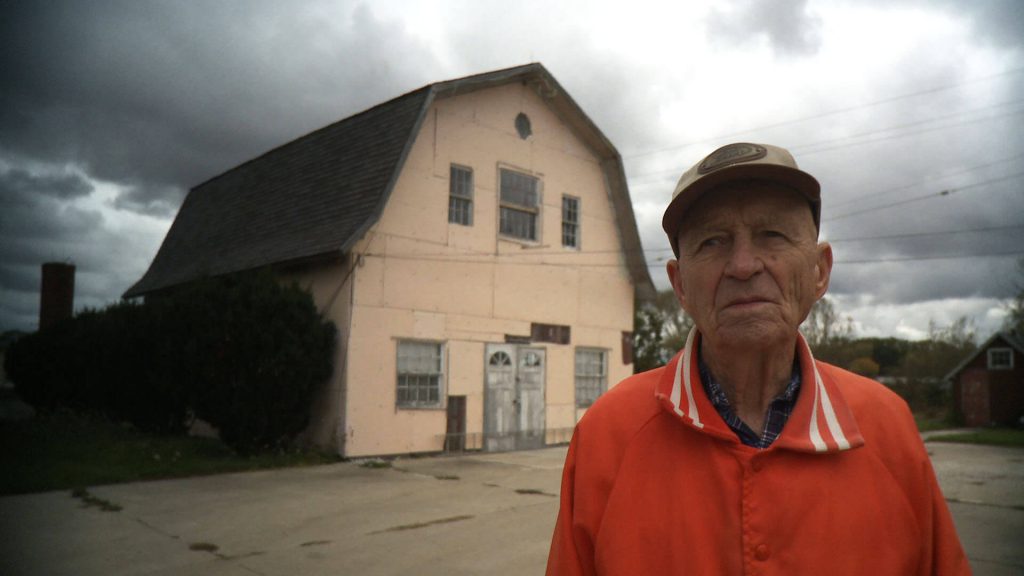 Study Natural Law. Most Wisconsinites don’t know what the phrase means, but many have encountered it while driving near the Illinois border. For years a large sign advertised the University of Lawsonomy and another encouraged drivers to study natural law. What did they mean? The documentary Manlife, directed by Milwaukeean Ryan Sarnowski, explores the man behind the signs and what they all mean.

Anyone driving on I-94 in years past couldn’t help but notice the barn with “Study Natural Law” plastered on its side and wonder what it meant. The riveting Manlife shows us truth is stranger than fiction. The barn speaks of the life’s work of Alfred Lawson: baseball player, inventor of the airliner, and creator of an economic/spiritual/philosophical movement known as Lawsonomy. But equally fascinating is the story of the man who has singlehandedly kept Lawsonomy alive for decades: Merle Hayden, Lawson’s last crusader and a man apart in the modern world.