By Andrea Waxman, Milwaukee Neighborhood News Service - Sep 12th, 2017 10:21 am
Get a daily rundown of the top stories on Urban Milwaukee 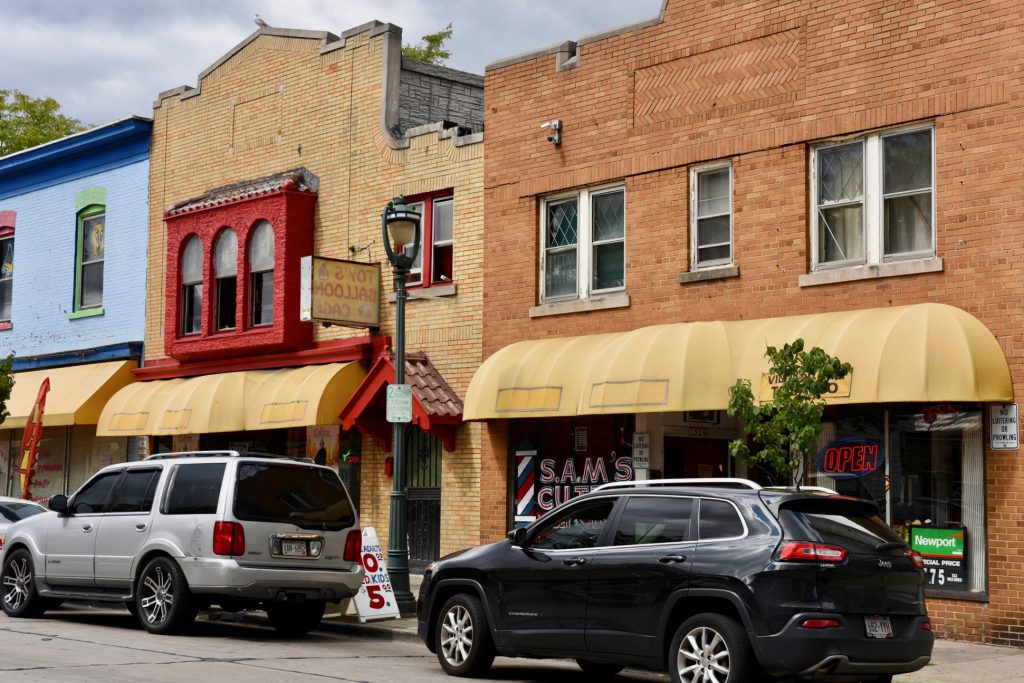 Ossie Kendrix, the new president and CEO of the African American Chamber of Commerce of Wisconsin, sees himself as an agent of change. One change he’s planning is to move the chamber, which will celebrate its 25th anniversary in April, from downtown to the Innovations and Wellness Commons in Lindsay Heights.

“I love the entrepreneurial synergy” there, where the Juice Kitchen, Tandem restaurant and the chamber’s partner organization, the Social Development Commission (SDC), are located, Kendrix said.

The Commons is located on a major corridor close to downtown and is “in the community, where the chamber is most needed,” Kendrix said. Construction is expected to start on Phase Two of the Commons next year. The chamber’s current lease will expire in January 2019.

Kendrix plans to begin a strategic planning process in January. He and his new board are “building the chamber of the future” by focusing on helping members grow their businesses and expand their access to capital. Their top priorities include creating a business-growth training program and expanding the revolving loan fund, established in 2014. Plans include transforming the fund into a Community Development Financial Institution(CDFI), which would enable the chamber to seek federal funds, according to Kendrix, who became the president and CEO on May 1.

Borrowing money for business development has been a challenge for African-Americans in Milwaukee, Kendrix said. “That essentially is (the reason) our revolving loan fund was started, to serve as a micro-lending (tool) to assist start-ups and existing small businesses,” he added. 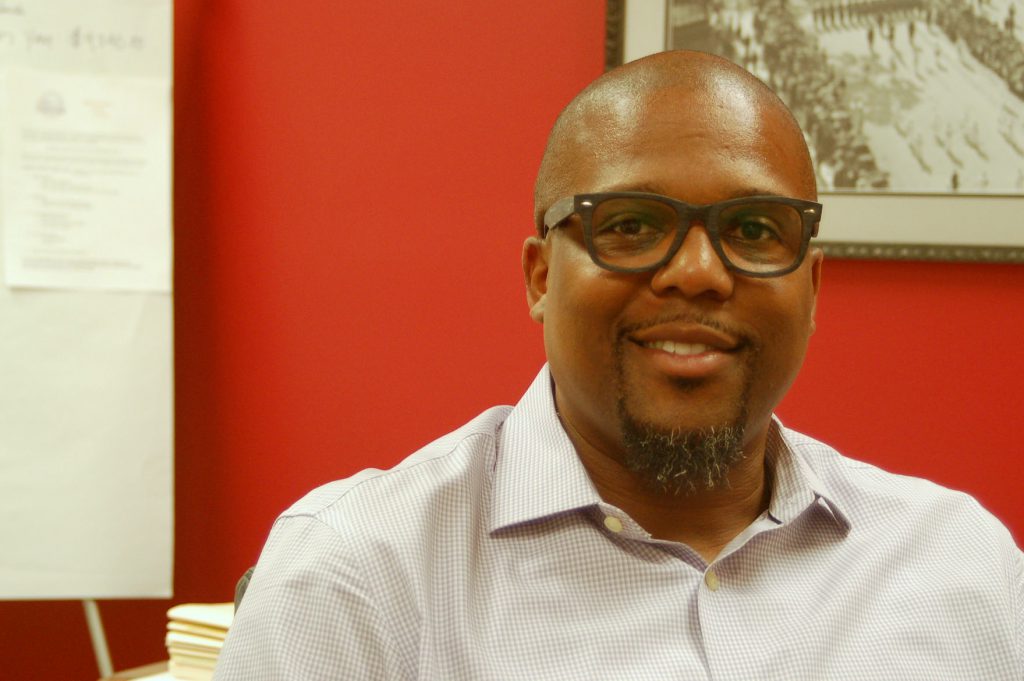 Ossie Kendrix plans to enhance the benefits of membership in the African American Chamber of Commerce under his leadership, which began May 1. (Photo by Andrea Waxman)

“Access to capital is a major need … as we look at commercial development, not just on the Near West Side but in the other urban corridors and centers outside of downtown,” he said.

Kendrix said the chamber, which extended 10 loans from the revolving fund in the last three years, now has 18 applicants seeking loans.

“We would like to raise the cap from $35,000 to $150,000. As we work to build the capacity of African-American owned businesses, their needs are going to increase, as well, so we will have to evolve to a higher cap to continue meeting the need,” Kendrix said.

Wanda Montgomery, who was recently elected board chair, said the chamber knows that many members and potential members have full-time jobs and are simultaneously developing entrepreneurial projects. Trying to step out on their own is difficult and time consuming and “though they may have an excellent product, they (often) become stagnant,” Montgomery said.

To meet this need, the chamber plans to launch a new capacity-building program in January, which will provide technical assistance and connect members with opportunities for growth. The chamber has retained a consultant, P3 Development Group to develop the program, Kendrix said.

The first nine to 12 months of the capacity-building program will provide hands-on skills training. During the next six months, participants will get follow-up assistance. Limiting the cohorts to five participants is intended to keep them manageable and cost effective, said Kendrix, who established a similar program when he headed the city’s Office of Small Business Development.

Daphne Jones, owner of Glorious Malone’s Fine Sausage, Inc., 300 W. Walnut St., has found such training helpful in the past.

“The best thing for me was actually being able to get outside of my plant where I’m working all the time,” and work on the business instead of in it, Jones said. Being among members who are focusing on their businesses gave her a different perspective, she said. “As a businessperson, it’s good to …  have someone cheering you on” as well as raising questions and suggesting new ideas.

In addition to problems accessing capital, challenges facing the African-American business community include lack of investment by community members who do not “buy local,” said Deshea Agee, executive director of the Historic King Drive BID.

“If people understood the value of their dollars and did not decide to take them out of the community, we would have more successful businesses within the community,” Agee said.

Another challenge is that “the Milwaukee business community in general is conservative and static,” said Denise Thomas, owner of The Effective Communication Coach, LLC. Thomas came to Milwaukee from Indiana to work for Rockwell Automation in 2003. She later was a corporate executive at G.E. Medical (now G.E. Healthcare) and, until last month, at MillerCoors.

“If Milwaukee is truly going to evolve into the nation’s next ‘go-to’ city,” which it is positioning itself to do with the “huge infrastructure development projects” that are in progress, it needs to understand that the population is diversifying, Thomas said. “Ten, 15, 20 years ago, one out of every 10 residents of Milwaukee may have been a person of color, but that is now going to change … to maybe even five out of every 10,” she said.

“The change of generations, ethnicity and race impacts … how the city functions, how it grows, how it evolves,” Thomas said. She added that the chamber, under Kendrix’s leadership, is considering how to elevate black-owned businesses so they attract people who don’t live in Milwaukee. “The African-American business community needs people from outside our community to patronize our businesses.”

Kendrix, a Milwaukee native, grew up in Sherman Park. A graduate of UWM and Drake University, where he earned a master’s degree in public administration, he has built a reputation as a business expert. In addition to his 10-year-old real estate company and his work with the city, he has been a program consultant at the Urban Entrepreneur Partnership, a national initiative to promote inner city entrepreneurship and job growth. Most recently, Kendrix was deputy state director for U.S. Sen. Tammy Baldwin.

In addition to Kendrix’s skills and experience, “his ability to connect people is going to be an asset to the chamber,” Agee said.

For the first time in recent history, the chamber has a full board of 15 people with a variety of experience as small business owners, attorneys, bankers and corporate employees, Montgomery said.

She added that the chamber is hearing about new businesses opening in the community every day. “We certainly look forward to connecting with all of those people … and letting them know there is value in being a member.”