The World’s Most Unique Guitar Festival 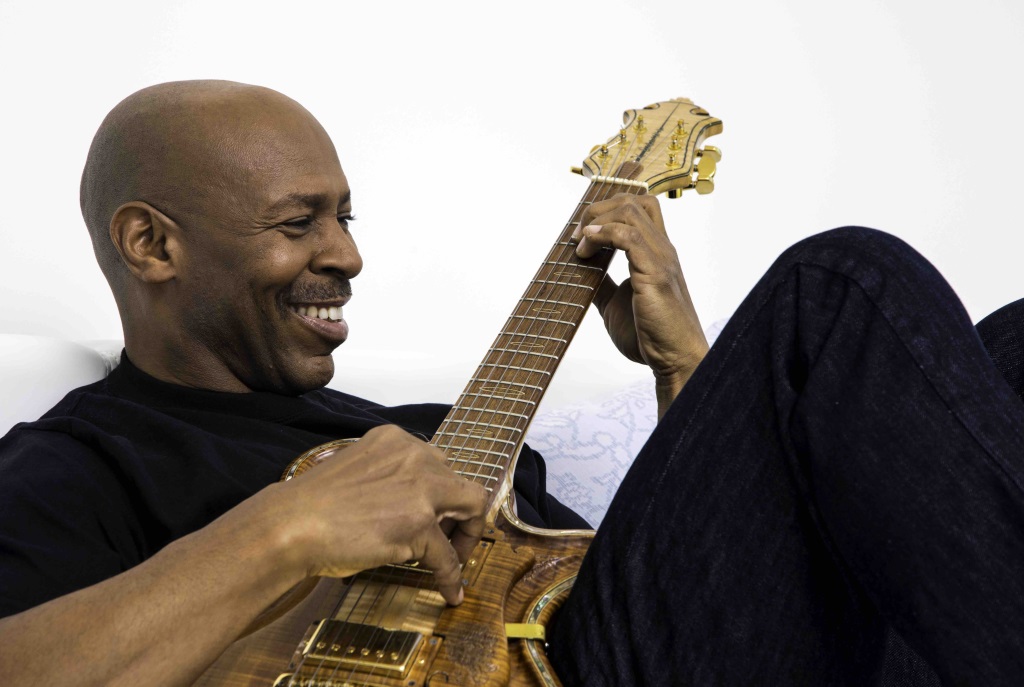 Get ready for some of the finest guitar strumming, shredding, slapping, picking and playing to be found on any part of the globe. The Wilson Center Guitar Festival takes place August 17-19 — a three-day celebration of guitar with five headlining performers who cover four genres of guitar music–Rock & Blues, Jazz, Fingerstyle, and Classical.

The festival allows audiences to watch semi-finalists compete for up to $32,000 in cash prizes and treat themselves to performances by Kevin Eubanks, the Beijing Guitar Duo, Mike Dawes and Antoine Dufour, all of whom will also help judge the contestants.

Next week, 76 semi-finalists from 63 cities around the world travel to the Sharon Lynne Wilson Center for the Arts in Brookfield, WI to compete for their share of prize money. Now in its fifth year, this is the only guitar festival in the world to feature the four different genres of music.

The 2017 Festival will include master classes led by some of today’s best guitarists, a vendor hall filled with the latest and greatest in guitar gear, live music from local artists, an exhibit of rare guitars from The Eisner Collection, and ticketed headliner concerts. The latter will include performances by the renowned classical ensemble Beijing Guitar Duo (Aug. 17); fingerstyle legends Antoine Dufour and Mike Dawes (Aug. 18); and modern-day jazz prophet and former band leader of The Tonight Show Kevin Eubanks (Aug. 19).

Eubanks spent 18 years as the former bandleader on The Tonight Show when Jay Leno hosted, and will serve as one of the headliners and judges of the competition.

So, what will Eubanks be keeping eyes and ears on while judging?

“Mostly I look for originality,” Eubanks said on a phone call last week while vacationing in Alaska. “Looking for original sounds. I hope everyone sounds different but it’s most important they feel what they’re playing. I don’t focus so much on technique but rather what they’re trying to express.”

The initial preliminary round of judging took place via YouTube video submissions. From the pool of YouTube and DVD applications, jurors selected the semi-finalists who have been invited to compete in the live semi-final rounds at the Wilson Center.

Legendary jazz trumpeter Freddie Hubbard, upon hearing Eubanks play the guitar, told him he had nothing to worry about because Eubanks had his own sound. “As long as you’ve got your own sound, you’re being yourself,” Hubbard told him. “Express yourself. The more people who hear your sound, the more people will identify you with it.”

As a kid, Eubanks was trained in violin, trumpet, and piano and later attended Berklee College of Music in Boston. He then moved to New York to begin his professional career.

A jazz master now, Eubanks grew up playing hard rock like most young musicians. “I grew up listening to a lot of rock music,” Eubanks said. “I was into Deep Purple, Black Sabbath.”

Eubanks said he always enjoyed the work of the band Chicago, particularly the play of late guitarist Terry Kath.

“I was talking to one of the band members a while ago and they thanked me for bringing them up a lot,” Eubanks said. “I told them I knew Terry died a long time ago (1978 ) but I wanted them to know I was sorry about his death. I always liked his sound, really had some grit to it. I was nuts about Chicago.”

While using or not using a guitar pick is a personal preference, Eubanks doesn’t know why they invented picks in the first place. “It’s the touch,” Eubanks said. “It’s the metal with the fingers that makes the music. People put too much emphasis on the instrument. It all starts with them, the guitar is just a tool.”

Eubanks says he’s often asked why he prefers not using a pick, and never tires of explaining.

“Why would you play with a pick? I’ve got five fingers. You use all your fingers to type. It’s more intimate without a pick. You’re touching the guitar with your hand and torso.”

Eubanks says the country is divided and music is one way to deal with the strain.

“We always need the arts, not just music. People are going to make music, movies, that’s what we do. We’re creative beings. Birds build their nests. We make art.”

“A lot of artists today are afraid to speak out, it’s bad for business,” Eubanks said. “Corporations don’t want to mess with their customer base, more interested in the bottom line. The idea of making young people aware or invigorating them doesn’t seem as relevant as it once was.”

And that’s a loss, he says. “Art should keep you plugged into the world. Let people make up their own minds about what’s going on.”

Just like with fishing, it’s all about teaching yourself.

Tickets for the headlining shows are still available. You can purchase them here. http://www.wilson-center.com