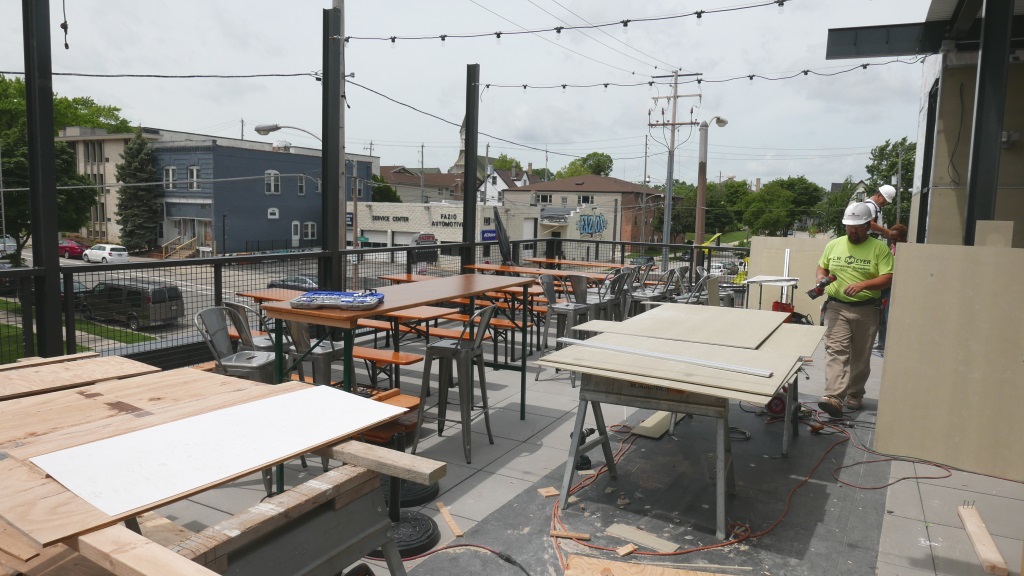 It was about lunchtime Thursday at Good City Brewing and pneumatic nail guns were firing, painters were painting, table saws were buzzing, and the owners were giving a gaggle of media folks a look at the new additions to their taproom.

Some of the furnishings were still being added. But through the sawdust the additions were beginning to take shape.

Though not quite finished, the Good City additions are expected to be complete by July 1, even if they’re not officially opened to the public that day. These additions are a beer hall dubbed Good City Hall and a rooftop bier garden.

The hall will seat more than 100, and the rooftop will also seat more than 100. In the weeks to come, the owners, David Dupee and Dan Katt, expect to see more customers and revenue for their business that has exploded in its first year.

Good City purchased the space just south of their business, formerly occupied by Crank Daddy’s Bike Shop. In it they built the hall, a second kitchen and additional production space for their beer.

The added production space is going to double their production from 2,500 barrels a year to more than 5,000 over the next year. More beer will likely be mean more expansion, as Katt said the oldest stock they have today was finished June 5.

“Freshman year is over,” Katt said.

Good City currently has 40 employees and they are looking to hire at least eight more for the tap room.

The new kitchen, chef Guy Davies said, will expand the the culinary possibilities and production. With the new kitchen they will be able to cater large events and hold more beer dinners. They also have a fish fry planned. “Just so many more possibilities,” Davies said.

Along with expanding the capacity, easing the stress on Davies and the cooking staff means he can branch out and add some new plates to their traditional menu.

The hall itself can be reserved for parties and events. Until now, they haven’t been able to hold a large private event, out of deference to their taproom customers that don’t want Good City closed to the public for some weekend night.

“We’ve been turning down a lot of private events,” said Katt.

When the hall isn’t reserved, it will serve as an overflow space for the tap room with its second bar. They also plan to host live music in the hall. And an added bonus, Dupee said there will be a bean bag (or “cornhole” depending on where you’re from) game set up in the hall.

Also, with the extra room and new stuff, Good City’s tours will naturally be bigger. Partakers will get a token good for one beer at establishments that serve Good City products.

Up on the roof, the bier garden will be a place of strictly beer. Eight taps (already running) sit behind the bar. 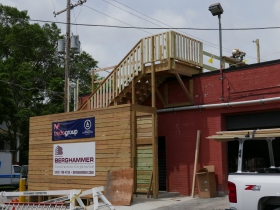 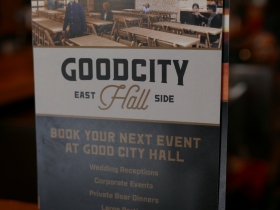 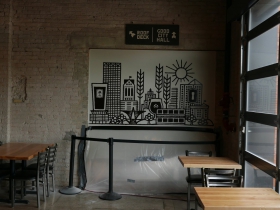 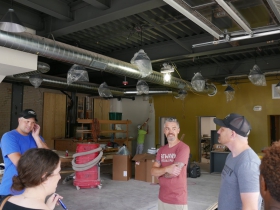 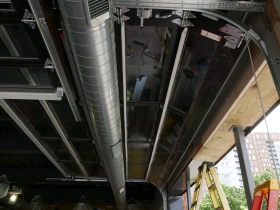 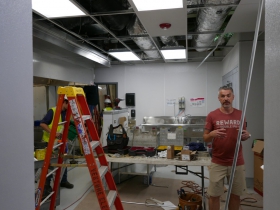 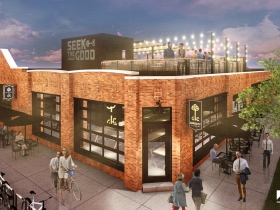 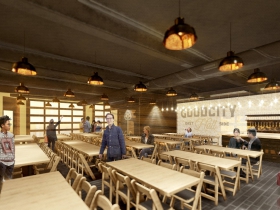