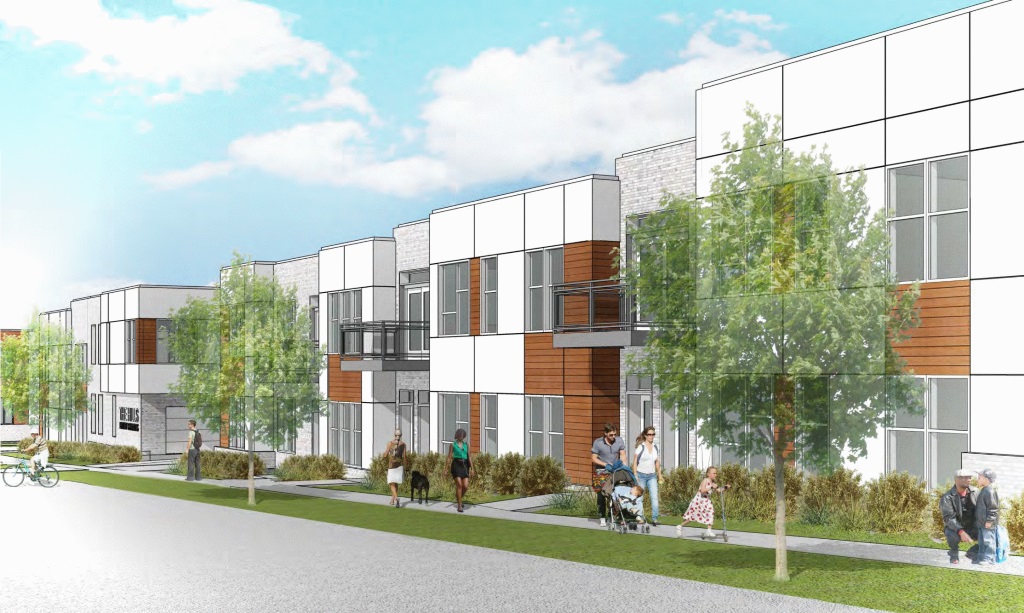 What had been a project including two four-story buildings and 84 units has been changed to four buildings and 30, larger-sized units. The apartments would be divided between three of the buildings and the fourth building would have a clubhouse and community space for the residents.

This project is one part of a larger, multi-phase redevelopment effort by Royal Capital Group, LLC called The Hills Luxury Commons. This four-building portion of that development went before the commission seeking approval of zoning, and passed, 6-1, with only Commissioner Stephanie Bloomingdale voting in opposition.

Although the number of units has decreased, they’ve been upscaled from one- and two-bedroom units, to two- and three-bedroom units with a den. And along with the clubhouse, the site plan features a playground, and shared grilling area and patio.

Terrell Walter, a project manager with Royal Capital, said the new designs are modeled after ones his firm has had success with in Madison.

“We understand the Brewers’ Hill community is a family neighborhood, and thought we’d like to see if this opportunity would work well for this site,” Walter said.

Kevin Newell, president of Royal Capital, said the changes will actually decrease the pricing per square foot for the units. He also said the plans were a “response to the market, primarily due to the young families wanting to live in the urban quarter.”

Molly Booth, president of the Historic Brewers Hill Association, addressed the commission in favor of the project, but said the group still has concerns about the project’s design details. Specifically, the white-fiber cement board used as siding for the building. Booth said the siding doesn’t match the natural material colors used in the neighborhood and that the association would prefer a softer color.

Walter said Royal Capital will continue to meet and work with the local association and that his firm values their input. He also noted that the latest plans include more masonry than cement board, and additional wood siding.

Commissioner Whitney Gould said the city zoning code doesn’t regulate color, adding that, “All buildings are a product of their time, and in this case you’ve got good architects, good developer who are trying to do something contemporary that is still sensitive to the neighborhood.”

Bloomingdale voted in opposition to the zoning, and told the developers, “I would have hoped that you could have gotten it settled out with the community group, because it seems that you all have had some serious history.” 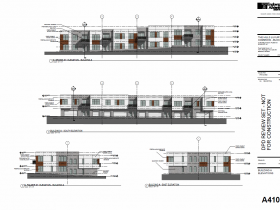 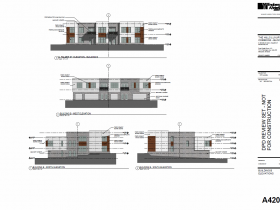 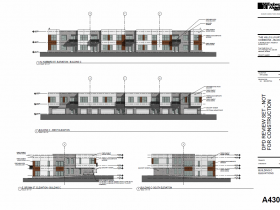 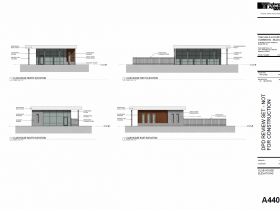 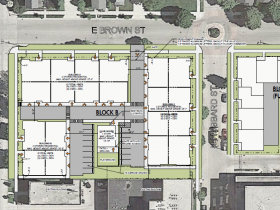 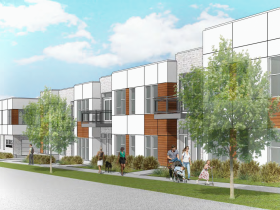