The organization is relocating to the Running Rebels facility where it all began.

By Camille Paul, Milwaukee Neighborhood News Service - May 8th, 2017 01:22 pm
Get a daily rundown of the top stories on Urban Milwaukee 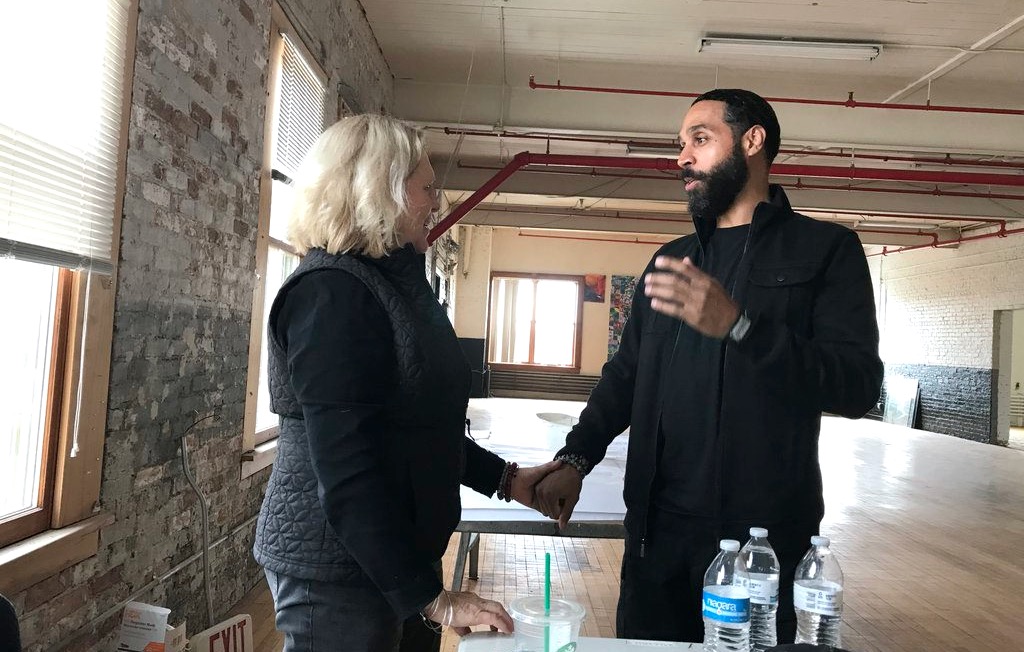 Express Yourself Milwaukee opened its first studio in 2007, on the first floor of the Running Rebels building at 1300 W. Fond Du Lac Ave.

Lori Vance, executive director of Express Yourself, said the arts group started by using her office in the building for staff meetings. “When we were ready to start programming, we opened a studio in a small portion of the first floor.” 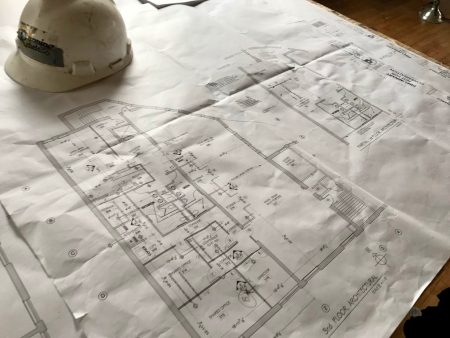 Express Yourself Milwaukee will have more than 6,000 square feet of usable space in the new location at Running Rebels Central. Photo by Camille Paul.

After three years at the facility, Express Yourself moved to 3331 W. Lisbon Ave. Now, the nonprofit organization is in the process of relocating to the Running Rebels facility where it all began.

ExYo is a nonprofit organization that uses artistic expression to provide youths an alternative to violence and street life. “ExYo is growing. We serve about 1,100 kids in a year,” said Vance.

“One things that’s exciting about the partnership with Running Rebels is that they work with a lot of the same kids as us,” she added.

ExYo is renovating a space on the third floor, and plans on unveiling its new studio to the public by the end of June. The studio has more than 6,000 square feet of usable space. There is also a recording studio and a loading dock to help move artwork and large pieces for shows outside the building.

Running Rebels recently purchased a building on 225 W. Capital and will be moving most of its programming there, while keeping some at the original location, according to Dawn Barnett, co-executive director.

Vance noted, “They were looking for an anchor tenant in this building and it was the right time for us so we said, ‘Let’s do it.’”

“We’ve always viewed them as family,” said Capollo Free, an advocate case manager, who has worked at Running Rebels for nine years. “I was excited and glad to see them back. I was sad when they left. Their organization played a vital role in providing services to the at-risk populations.”

Victor Barnett founded Running Rebels in 1980, in an effort to keep young people away from gang life. The organization acquired Running Rebels East, the new location, last December. Co-executive director Dawn Barnett said the new space was too great an opportunity to pass up.

“We have been short on space for some time and have needed a gymnasium and additional office space for programming,” said Barnett. “Once we got it, we were thinking about an organization to co-locate with, and Express Yourself was our first choice.”

ExYo and Running Rebels plan to collaborate on programs to give students positive activities to pursue.

“I think more partnering needs to be done in the community,” said Barnett.”  “As resources get slimmer and issues in the community grow, we need organizations to come together and help.