Two big romantic works may be sensory overload, but what a treat. 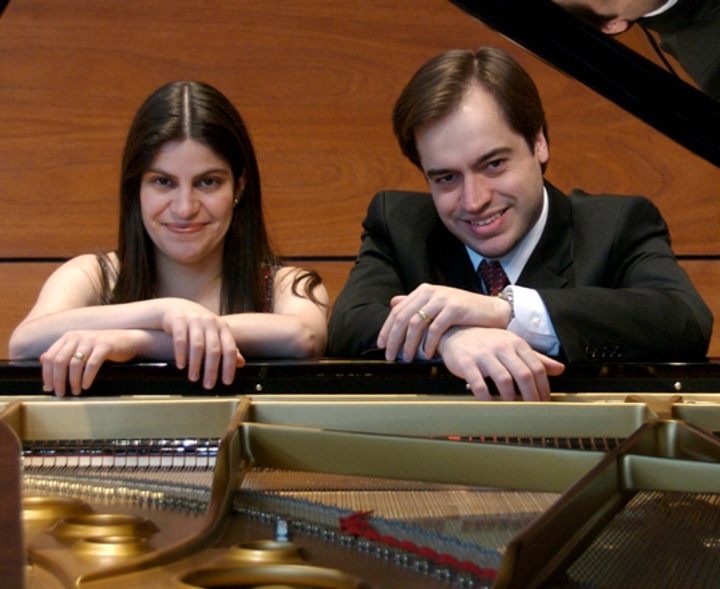 The Fine Arts Quartet completes its 2016-17 season at the University of Wisconsin-Milwaukee Sunday afternoon with a concert focused on two masterworks by Robert Schumann. Schumann wrote dense, exciting music that expanded the world of chamber music, creating the kind of drama usually reserved for an orchestra. This is particularly true of his quartet and quintet for piano and strings. These two works are particularly challenging for the pianist. The FAQ will manage this concern by engaging two pianists — the Witkowski Duo — to split the responsibility.

Brazilian pianists Fabio and Gisele Witkowski now live and teach in the United States. They have maintained an active schedule of recitals around the world, including Carnegie Hall, Kennedy Center, China, the Amalfi Coast Music Festival in Italy and many appearances with orchestras around South America. Concerts with chamber players have also been an important part of their schedule. The Duo played with the Fine Arts Quartet last year in Italy. 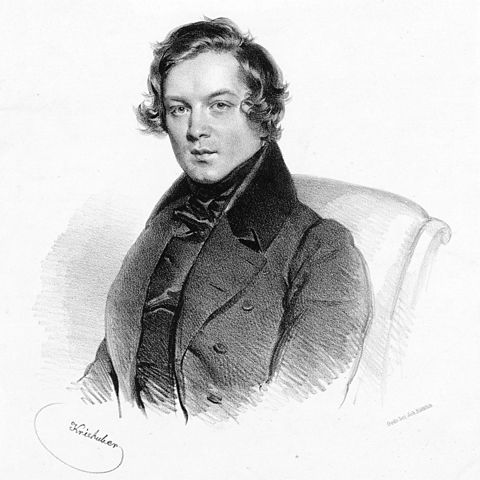 Robert Schumann – 1839 lithograph by Josef Kriehuber. Photo is in the Public Domain.

Schumann’s Piano Quartet in E flat, Op 47 (1842) opens with measured hymn-like harmonies in the strings, only to be interrupted by an aggressive piano exposition. The pace remains driven through much of the rest of the quartet, excepting a cantabile slow movement featuring cello and viola in an impassioned Romantic melody. Schumann manages to embed brilliant lyrical themes even within an exuberant Finale, ending in a complex, rapidly-paced fugue.

Either of the two works would crown a concert, leaving players exhausted and audience exhilarated. To hear both in one sitting may be sensory overload, but of the very best kind.

The Fine Arts Quartet produced a CD of the two Schumann works in 2012. John David Moore, writing for American Record Guide found the recordings to be “[A] sophisticated and perceptive reading, largely because of the artistry of the Fine Arts Quartet, whose attentive, nuanced playing sets the performance apart from so many merely adequate readings…It is [that] artistry that generates vibrant readings of all these Schumann works. The performances reveal the huge variety of musical expression in these works, the shifts in character, the often surprising interplay of parts, and the wealth of instrumental color.”

The Witkowski Duo will also play several short Brazilian works for piano four-hands, each featuring the complex rhythms and energy of Brazilian dance: Gaiety of a Children’s Band (from Carnaval das crianças), W157, (1919)) by Heitor Villa-Lobos (1887-1959) and several small works (No Fundo do Meu Quintal, Lundu, and Congada) by Francisco Paulo Mignone (1897-1986). Considered the greatest Brazilian classical composer after Villa-Lobos, Mignone used folk and popular melodies and forms of his native Brazil as a basis for his compositions.

The April 30 concert begins at 3:00 p.m. and will be preceded by a pre-talk at 2:00 p.m. Tickets may be purchased on-line at the Peck School of the Arts box office or at 414-229-4308. Tickets are a bargain $10 ($5 students). The Zelazo Center is located at 2419 E. Kenwood Blvd. Parking is available in the Zelazo Center lot, to the south of the building, and in the Union parking garage across Kenwood Boulevard. (Parking is no longer free on Sundays.)

The final, 55th Fine Arts Quartet season (including Summer Evenings of Music) at UW-Milwaukee will be free and open to the public. Series ticket subscribers can still reserve SEOM seats during an advance ticket window, May 1 through May 18, at the Zelazo Box Office. The general community can begin requesting seats on Friday, May 19. Concert date and guest artist information is available online (as always, guests and programs are subject to change). The Box Office will announce at a later date when the final academic season tickets will become available.