They will be called Victory Manor, a 60-unit apartment complex, and Westlawn Gardens, comprised of 30 separate townhouse units.

Development of these units is part of a sweeping effort to redevelop the Westlawn Public Housing development and turn the area that once housed 394 low-income public housing units into more than 700 mixed-income units.

City and Housing Authority officials hope to leverage local investment in the area with the new developments.

“It’s not only what Westlawn signifies to people that live around there or conduct business there,” says Antonio Perez, secretary-executive director of HACM, “but also how could we be seen, as not only a reasonable neighbor, but better yet, a neighbor that was bringing investment to the area.”

Construction contracts for the two new sites are currently out for bidding and will close Feb. 20, Williams says.

The Victory Manor apartment complex will feature 54 affordable and six market rate units. Also, 15 of the units will have supportive services for veterans.

The $14.5 million Victory Manor project is being financed through a $1.4 million WHEDA loan, $6.6 million in funding from the housing authority, $300,000 from a community development block grant (CDBG) and $6.2 million in tax credit equity.

The 30 new townhouse units for Westlawn Gardens will all be affordable housing. The $7.5 million financing for that project is being financed with a $1.6 million WHEDA loan, $3 million in funding from HACM, $300,000 from CDBG and $2.6 million in tax credit equity.

During the six-year, six-phase redevelopment of Westlawn, over 350 families will be relocated. It was important to the housing authority that some of the investment be in human capital, Perez says.

As part of the $30 million choice neighborhood grant the project received from the federal Department of Housing and Urban Development in 2015, residents will have access to case management, employment and job training services and educational development for children as they are navigate other public housing or gain Section 8 housing assistance during their relocation. 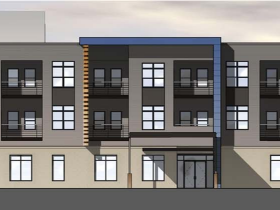 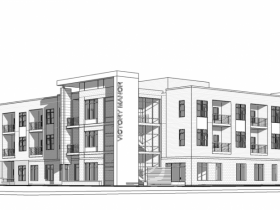 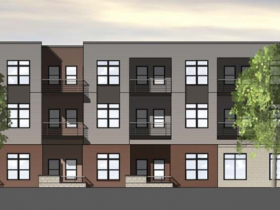 One thought on “Rebuilding The State’s Largest Housing Complex”