By Edgar Mendez, Milwaukee Neighborhood News Service - Jan 23rd, 2017 09:43 am
Get a daily rundown of the top stories on Urban Milwaukee 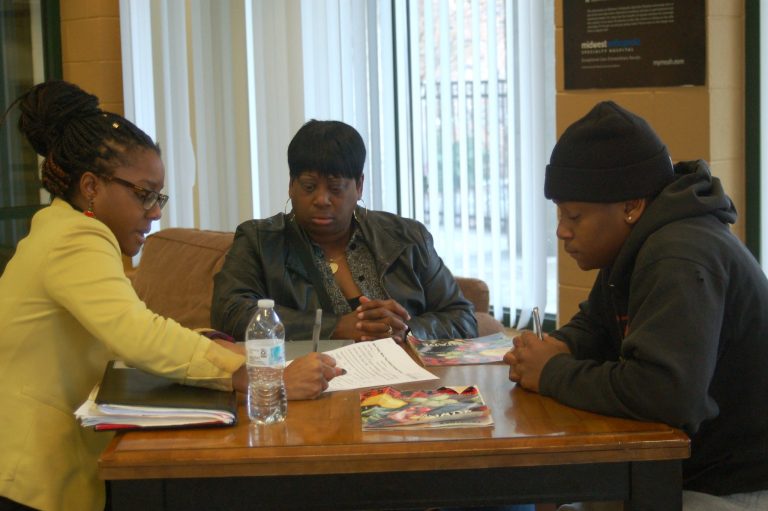 Maleek Bledsoe, 17, said he wants to join the military some day, but worries that trouble he’s gotten into as a minor could keep him from realizing that goal.

“I’m wanting to clear up any tickets I have that might make me not qualify,” Bledsoe said.

Accompanied by his mother, Vanetra Bledsoe, he took the first steps towards making sure he’s eligible by attending the New Year Fresh Start youth resource fair held on Martin Luther King Jr. Day at Parklawn YMCA, 4340 N. 46th St. There he learned about the Juvenile Reentry Assistance Program (JRAP), which provides free legal representation to adults aged 18-24 who live or have resided in Milwaukee public housing and have criminal records. The goal, according to Kori Ashley, staff attorney for Legal Action, is to remove employment and other career barriers for those individuals. 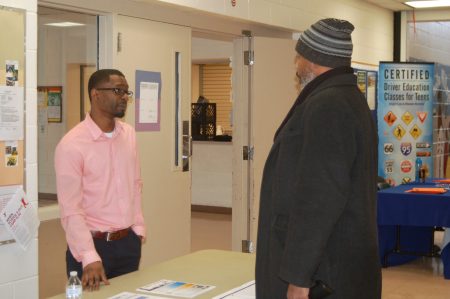 JRAP is a partnership between the Housing Authority of the City of Milwaukee (HACM) and Legal Action of Wisconsin, Inc. Funds for the program were provided by the U.S. Department of Housing and Urban Development (HUD) and the Department of Justice (DOJ). Like Bledsoe, many teenagers and young adults in the city are worried that misdemeanor records or other contacts with law enforcement will hurt their ability to obtain training or jobs in the military or fields such as childcare and construction, or even find housing, said Ashley.

During the resource fair, a team of volunteer attorneys from Legal Action provided assistance to more than 30 individuals.

According to HUD, there are more than 55,000 individuals under the age of 21 incarcerated in juvenile justice facilities and more than 185,000 young adults (18-24) in federal or state prisons.

Mayor Tom Barrett said the city must do all it can to help young adults who’ve had trouble in the past overcome barriers that can keep them from finding work and quality housing.

“The JRAP program gives young residents who have paid their debt for non-violent low-level offenses the opportunity to get back on the path to becoming productive, responsible citizens,” Barrett said.

In addition to helping participants expunge misdemeanor cases, the program also helps teenagers and young adults reinstate driving privileges, provides guidance for readmission to school and create or modify child support orders, among other services. In instances where an individual was not charged or charges were dropped, but the case remains on public search databases such as Wisconsin Circuit Court Access (CCAP), Legal Action employees can help remove them. Sometimes it can be as easy as filling out a few forms, depending on circumstance and type of case, Ashley added. Employers or landlords often check CCAP to determine eligibility.

The JRAP program helps youth in public housing, most of whom are low-income, prepare for a stable future, according to Tony Pérez, HACM Secretary-Executive Director.

“Our partnership with Legal Action provides a credible path forward for young adults who have made amends to society for past mistakes,” Pérez said.

Public housing residents can learn if they qualify for JRAP by meeting with a program representative at the MATC downtown campus the first and third Thursday of each month. Legal Action also plans to host another fair in the spring, Ashley said.

Kyle Ashley, Kori Ashley’s brother and youth program coordinator for WRTP/BIG STEP, said once the young adults are able to clean up their records, it’s important that they have access to family-sustaining jobs. His program helps them achieve that by teaching soft skills such as getting to work on time, then providing career counseling as well as training and apprenticeship opportunities.

“We’re like their personal trainers,” said Kyle Ashley. “We’re building them up to be high-skill, high-quality workers.”