"Milwaukee is not just downtown." 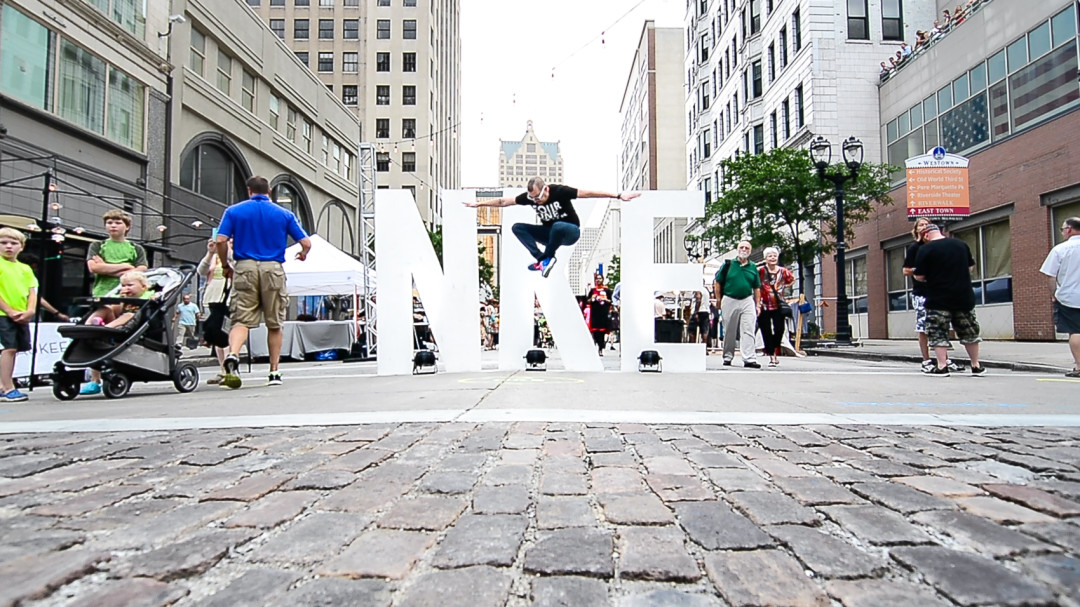 I do photography part time, but I also have a full time day job. Due to being on Social Media 24/7 I prefer to keep my day job private.

How long have you lived in your city and what brought you here?

I’ve lived here my entire life. 36 years. I’ve actually lived in every single city from Grafton all the way down to Milwaukee. I’m actually kinda proud of that. I’m not sure why, all the moving was a huge pain in the ass.

What do you love most about your city?

The people and the potential. I’ve been making Vlogs about Milwaukee for the past 16 months now. 218 videos and counting. Throughout that time, and those videos, I’ve been very fortunate to meet and interact with so many incredible people who live here, who have started businesses here, who have thrived and failed here. Some of the most intrepid people I’ve encountered in my 36 years on planet Earth live right here in Milwaukee. Those people, breed incredible potential for this city. In my opinion, a city is nothing without its people, so featuring local businesses and organizations owned and run by those people, is something I’m very proud of. Being a vessel to showcase and support local businesses is something I’ve done from the very start of my videos. Over the past 16 months, businesses and organizations I’ve featured like Milwaukee Kayak, MKE MY CITY, Milwaukee Home, The Safehouse, Bublr Bikes, KOSS Headphones, Float MKE, OmTownYogis, Milwaukee Hyatt, The Pfister Hotel, NEWaukee, MKE Boat Line, The Bay, MKE Denim Co. and Discovery World to name a few, have shown me how lucky Milwaukee is to have such a vibrate local business scene here.

Where do you see your city in five years?

I see us on the map. I see us as part of the conversation. By that I mean being a city people think about, a destination on their bucket list. Having lived in Milwaukee my entire life, it’s been amazing to see its transformation. Seeing our city grow has been very inspiring and encouraging. The development in the past five years has been insane. My ultimate hope is that all this development and money we are spending on downtown yields major tourism. Tourism can be an incredible source of income for a city. There are countries that only exist and thrive because of tourism. With that extra revenue, and a plan, I would like to see Milwaukee shift a major focus to the parts of the city that are being left behind. Milwaukee is not just downtown. It’s the Southside. It’s the Northside. It’s the Eastside. It’s every pocket, and everyone. We haven’t done a good enough job at taking care of everyone, so in five years I would like to see Milwaukee as an example other cities mimic and strive to be like. A tough goal, a dream that may seem unreachable, but I believe the people and the potential of this city will make it happen.

If you could create one thing in your city, what would it be?

I’m already doing it. My Vlog. My Vlog is not only about me, and my personal life, but it’s also a love letter to the city I’ve lived in my entire life. I cannot think of any other creative output that would satisfy me more, than what I’m already doing.

What’s your favorite hidden gem or secret fact about your city?

Blu at the Pfister Hotel. If you don’t know what Blu is, Blu is a bar/lounge on the 23rd floor of the Pfister Hotel in downtown Milwaukee. The lounge is littered with couches and arm chairs set to a panoramic backdrop of the city via floor ceiling windows. The amount of people I come across who live in Milwaukee that have either never heard of Blu, or haven’t been there is astonishing. The place is nuts. My absolute favorite spot in the city.