Making a Difference in Sherman Park

More than 100 volunteers participate in cleanup and resource fair. 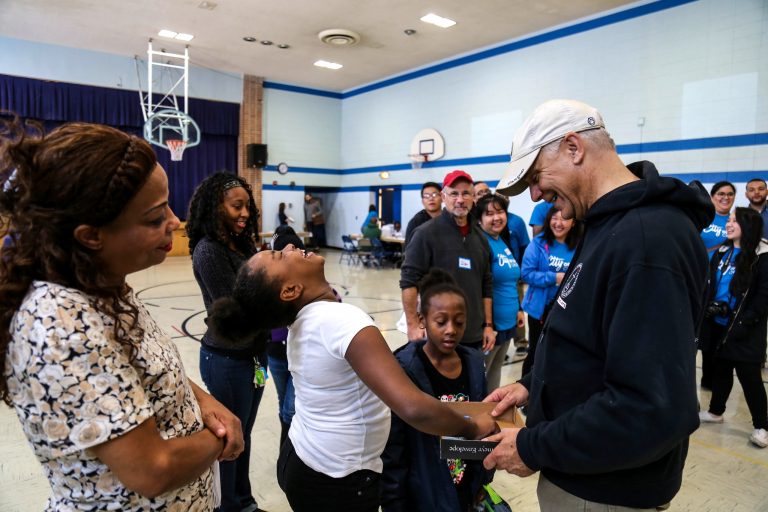 Kelly Lor, who volunteered during Make A Difference Day in Sherman Park, animatedly described the unexpected fun she had while filling garbage bag after garbage bag full of trash.

Lor was one of the several dozen members from City of Light Church in Wauwatosa who participated in the cleanup, celebration and resource fair during Make A Difference Day.

Pastor Timothy Perkins of Bethel-Bethany Church reiterated Lor’s sentiment, saying that the event allowed him to connect with people in the community. One neighbor even came out of his house to see what people were up to and expressed his appreciation, said Perkins.

“The goal should always be to get out of ourselves and into other people. That’s what today was all about,” commented Toni Wagner, a member of St. Catherine Catholic Church and Sherman Park resident for more than 45 years. 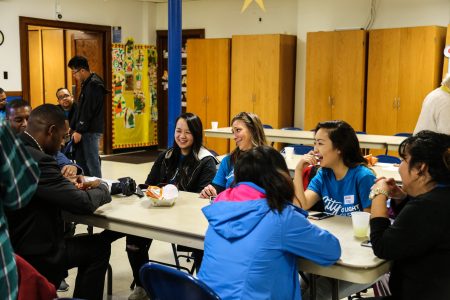 The cleanup focused on Sherman Park’s “Tri-Block” area — what Perkins called a “community within a community” — between North 51st and North 60th streets, and Center and Burleigh streets.

Safe and Sound Community Organizer Amanda Schick said the goal was to organize activities “to get everyone on the same page.”

Members of Bethel-Bethany and Mount Calvary Lutheran churches, both of which are in the Tri-Block area, surveyed residents’ needs by going “door to door to take the temperature of the neighborhood,” said Karen Nagel, president of the Tri-Block Neighborhood Organization. “We wanted to see and hear what was going on in a more intimate way while inviting people to participate.”

A hallway that doubles as a kitchen is wedged between two large rooms — a gymnasium and a sitting room — in the basement of the church. Attendees moved freely throughout these spaces partaking in conversation, food and education.

Volunteers served chili, snacks and lemonade while the resource fair went on in the gymnasium.

More than a dozen information booths provided information to neighbors on subjects such as jobs, safety, housing and voter education. Kids cheered and jumped up and down as raffle winners were announced; even adults raised their hands proudly and let out an enthusiastic holler when their number was called. Prizes ranged from stuffed animals to candles. One person won a bag of pumpkins and gourds.

“We do things like this to build momentum and springboard connections,” said Niedra North, of the Sherman Park/Northwest Interfaith Program for Older Adults. “You’d be surprised how many people don’t know the resources available in their own community.”

Fred Curzan, director of Sherman Park Community Association, shed light on what is next for the group by pointing to a poster on the wall.

Five categories were listed on the poster: Spring Clean-Up, Community Garden, New Block Watch Groups, Mural on Center Street and Block Parties. Residents were instructed to put a sticker next to what are they would like to see happen next. The community garden took the lead.

“Is 100 people picking up trash for the day going to change the world? No, but it is a good start,” said the Rev. Daniel P. Czaplewski of Mount Calvary Lutheran Church. “It is important that people see that Sherman Park is better than those three days in August.”