How To Fill Those Empty Storefronts 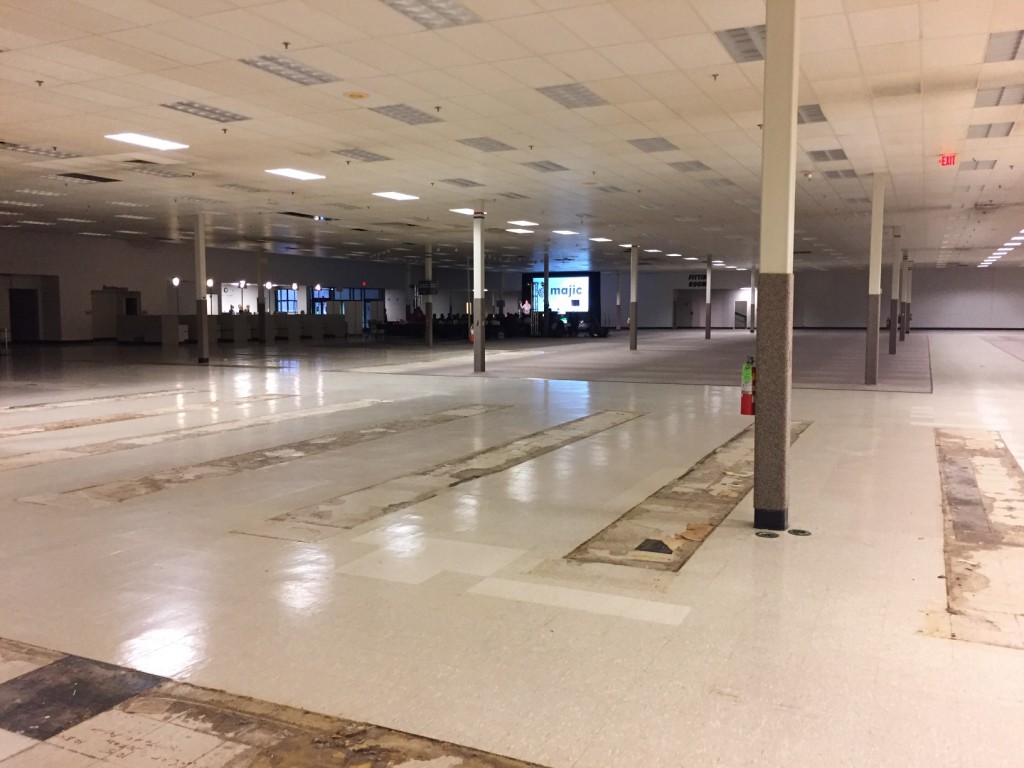 A conference in an empty Shopko?

Terms like pop up shops, failing fast, Millennials, density and “experiencial” were all bandied about at the second annual Empty Storefronts conference presented by NEWaukee and NAIOP Wisconsin. Following an inaugural event held last year in an empty store in the Shops of Grand Avenue in Milwaukee, the conference was taken on the road to an empty big box store in Madison this year. The one-day event focuses on strategies to find tenants for main street storefronts in communities large and small.

Far from an event where well-dressed real estate brokers swap business cards in hopes of finding the next commission check, the event brings together a number of unique speakers from across the country and a diverse group of stakeholders from across the state. Madison mayor Paul Soglin opened the event by welcoming everyone to Madison and briefly discussing storefront design. The founders of Hoodstarter, a community engagement platform, explained how crowd sourcing community ideas and demand can turn empty lots into new civic spaces and empty storefronts into active businesses. Jeff Wood of The Overhead Wire recorded an episode of his Talking Headways city-focused podcast in front of a live audience with former Madison mayor and current Bicycle Federation of Wisconsin head Dave Cieslewicz, where they discussed urban design and transportation (listen to my guest appearance on the show last May).

Nora Schmidt, head of the Viroqua Chamber Main Street effort, explained how her group activates empty storefronts in downtown Viroqua. Working in that small small Wisconsin town of approximately 4,500, the group has lowered the vacancy rate on main street to three percent by actively soliciting pop-up shops with the hope of converting them to permanent tenants. Answering questions from a very inquisitive audience, Schmidt detailed how the group navigates the permitting process, finds insurance providers and other needs, funds the pop-up’s rent and works with existing businesses to ensure that the new shops generate increased business for those that already exist.

Last year, Jeremy Fojut of NEWaukee told the audience that he hears people say, “wouldn’t it be great if these programs could fill the vacancies long term?” Fojut hoped the conference would identify solutions “to revitalize neighborhoods and recharge empty storefronts with new life.” Did it?

Three of the six vacant storefronts from last year’s conference were filled. Fojut notes that this wasn’t necessarily the direct intention, but notes that drawing attention to the locations helped. According to Fojut the three storefronts that were leased are in the Layton Boulevard West neighborhood, Burleigh St. corridor and on S. Cesar Chavez Dr. Also of note, the Shops of Grand Avenue changed hands and a massive redevelopment plan was unveiled.

Will there be a third conference? Fojut says NEWaukee is seeing consistent traffic on the website from across the world and has received inquiries on hosting the conference elsewhere, including in the Canadian providence of Ontario and Amsterdam in the Netherlands. Here’s a vote for the latter.