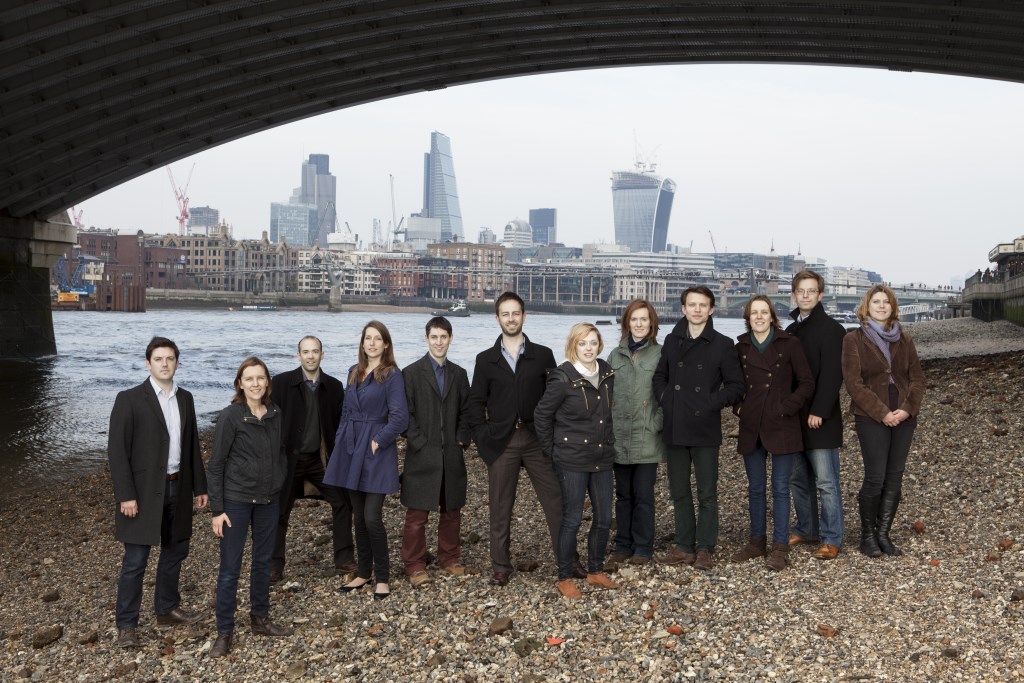 Last December, Early Music Now hosted one of the great a cappella early music groups – Anonymous 4 – as they ended a 30 year run. To close the season, Early Music Now welcomes another a cappella ensemble with a similarly strong reputation. The twelve-singer ensemble Stile Antico, based in London, will perform Renaissance music this Saturday evening at the Cathedral of Saint John the Evangelist. This is only their second visit to Milwaukee.

Listening to vocal music can be magical when voices meet in perfect harmony without a net – with no instruments. Renaissance music exploring harmonies created to the glory of God may be the ideal subject. Stile Antico enjoys strong reviews: “Some of the most stunningly beautiful and moving choral singing I have ever heard” (American Record Guide) and “an atmosphere of sublime spirituality” (Granda Hoy).

The concert examines the connections between secular and sacred song.  The Catholic Order of Service proscribed stages of worship to be accompanied by music and specific text to be used for each portion of a mass. Rules also governed the character of the music so that any Kyrie section will sound very different than any Gloria or Agnus Dei.

But there was an appetite for many new masses — different melodies adapted to the model to create new works. Renaissance composers were likely to derive a new mass from an existing Gregorian plainchant: introduce a fragment of a classic plainchant, then embellish it. Gradually, another choice emerged. Why not begin with a melody the population knew as a popular secular song, and embed the tune within a mass? As one misattributed source complained, “Why does the devil have all the good tunes?”

The transformation can be so complete that we may not recognize the original source when listening to the mass. Stile Antico will sing the secular song, then follow with sections of the mass incorporating the song.

All of this sounds a bit like a common version of the “Lord’s Prayer” sung to the tune of Hernando’s Hideaway – a popular summer camp song in my youth. Or there’s the example of the “Star Spangled Banner,” whose melody was appropriated from a men’s social club in England who sang “To Anacreon in Heaven” honoring the Greek poet Anacreon who was renowned for his drinking songs and odes to love. But the transformation of secular renaissance music into the music of a mass was far more complete.

“The Armed Man,” a very popular song likely written during a Crusade against the Turkish Empire, was used in as many as 40 different masses. The tune has a catchy rhythmic hook. But the text – “Each man shall arm himself/ With a coat of iron mail/ The armed man should be feared”–  is some distance from the “Lord, have mercy. Christ, have mercy. Lord, have mercy” text of the Kyrie Eleison section of the mass adapted to the melody by Guillaume Dufay.

Secular melodies may have been as popular for their ribald content as for their melody. Using these sources was controversial at the time as some church authorities pushed back against the practice. Even today, the source material seems every bit as edgy as it did then – “You fifteen-year old girls/ don’t come to the fountain anymore/ Your eyes are too hungry/ your breasts too pert/ your mouths too smiling”  — and the text turns R-rated at this point.) The text of the resulting mass by Orlando Lassus — “We praise thee, we bless thee/we worship thee, we glorify thee/we give thanks to thee for thy great glory,” — disconnected  from the source melody, seems every bit as reverent as any other sacred music.
In most cases, the melody is buried within a different phrasing, layers of voices, pacing and text. But some “parody” masses retain more of the original – both melody, rhythm and even development.

The concert will also include madrigals just given a make-over – as when Aquilino Coppini composed religious verses to replace ribald verses set as madrigals by Claudio Monteverdi.

The concert will conclude with a dramatic Magnificat by Lassus.

I expect this will be both an educational and yet a meditative experience. Renaissance vocal music offers music in its purest form. If you don’t want your sensibilities confused by the dirty parts, don’t read the available translation and listen innocently to the Latin as the secular versions are sung.

Stile Antico performs Saturday, April 16 at 7:30 p.m. The program, notes and text may be found on-line. The Cathedral of Saint John the Evangelist is located at 812 North Jackson Street in downtown Milwaukee. Tickets may be purchased on-line. This season, the great Tier 1 seats were sold out to subscribers. (Planning ahead has its benefits.) The remaining tickets are priced $29 – $46; $10 – $15 for students.