Sex? We Are Shocked! 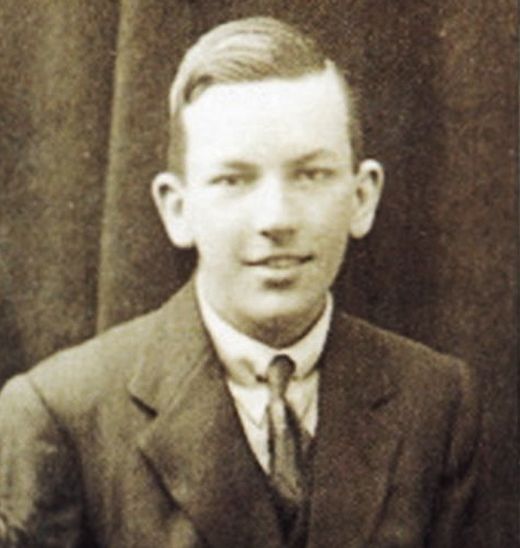 Noel Coward in his teens.

It is difficult these days to appreciate just how radical a playwright Noel Coward once was. We think of him today as a writer of frothy comedies, but they had a frankness that made them seem positively immoral to many people of the day. Fallen Angels, which opens April 14 at the Milwaukee Chamber Theatre (it’s rarely been performed in Milwaukee), premiered in London in 1925 and one newspaper’s review was headlined, “An unpleasant play – Mr Noel Coward’s new shocker.”

Coward was the boy wonder of London theater. He first performed as an actor at age 12 in a production at the Garrick Theater, his first play was produced when he was just 19, and his first hit play, The Vortex, came at age 24. Fallen Angels was written the following year, and Coward threw down the gauntlet in describing its theme when the play was published.

“The sluggish waves of false sentiment and hypocrisy have been washing over reality far too long already in the art of this country,” he declared. “Sex being the most important factor of human nature is naturally, and always will be, the fundamental root of good drama,” and yet there are “well-meaning but slightly muddled zealots who are trying to banish sex from the stage…”

Indeed, the plot of Fallen Angels — two wives admitting to premarital sex with the same French lover and competitively contemplating adultery with him — was viewed with hostility by an official theater censor with Britain’s Lord Chamberlain, and the license to perform was granted only after the personal intervention of the Chamberlain.

As critic Ivor Brown wrote in The Saturday Review, if Fallen Angels had been a French import, “it would have been acclaimed as witty, airy, deliciously Gallic… But since it is an English essay in the French mode a cry of shocked surprise has gone up.”

Certainly, Coward was a very worldly young man, who had his first male lover as early as age 14, and he did delight in tweaking musty mores and hollow hypocrisies of the day. He was also very attuned to the “flappers” and other women of the 1920s who were demanding more freedom. Peter Raby, who’s written about Coward’s work, suggests that sex was one of Coward’s great themes: “[W]hether the treatment is serious – as in The Vortex and Easy Virtue – or comic – as in Hay Fever and Fallen Angels – the overall impact seems much the same: sex is disruptive, compelling, even overwhelming, while sex and marriage are difficult, perhaps impossible, to reconcile.”

But Coward was first and foremost a man of the theater who had an inborn sense of how far to push audiences, and how to make them laugh. Nowadays it’s his theatricality and wit that stands out, and all that fuss of the 1920 may seem quite absurd. His contemporaries often lost sight of just how entertaining his plays were, while today’s audiences don’t appreciate how racy and radical they could be.

As the old saying goes, “comedy is hard,” and a Coward comedy can be even harder. It takes a delicacy to handle the comic timing required, and it can be easy for a production to lose sight of the characters while trying to capture the comedy. But theaters continue to perform Coward, given the abundant pleasures of his plays, and Fallen Angels seems to be going through a rediscovery of sorts, having gotten a number of productions in America in recent years.

Writing about a recent production by the Remy Bumppo Theatre Company in Chicago, Tribune critic Chris Jones called Fallen Angels “quite a funny little play… a light and fast-moving affair” with “feminist themes.” 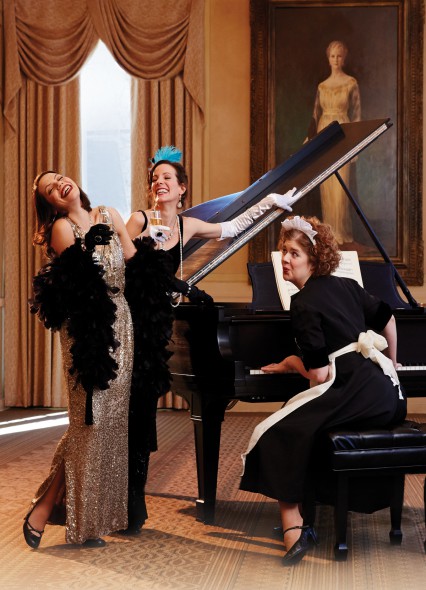 A 2013 production in Los Angeles brought forth praise of the play by Iris Mann of Backstage: “The champagne-bubbly, dryly witty romp about the foibles of the British upper class also deals with such universal themes as the lure of lustful sex, marriages gone stale, the nature of commitment, and the sexual double standard…”

The Chamber Theatre’s production is directed by the company’s artistic director C. Michael Wright, one the town’s most skilled directors, who told the Shepherd Express that a key reason for selecting the play was that it has “three very juicy women’s roles, which is all too rare. And Coward really knew how to write for women.” Wright directed a Next Act Theatre production of the play some 15 years ago with Carrie Hitchcock and Sarah Day.

Actress Kay Allmand plays Julie, the bossier of the two women, the role originally played by Tallulah Bankhead in the 1925 London production. Allmand has performed frequently with the Chamber Theatre, Door Shakespeare and the Third Avenue Playhouse. Beth Mulkerron plays Jane, who’s a bit sillier and more easily led; she has performed with the Chamber Theatre, Milwaukee Rep and with Optimist Theatre. “Kay and Beth are two incredibly inventive and courageous actors with superb comic instincts,” Wright says.

Courage and comic instincts were also what Coward brought to this play — and which keeps theaters returning to it nearly a century after it was written.

Milwaukee Chamber Theatre’s production of Fallen Angels runs April 14 to May 1 at the Broadway Theatre Center, 158 N. Broadway. Tickets range from $15 to $40, and can be ordered at 414-291-7800 or milwaukeechambertheatre.com.