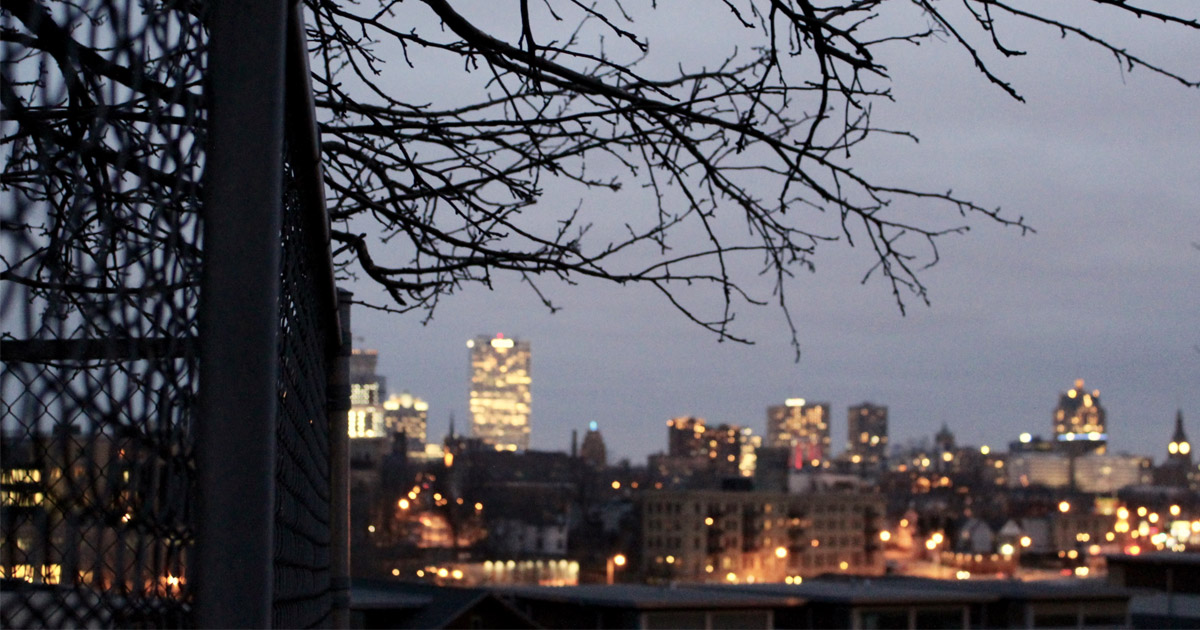 Martha Kuhlman looked down, feeling outside of her body. She saw herself climb into the backseat of a car in a body-hugging dress as a man promised to go get her money. Instead of cash, he returned with a knife in hand. Before tossing her out onto the curb, the man strangled the young woman until she lost consciousness.

Kuhlman is a survivor of human trafficking. Her attacker was just one of many men who purchased sex from her while she was trafficked from age 14 to 19. Kuhlman said that an average day for her in the sex trade included eight to 10 encounters with such men, referred to as johns, and she never saw any of them face repercussions.

In Milwaukee, those who purchase sex, whether from prostitutes or victims of sex trafficking — and it’s often difficult to distinguish between the two — rarely face consequences in the criminal justice system.

However, most exchanges within the commercial sex industry go unreported with no arrests made. Of the cases where arrests occur, individuals who purchase sex can face criminal charges, but they also can be issued a municipal ticket, deferred to alternative treatment programs or have the charges dropped completely.

According to data provided by the Milwaukee Police Department, in 2015, 344 people were arrested for soliciting a prostitute in Milwaukee. Of those, 19 people participated in a “deferred prosecution” program instead of facing criminal charges, and 52 people were issued municipal citations for “loitering—soliciting prostitute.” In 2014, 407 were arrested, 52 completed the deferred prosecution program, and 57 were issued municipal citations.

As the number of arrests for prostitution has increased in recent years, from 65 in 2012 to 160 in 2014, the number of people arrested for soliciting a prostitute decreased by more than half, from 749 to 344. Milwaukee County community prosecutor Chris Ladwig attributed the dip in arrests of johns to programming aimed at reducing prostitution activity in Milwaukee, but he said that the numbers don’t indicate a decrease in people purchasing commercial sex. Rather, he said it could be that fewer are getting caught on the street as the crime goes further underground.

In fact, no data is available on the number of adult sex trafficking victims in Milwaukee, and there are only estimates of the number of minors at risk for trafficking. But experts say the extent of the problem is staggering.

Sgt. Theresa Janick, who investigates human trafficking cases in the city as a member of MPD’s prostitution unit, said that the sheer number of people who purchase sex makes it challenging for law enforcement to make a dent.

“There’s so much of it that it’s mind-blowing,” Janick said.

Milwaukee repeatedly ranks among the top cities for human trafficking in an annual nationwide FBI sting to recover victims.

Legally, human trafficking is defined in Wisconsin as any situation “in which a commercial sex act is induced by force, fraud, or coercion, or in which the person induced to perform such act has not attained 18 years of age.” Consequently, commercially exploited children are always considered trafficking victims.

There is no data available on the number of adult sex trafficking victims in Milwaukee. A study by the Medical College of Wisconsin documented 133 minors who were trafficked or suspected to be trafficked in 2014. However, this is likely a drop in the bucket. Detective Dawn Jones, who has worked for the Milwaukee Police Department on human trafficking in the city since 2007, said that Milwaukee is known nationwide for juveniles being trafficked in the commercial sex trade.

The number of youth at-risk for trafficking gives a better indication of the scope of the problem regarding minors. Exploit No More, a local nonprofit organization, reported that there are approximately 800 youth in Milwaukee who are homeless, have run away or receive emergency support services. Additionally, in 2013, there were 5,783 cases of child sexual abuse reported. These circumstances significantly increase a young person’s chances of being trafficked.

Katie Linn, the executive director of Exploit No More, said that these estimates “barely scratch the surface of what’s going on.”

“It’s in epidemic proportions. Milwaukee has been considered a hub for human trafficking and a space for pimps to grow. It’s an underground world,” said Dana World-Patterson, chair of the Human Trafficking Task Force of Greater Milwaukee.

The black market nature of the commercial sex trade makes it difficult to track how many individuals purchase sex in Milwaukee in a given year, and little research exists on the matter. It is “essentially a closed community between the victim and the offender,” said Assistant District Attorney Chad Wozniak. However, research conducted by the Urban Institute shows that the commercial sex industry in eight U.S. cities is estimated to be worth $39.9 to $290 million per city.

“(The victims) are a very lucrative product,” said Linn, executive director of Exploit No More, a local nonprofit organization advocating for victims of human trafficking.

World-Patterson said that the city as a whole needs to focus more on decreasing the demand for commercial sex by paying attention to the people who purchase it. “In the survivors’ community, we call them predators (instead of johns),” she said. “They [could] play the biggest role in eradicating human trafficking because they create the demand.”

Vednita Carter, founder and president of the nationally recognized Minneapolis nonprofit Breaking Free, noted, “The demand is what keeps this fueled.” Carter, a trafficking survivor, added, “If you can stop the guy from purchasing, the pimp is going to be phased out.” Breaking Free works to end all forms of prostitution and sex trafficking.

Research conducted for the U.S. Department of Justice indicates that “demand-focused” approaches in certain cities, including San Francisco and Jersey City, New Jersey, reduced the size of sex trafficking markets by 40 to 80 percent.

Kuhlman said that as a survivor, she is frustrated by the perceived impunity that johns benefit from and wants to see tougher sentences for sex buyers.

“I think part of the issue is there’s virtually no criminal culpability (for the johns),” Linn added.