Group had promised to pay $20,000 for improvements in Walker Square playground.

By Edgar Mendez, Milwaukee Neighborhood News Service - Nov 10th, 2015 10:35 am
Get a daily rundown of the top stories on Urban Milwaukee 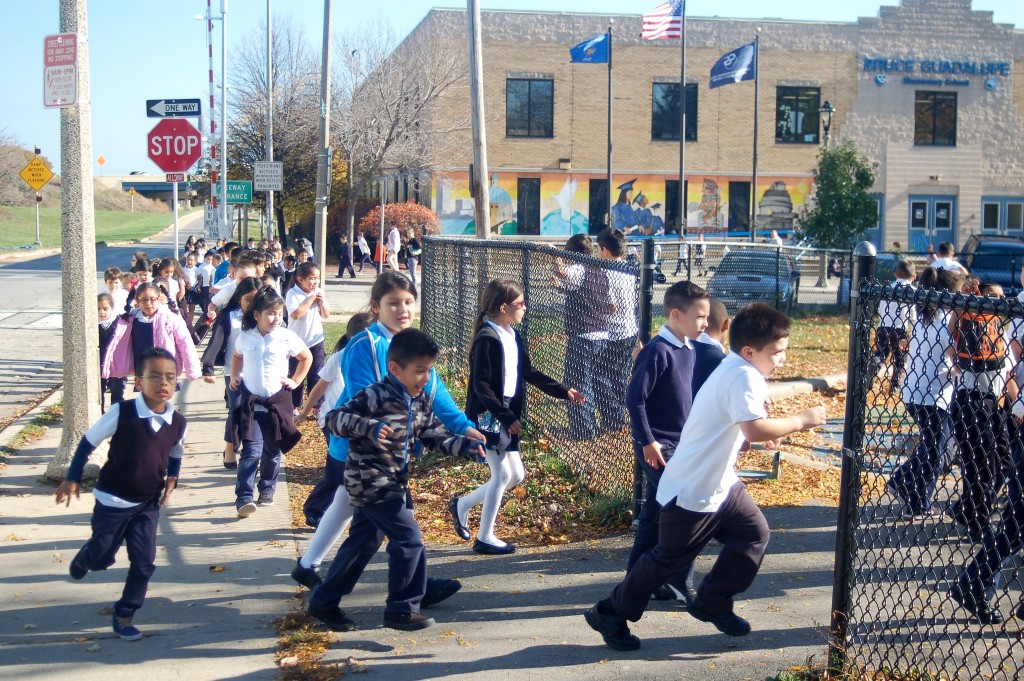 United Community Center (UCC) has made good on a three-year-old commitment to pay $20,000 to Milwaukee County toward the Walker Square Park Playground Project, following a vote Thursday by the county board to accept the organization’s donation.

Jennifer Steiner, marketing director at UCC, said in a statement, ”The United Community Center has fulfilled our commitment to the Walker Square Park and sent a check for our $20,000 pledge to the Milwaukee County Parks Department. We are proud to partner with Milwaukee County in caring for this wonderful community asset.” 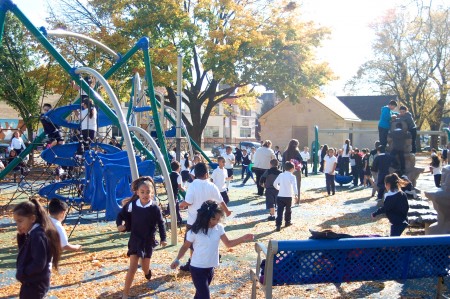 Some Walker Square residents have complained about what they describe as excessive use of the playground by Bruce Guadalupe Community School students. Photo by Edgar Mendez.

The commitment of funds was made in recognition of the benefits that the playground provides for Bruce Guadalupe Community School (BGCS) students, who regularly use it for recess and other activities, according to county documents. BGCS is housed within UCC and the park is directly across the street.

The payment was made after a September NNS report highlighting 2012 emails from UCC to the county, obtained through a Freedom of Information Act request, which showed that UCC had not followed through on a pledge of $20,000 toward the playground’s reconstruction. At the time, Pascual Rodriguez, principal of BGCS, denied making the commitment, while Juan Ruiz, deputy director of the UCC board and its Chief Finance Officer, said the organization was still waiting for an invoice for the project, which was completed three years ago. The county claimed that an invoice could not be created unless a contract had been signed.

Soon after the article was published, UCC began the process of paying $20,000 to the county. The money will go to playground debt payment, including that from the Walker Square Park playground, said Megan Haeger, contracts and projects manager for the parks system, in an earlier interview with NNS.

Sam Wilson, who owns a home near UCC and is a member of the Walker Square Neighborhood Association (WSNA) board said, “It’s nice to see (UCC) make good on a promise to help pay for fixing up the playground their students spend hours on every school day.”

Some WSNA members and other Walker Square residents have been at odds with UCC in recent years over what they consider excessive use of the playground by BGCS students and parking congestion around Walker Square Park they say is caused by UCC employees, among other issues.

In a previous statement to NNS Steiner stated, “We are committed to working with the Walker Square Neighborhood Association and neighbors to help alleviate these problems as much as possible.” She said UCC serves an average of 2,000 people a day, many of whom reside in the area.