With drinks, appetizers, good talk and great view of the city. And news about our plans to expand.

Join our guest of honor, former Milwaukee Mayor John Norquist, at Urban Milwaukee’s annual party on October 21st. The party runs from 5:00 to 8:00 p.m. at Screaming Tuna (106 W. Seeboth St.) Enjoy drinks and appetizers with a stunning view of the city. Norquist served as Milwaukee Mayor from 1988 to 2004 and remains an influential figure, both in Milwaukee and nationally, for his urbanist views.

This year’s party marks the start of a fundraising campaign to take the publication to the next level. While we are celebrating record traffic growth, we are focused on developing a number of new features and sections on the website. Hear about our plans to expand the publication by adding data features tracking political donations, neighborhood-level crime and license data, building permits and history, plus integrating unique dining info and reviews and a robust events calendar into our active coverage of the city. 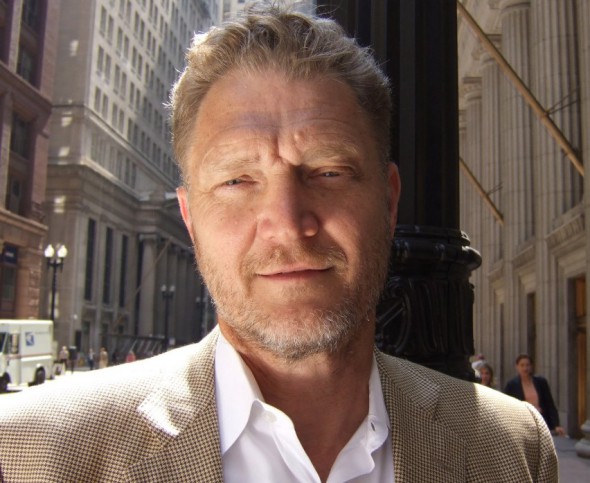 The event is free to attend. Open bar and delicious appetizers for a $20 contribution to the campaign. Bring your friends!

John Norquist served as mayor of Milwaukee from 1988 until 2004, when he left office to become head of the Congress for the New Urbanism. Norquist’s time in office was marked by fiscal responsibility, with spending growing much slower than inflation, and a focus on the built environment. During his time in office projects that added hundreds of millions of dollars to the tax base were started, including the creation of the Milwaukee RiverWalk, the development of the Third Ward and Beerline B neighborhood, demolition of the Park East Freeway and the creation of a robust downtown housing market. Norquist is the author of The Wealth of Cities, a book that focuses on the common sense reforms implemented during his time as mayor of Milwaukee. Those ranged widely, from pro-urban city code reform that included relaxed restrictions for outdoor seating at restaurants, to rebuilding and lowering the 6th Street Viaduct and opening the Menomonee Valley to redevelopment, to rebuilding and modernizing public housing, adding two-way streets downtown, and establishing the Milwaukee Public Library Foundation.

Screaming Tuna is an award-winning sushi and Asian bistro restaurant located along the Milwaukee River just across from the Historic Third Ward. The restaurant is Wisconsin’s first and only Monterey Bay Aquarium Seafood Watch partner. They strive to source seafood that is abundant, well managed and harvested in environmentally friendly ways. The restaurant, located at the base of the The Point on the River condominiums features incredible views of the Milwaukee skyline and Historic Third Ward.

If you plan to attend, here’s an easy way to make a reservation: