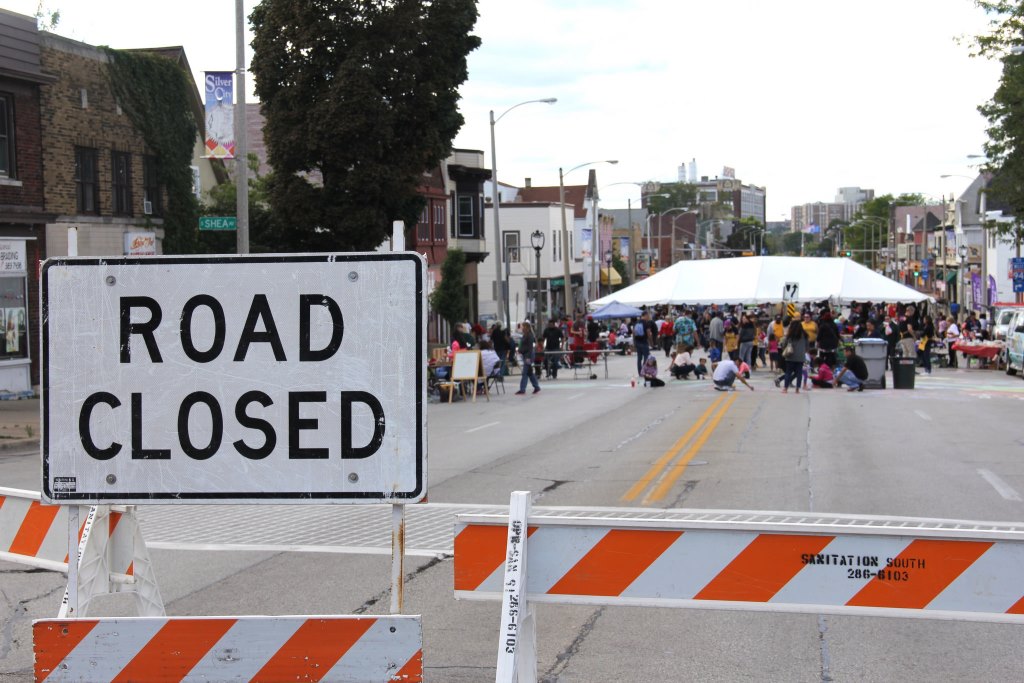 Ideally every neighborhood would have a museum to celebrate its local culture. But clearly that’s not possible.

One solution: the pop-up museum, a short-term grassroots exhibit that presents local stories for the benefit of the people who live there.

One popped up on West National Avenue recently as part of the Silver City International Food & Art Walk. It was set up to “bring the museum into the community,” according to Margaret James, an educator at the Milwaukee Public Museum.

The festival’s Pop-Up Museum was the second one created by the Milwaukee Public Museum, said James. It was built on the theme of “cultural food ways” — how food relates to local culture, which was also one of the themes of the festival.

James said people were asked to bring in food-related items and write stories about why the objects are important to them.

Among the items on display were Chinese teas, spices, macadamia nuts and a cookbook.

Milwaukee native Anthony Jackson contributed a belt buckle celebrating Schlitz Malt Liquor. Rather than take his buckle home after the show, Jackson said he donated it to the museum “in the Milwaukee spirit of being nice and giving.”

The Milwaukee Public Pop-Up Museum was one of eight of the booths and sites at the festival. Eleven restaurants and five artists also participated in the event.

The festival attracted more than 1,000 people, more than last year, according to Beth Lee, director of fund development and communications at Layton Boulevard West Neighbors (LBWN).

LBWN focuses on stabilizing and revitalizing the Silver City, Burnham Park and Layton Park neighborhoods. “One of the ways that we do that is by highlighting the assets that are in the neighborhoods,” she said, referring to the area’s shops and restaurants.

Lee called the International Food & Art Walk “a great asset right here on National Avenue that you can come and enjoy.”