Florentine charms with ‘Elixir of Love’

The Florentine Opera Company production of Gaetano Donizetti’s The Elixir of Love charms from the opening curtain to the “Well, wasn’t that lovely?” response of audiences. I felt entertained and transported, which is what a dramma giocoso opera should do. When willing suspension of disbelief is set to tuneful music, it takes the listener to a place where the trials of daily life can be set aside and replaced with some romance, comedy, and a touch of lighthearted drama. Director William Florescu crafted this production with the just the dose of magic that love-addled Nemorino needed.

The curtain rose on a beautifully-realized set by Lisa Schlenker. A vivid expressionist vision of the Napa Valley foothills gave the stage radiance, and lighting designer Don Darnutzer made the time pass from the heat of the day to the entrancing starlit night with gorgeous effect. Add to that tableau the costuming by Christianne Myers—particular highlights were her draping Adina with a Katharine Hepburn-esque grace, donning nostrum-pusher Dulcumara in a particularly ostentatious look, and clothing the chorus in colorful, 1930s garb that accented the sunny tones of the set—and an exquisite, vintage Dodge pickup truck created a visual feast.

Just as richly hued were the voices of this splendid cast. Most affecting was the warm tenor voice of Rolando Sanz. Played with a bit more buffoon than lovesick puppy, Sanz’s Nemorino was a joy from beginning to end. His most impressive moment was, not surprisingly, the opera’s most famous  aria, “Una furtiva lagrima.” Sanz made an intimate artistic choice, using a tender pianissimo to bring the listener to him, which was a much more satisfying option than the usual all-about-me offerings that many tenors employ. Nemorino is touched to the core by Adina’s “one furtive tear,” and Sanz made the scene all the sweeter by not bellowing about it. If he wanted to, he might have taken his time moving into the cadence. He certainly has the voice for it.

The object of Nemorino’s desire is Adina, played with a manipulative coolness by soprano Diana McVey. McVey’s voice is sweetest when not pushed, a difficult thing for guest artists to gauge when sending sound out into the acoustical void that is Uihlein Hall. McVey has a lovely high register that stays focused as she moves down through her range, and her intonation and rhythm are excellent.

Dulcamara, the traveling huckster of potions, is portrayed with fun, comic gestures and tremendously clear patter by bass-baritone Musa Ngqungwana. He appears larger than life in his dazzling raspberry-sherbet plaid suit and green shirt, and his voice is big, rich, and in tune. You could set your watch by his rhythm. When full ensemble numbers occasionally went adrift between the pit and the stage, Ngqungwana’s precision helped reel it all back in.

Baritone Corey McKern’s blustering Sergeant Belcore was performed with a terrific, ham-fisted egocentrism that gave a great comic dimension to his character. McKern’s voice is warm and welcoming. His upper notes were clear and centered, where his lower range was often obscured. Here again I blame the acoustical vacuum of the hall. For opera particularly, it is nice to sit where you can see the singers’ tonsils, but a sad fact of Uihlein Hall is that the nosebleed seats are the ones from which the audience hears the best. I’m pretty certain McKern sounded fantastic from up above.

The colorfully dressed Florentine Opera chorus sang spiritedly in spite of an occasional ragged connection with the pit. The women in the gossip scene with Giannetta were particularly charming, and the small troop of soldiers danced with a wonderful sense of the absurd in the first act.

Joseph Rescigno conducted the whole affair with his usual skill. There were some very lovely moments from the Milwaukee Symphony Orchestra, including spectacular flute and piccolo playing in the overture and great lyrical playing from the bassoon in “Una furtiva lagrima.” All across the board, the Florentine Opera Company’s production was a terrific way to spend an evening (or a Sunday afternoon). That’s entertainment.

The Elixir of Love Gallery 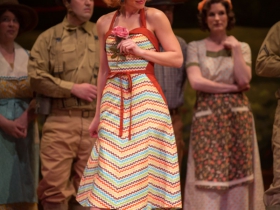 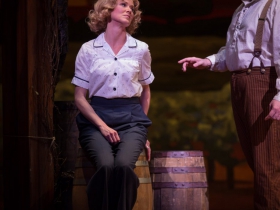 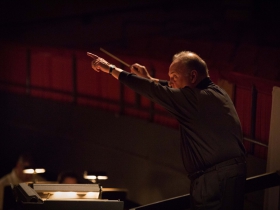 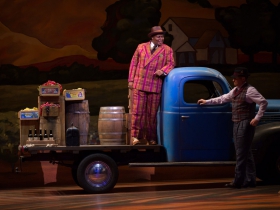 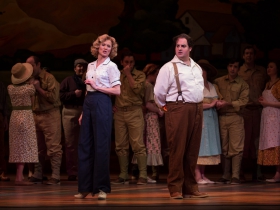 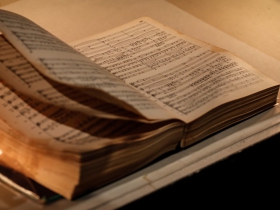 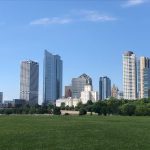 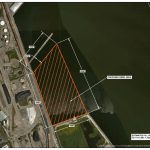