A Developer Who Does Affordable Housing

MANDI nominee Todd Hutchison has built dozens of residential developments on the near north and south sides.

By Brendan O’Brien, Milwaukee Neighborhood News Service - Mar 6th, 2015 09:48 am
Get a daily rundown of the top stories on Urban Milwaukee 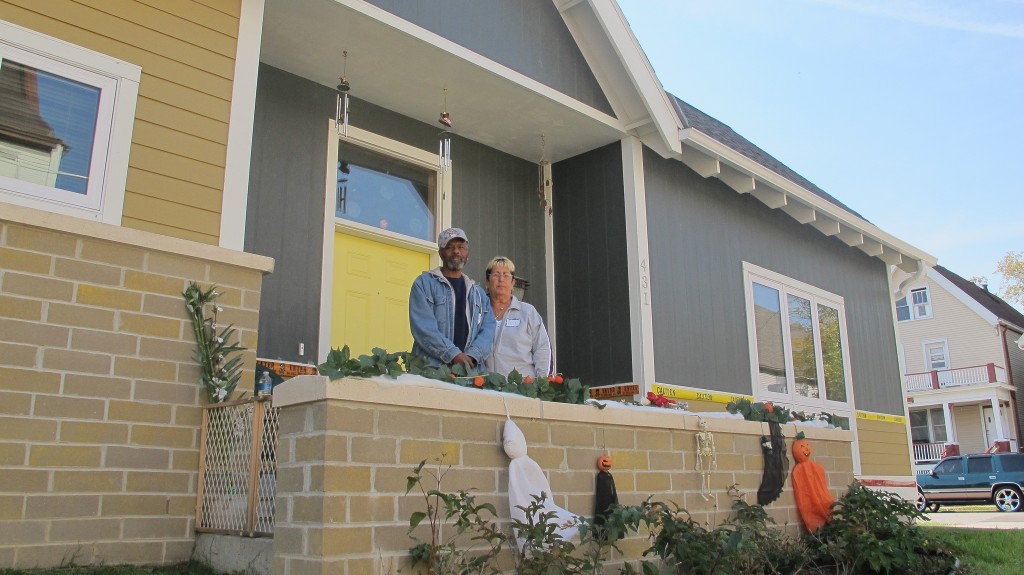 Jill and Charlie Harris moved into their new townhome at King Commons IV in 2013. (Photo by Scottie Lee Meyers)

Recycling has always been in Todd Hutchison’s blood.

“My grandfather was a junk collector and he would turn it into cash…that’s part of what’s inside of me,” he said.

Hutchison has carried on the tradition of recycling on a much bigger scale, working for the last three decades to turn Milwaukee’s discarded buildings into affordable housing and storefronts for small businesses.

“When you recycle buildings, that’s the greatest recycling that there is,” he said. “To be able to take buildings or areas that other people are throwing out and see little or no value in and bringing them back to life and being able to show that there’s value there gives me a lot of joy and a lot of pleasure.”

Hutchison has worn several hats in the city’s development community, including his current role as consulting director of real estate development at Impact Seven, an organization that helps low-income communities with business, housing and property management, and investment.

Hutchison also helps run Wisconsin Redevelopment and ABC Redevelopment, his own firm, where he focuses on smaller real estate opportunities.

Hutchison’s career took off in the 1990s when he refused to listen to critics who doubted that condominiums would sell in Milwaukee, especially in the once crime-infested Third Ward. Hutchison instead led a drive to spend $13 million on turning two abandoned warehouses into mixed-income loft style condominiums at the corner of Water and Chicago streets, one of the first such projects in the now-booming neighborhood.

“That project helped give a kick start to the Third Ward development,” he said.

Hutchison also worked for the YMCA, where he helped buy and redevelop 40 condemned single-family houses in the inner city, making them available to low-income individuals such as Mary Jordan.

“Todd understands the power that home ownership brings to a person, a family and a community,” she wrote in a letter on his behalf. “Todd has devoted his career to improving lives.” 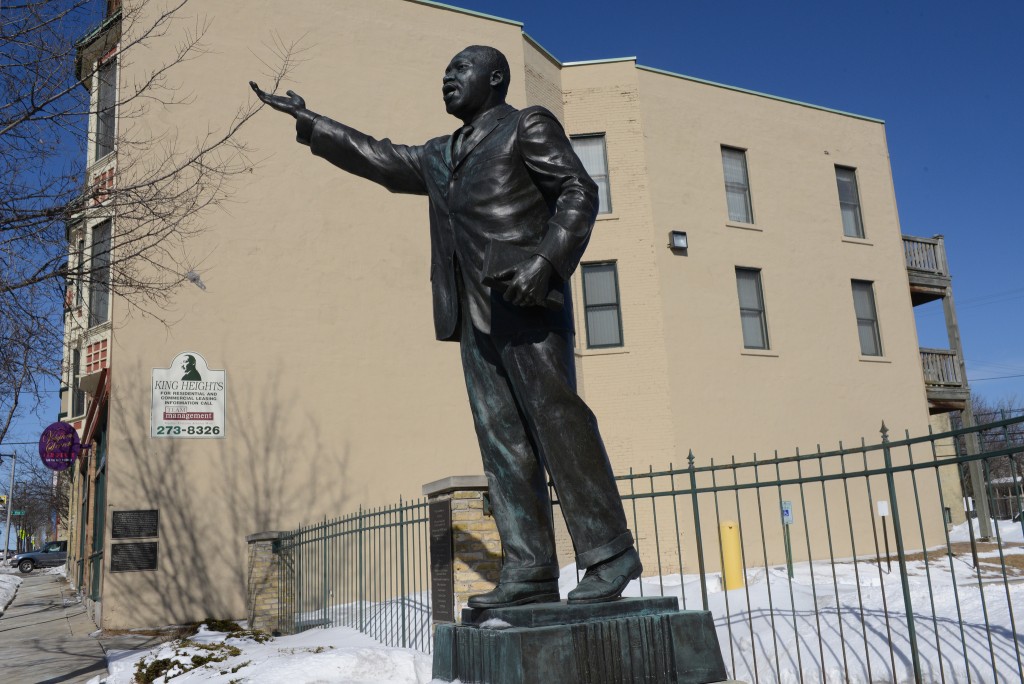 A bronze statue of Dr. Martin Luther King Jr. was erected as part of the King Heights Apartments project. (Photo by Sue Vliet)

Those early triumphs helped shape Hutchison’s career in Milwaukee, where he has been involved in two dozen residential and commercial projects, consisting of more than $135 million of investment. The result has been creation of 675 residential units, many of which are affordable housing, and 13 commercial units.

One of the prime examples of Hutchison’s work can be seen along King Drive, where he has helped develop more than 60 affordable-housing apartment units as part of King Drive Commons, a five-phase commercial and residential redevelopment project.

A separate project, the King Heights Apartments, a $2.9 million historic rehabilitation of mixed-use and mixed-income apartments, makes Hutchison beam with pride because of the bronze statue of Dr. Martin Luther King Jr. that was erected as part of the project.

“One of my greatest joys is driving by that statue and seeing a bus out there and all of these kids are standing around the statue and learning about Dr. King,” he said.

One of the latest examples of Hutchison’s work is the renovation of 24 foreclosed homes on the South Side. Through a partnership between Layton Boulevard West Neighbors and Impact Seven, the homes are now rent-to-own affordable housing units.

“Todd is making things happen in neighborhoods that directly impact the quality of life,” said Charlotte John-Gomez, executive director of Layton Boulevard West Neighbors. “He moves things forward that others would have called it quits on a long time ago.”

Hutchison was instrumental in the $6 million project, bringing together the Wisconsin Housing and Economic Development Authority (WHEDA), banks, Local Initiatives Support Corporation (LISC) and the city of Milwaukee, according to John-Gomez.

“He’s a consensus builder who can align all of the pieces together for a successful outcome,” she said. “We would have never taken on this type of development without Todd and his vision.”

Another project emblematic of Hutchison’s work in Milwaukee is the Mitchell Street Market Lofts. The project was conceived by Sherry Terrell-Webb and Tina Anderson, two students who took a real estate class taught by his Wisconsin Redevelopment business partner Bob Lemke at Marquette University.

As part of the Associates in Commercial Real Estate Program, Lemke and Hutchison guided the pair through completion of the $6.1 million affordable-housing project on the South Side.

“He does not just build to build, he does what is going to be a positive impact for the city,” Anderson said. “He really looks at the long-term impact and really cares about the people who are going to live there.”