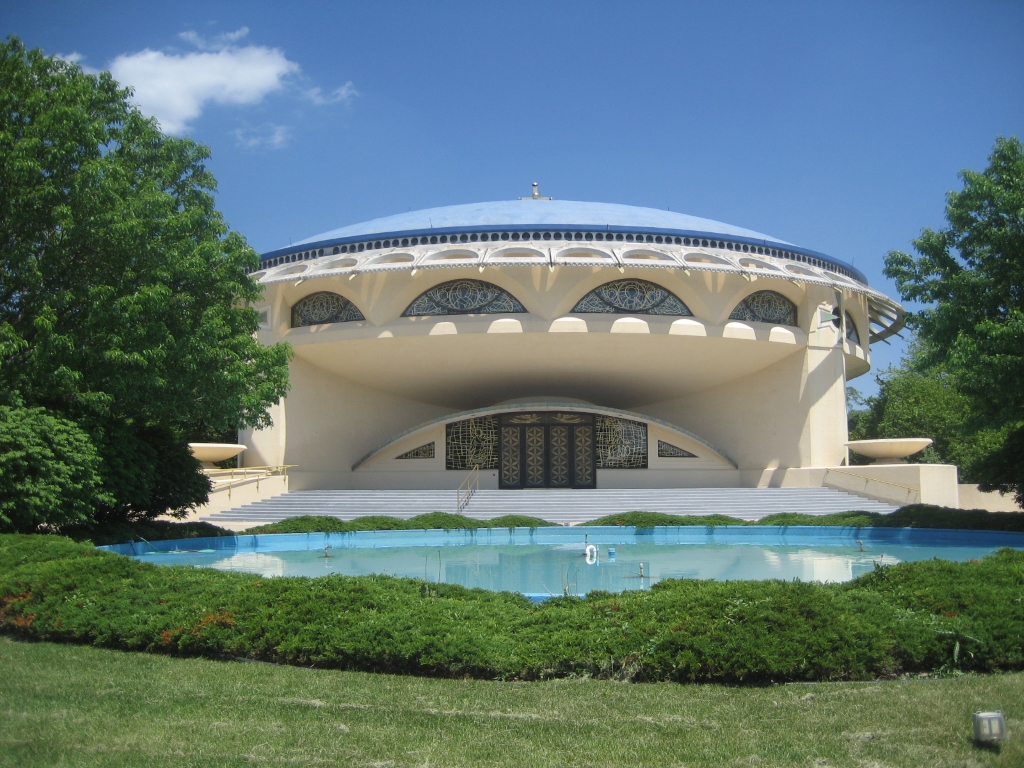 Father James Dokos Jr., accused of stealing more than $100,000 from a trust fund, offered an unusual defense: that he was protected by the constitutional guarantee of freedom of religion — an argument made by his trio of lawyers, including high-profile attorney Frank Gimbel.

Sorry, said Circuit Judge M. Joseph Donald in a ruling yesterday: “The United States Supreme Court has previously observed that no person may ‘under the cloak of religion . . . commit frauds upon the public.’” So Asst. District Atty. David Feiss can go ahead and prosecute the priest.

Dokos Jr. had served since 1990 and until recently at the Annunciation Greek Orthodox Church in Wauwatosa. The building is easily the best-known Greek Orthodox structure in this area, and one of the best-known Frank Lloyd Wright–designed buildings in the state. Two longtime parish members, the late Ervin and Margaret Franczak, had established a trust totaling more than $1.2 million which was intended for the mortgage and maintenance of the parish’s James W. Pihos Cultural Center, next to the church at 9400 W. Congress St.

But the complaint against Dokos says that from August 2008 through October 2012, he spent more than $110,000 — writing checks outside the terms of the trust, as Fox 6 has reported.

The complaint says Dokos wrote three checks to his daughter, six checks to his mother, paid his own Time Warner Cable bill and wrote five checks to himself with money from the trust. The complaint also says Dokos used trust checks to pay $57,000 on his credit card bill, to buy $5,000 in jewelry for his wife, pay for trips for his wife and daughter, shopping at stores like Nordstrom’s, Neiman Marcus, Dior and David Yurman and on decorating his home for Christmas. Dokos is also accused of spending $20,000 at pricey restaurants — often at Fleming’s in Brookfield.

The Chicago Tribune has also reported obtaining documents showing that about $10,000 of the trust funds  were given to high-ranking church leaders in the Chicago archdiocese (which includes Milwaukee): Bishop Demetrios of Mokissos and Metropolitan Nikitas Lulias.

The alleged theft was discovered in 2013, after Dokos had been reassigned to a church in Glenview, IL., a position from which he was suspended after the Milwaukee allegations became public.

Dokos and his Chicago superiors had claimed the use of the money is strictly an internal church question. Dokos denied stealing, and the archdiocese says that its inquiries have cleared Dokos of wrongdoing.

But Feiss didn’t buy any of that, arguing in his brief that “Bishop Demetrios received some of the funds at issue in this case . . . [but] he took no steps to remove himself despite the existence of what most would perceive as a conflict of interest. Instead, Bishop Demetrios came to a conclusion – based on information provided by the defendant — that there was no wrongdoing here.”

The Chicago archdiocese objected to the parish council’s decision to go to the Milwaukee County district attorney’s office. Dokos’ defense attorneys — Gimbel, Patrick Knight and Kathryn Keppel — contended that “members of the parish council and their attorney have repeatedly violated the tenets and regulations of the Greek Orthodox faith” by prosecuting Dokos.

Dokos’ attorneys have further complained that Feiss “threatened a duly appointed bishop of the Greek Orthodox Metropolis of Chicago with prosecution for witness tampering.”

In response, Feiss’ brief said the defense was, in effect, claiming that “witnesses to thefts from churches are entitled to lesser protection from threats and intimidation than other witnesses.” Feiss said Father Angelo Artemas, the current priest at Annunciation, had “provided an email string between he and Bishop Demetrios which he perceived as a threat to remove him from Annunciation . . . if he failed to convince the church to drop their request for criminal charges.”

Such was the case Judge Donald was asked to take on. His decision declared that, “If the defendant has failed to disburse trust monies in accordance with the terms of the trust, he has exceeded his authority as trustee. . . . The Wisconsin Supreme Court has stated that civil courts may resolve church property disputes ‘provided that they do not entangle themselves in  . . . matters of doctrine and practice.’”

Donald further noted that “Enforcement of the criminal code in this instance does not present a significant risk of interfering with quintessentially religious issues protected by the First Amendment.”

Dokos’ current difficulties are not the first to put him in the public eye. In 1998, Dokos enraged some parish members and Wright fans by redecorating part of the church interior and putting a cross on the roof, as reported at the time by Whitney Gould of the Milwaukee Journal Sentinel. The church was built in 1961.

While some churchgoers liked the changes, “Longtime members of the 800-family parish had tried to talk Dokos out of the changes but were rebuffed,” Gould reported.

The chancellor of the Chicago archdiocese, Father Demetri, defended Dokos at the time, complaining that Wright had installed “surreal paintings” in the interior that were not appropriate to Greek traditions.

The parish holds a very popular Greek Fest held at State Fair Park in June and will present a smaller “Taste of Greece” food festival this weekend, Saturday and Sunday, Feb. 7-8, from noon to 8 p.m.