The company manufactured sewing machines, and this was the interior of its Downtown store. 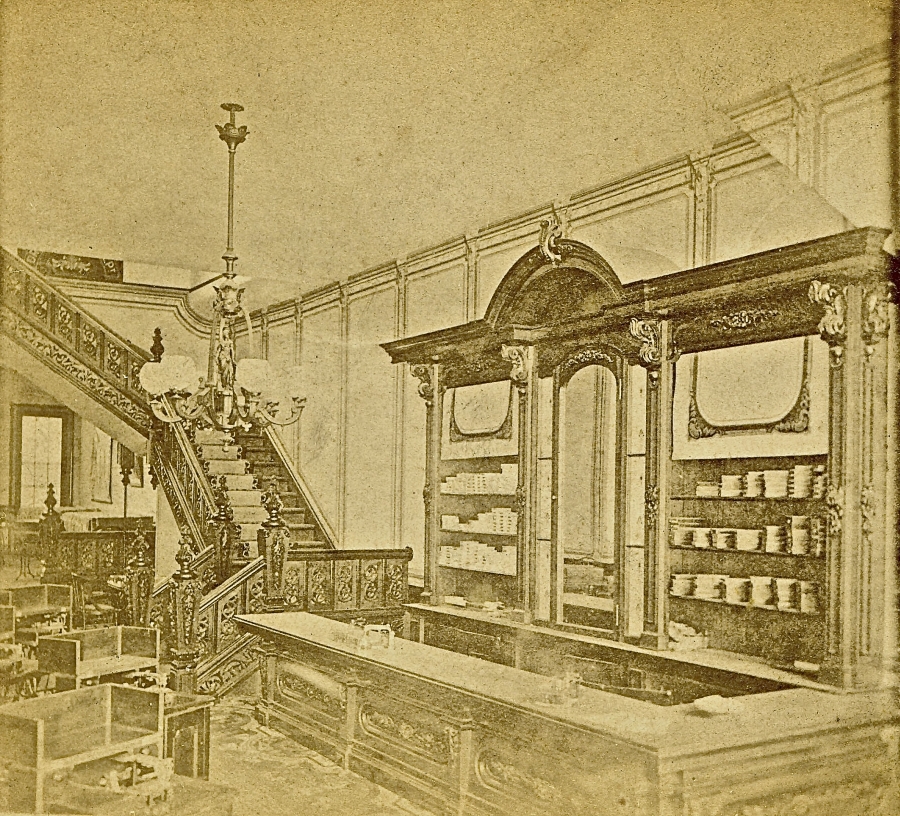 Last week’s column showed the exterior of the Wheeler & Wilson store just after a major snowstorm in 1871. This is a rare view of the interior of the store. While its exterior was very modest, inside the store customers encountered a rather impressive emporium for its day. Note the fine woodwork, especially the grand stairway. The gas chandelier is also rather grand.

Note the sewing machines at the lower left. Wheeler & Wilson was a Connecticut-based manufacturer of sewing machines that began in the 1850s, and this must have been a Milwaukee store for the company (whose entire operation was bought out by the Singer company in 1905).  Sewing machines were a very expensive investment at the time with the price tag as high as a few hundred dollars per machine (about $6,000 in today’s dollars). This would change dramatically in later years when Chicago merchants like Sears and Montgomery Ward would make them available at far cheaper prices.