Green infrastructure, rain barrels, rain gardens and other additions being installed on public and private land. 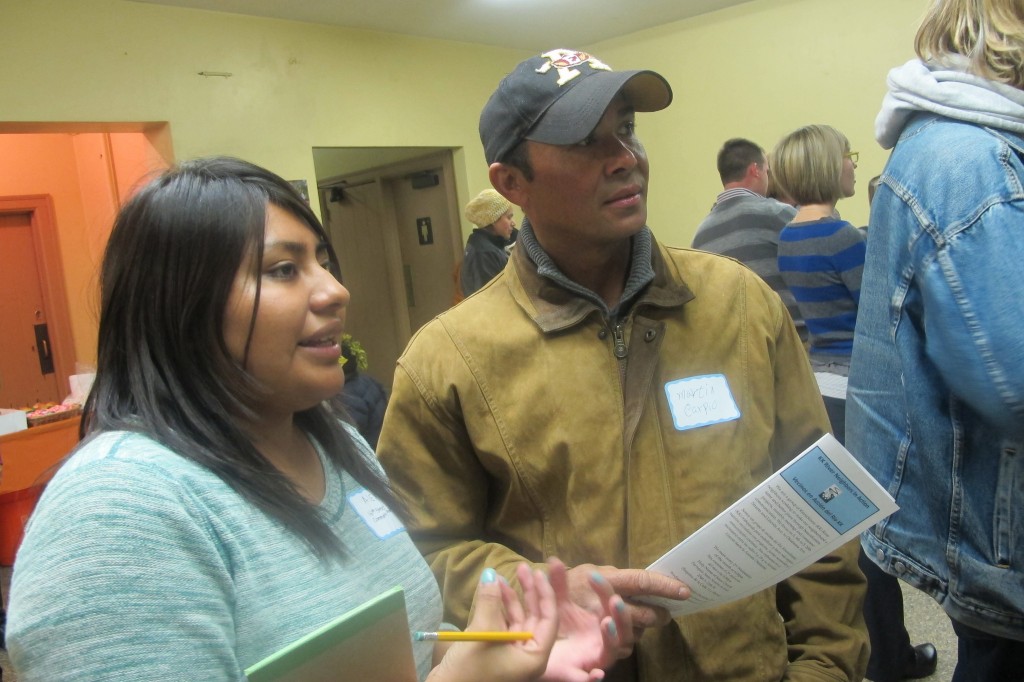 The neighborhoods surrounding Pulaski Park on the South Side are the focus of a concerted effort to revitalize the area near the Kinnickinnic River.

The Kinnickinnic River Corridor Neighborhood Plan is intended to reconnect the river corridor with the urban communities surrounding it. A major component of the project is to learn what types of energy conservation projects or programming community members would like to see implemented, said Craig Huebner, planning consultant for the project.

The effort coincides with the Metropolitan Milwaukee Sewerage District’s (MMSD) ongoing $60 million flood control project along the KK River from South 6th Street into Pulaski Park, at 2701 S. 16th St., though funding for each project is separate. 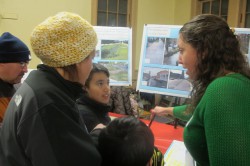 Led by KK River Neighbors in Action (KKNA) and the Sixteenth Street Community Health Center, the plan involves “green” infrastructure on both private and public land, including home rain barrels, walking paths and exercise classes in the park. Youth programming tied to Escuela Verde and other projects are designed to spur community engagement, said Nadia Bogue, environmental project coordinator at the health center. Rain gardens already have been completed along the river trail on West Harrison Street.

The City of Milwaukee, Wisconsin Department of Natural Resources and other entities have expressed interest or provided initial financial support for the changes, Bogue said. The area was also designated as a Targeted Investment Neighborhood two years ago, opening up the door for additional funding, some of which has been used to repave streets and alleyways near the park.

Gathering community input is phase one of the project, and will be completed in 2015, Huebner said. Phases two and three include planning, development, seeking funding and partners for the project, and implementation, he added.

Together, “all the pieces will fit together and make the neighborhood safer for residents,” said Maritza Martin, president of KKNA. A holistic approach focusing on both environmental and physical health factors will help accomplish that, she added. Feedback from residents on the types of changes they want implemented will determine what will occur in the neighborhood over the next few years, she said.

Rosendo Rios, who lives across the street from the park, said he is impressed with the scope of the changes planned for the park and surrounding area, but suggested including community gardens in the project.

“I think they’re a good way to get neighbors out talking to one another while they work on the garden,” Rios said.

Martin Carpio, who also lives near the park, said he welcomes becoming more engaged with fellow residents, but it’s the youth programming he most looks forward to.

Carpio and his children live nearby, and despite having access to a park, there’s not much in terms of organized activities to draw them there.

“I want to see more programs to keep the kids off of the streets and safe in the park,” Carpio said.

The changes are long overdue, said Mark Lindvall, a community leader for KKNA. Lindvall, who’s lived near Pulaski Park since 1979, said the park needs a lot of work. “It hasn’t changed much since I first moved here,” he said.

Lindvall considers the park and surrounding area underutilized. To go along with the green infrastructure, he hopes that private businesses will also buy in, bringing amenities such as coffee shops to the area.

“We need to bring this park and neighborhood back to life,” Lindvall said.