The author and comedian best known for his role in ‘Breaking Bad” reinvented -- hilariously -- the traditional author reading.

Bob Odenkirk at the Pabst Theater. Photo by Sara Bill.

“To be a real writer, you’ve got to be willing to suffer in that chair and wrestle with the blank page,” Bob Odenkirk told the crowd during his Q&A last night at the Pabst Theater.

Now that I’ve begun filling this page (look, coming up with these openings isn’t easy) let me tell you how Odenkirk ripped the traditional author reading a new one. Of course, he read excerpts from his book, but there was also a song, hilarious guests, sketches, and lots of stand-up. Only a comic mind of his calibre could deliver such an inventive, fun performance.

The main question on my mind heading into this event, which has only stopped in Seattle, San Francisco and Los Angeles so far, was how the audience would know him, considering his varied body of work. I first came to Odenkirk through the cult HBO sketch series Mr. Show with Bob and David, which many would say marked the beginning of the modern alternative comedy scene.

Odenkirk has also written for television (including The Simpsons and Saturday Night Live) and movies and directed films. And his new book A Load of Hooey, which he’s promoting on this tour, isn’t his first. Not to mention, he plays a popular character on Breaking Bad who recently got his own spinoff, Better Call Saul.

Had all the Breaking Bad fans in the Milwaukee area shown up last night, the Pabst would have sold out. Maybe the fact it was promoted as a book reading put some folks off. Whatever the case, it was a special night for those in attendance.

To open the show Odenkirk thanked us for making it out and “not quitting,” like he did as a Marquette University student. He later explained that he liked his teachers a lot but didn’t connect with his fellow students. Once he got his personal history with our city out of the way, the funny started coming hard and fast, including a bit about being haunted by the ghosts of past Pabst performers, a TMZ complaint letter (for being a “bad celebrity”), an impression of Robert E. Lee, how tall his son is (“he hates me, that’s how tall he is”), and explaining what life was like before the Internet.

The energy dipped when Odenkirk launched into the first reading, but it soon picked back up. In between readings he portrayed a pissed off Garrison Keiler and took cheap shots at Salman Rushdie. Odenkirk made it a point to read a few political bits, given it was election day, and one about a politician apologizing for misspeaking was so perfect, sad and sidesplitting.

Odenkirk isn’t a seasoned stand-up, but you wouldn’t know it from watching him last night. He only performs a few times a year, which for him is enough to warrant recording a new album. The opener on said album was the second guest of the night, Brandon Wardell. (The first was Chicagoan Megan Johns, who sang with Bob in a song early in the show.)

Less than half Odenkirk’s age, Wardell took little time finding a groove, but was soon working the crowd like an old pro. I especially enjoyed him rapping multiple bars of a Waka Floka Flame verse before stopping without a punchline. Later Odenkirk brought out one of his contemporaries from his Chicago days, Tom Johnson, who now runs an improv theatre in Portland. Johnson wasn’t as cool as Wardell, but his material was just as sharp, and his anti-Republican jokes were much needed, considering the voting results.

The final guest of the night was another friend from Second City who read Odenkirk’s “A Hazy Christmas Memory” (a spoof of the Truman Capote story). After their respective stand-up sets, Wardell and Johnson also read from A Load of Hooey. Johns and Odenkirk joined all three onstage for two final sketches. The first could have been a scene from Odenkirk’s feature film directorial debut (and box office flop) Let’s Go to Prison. He brilliantly introduced the encore sketch with a riff on how prolific a writer he is before directing the players in a “new scene he just wrote that day” about the invention of Twitter, which surely poked fun at Aaron Sorkin dialogue.

The Q&A was short but offered a sincere side of Odenkirk. It was a treat to hear him describe the genesis of an iconic character played by  Chris Farley on SNL. When someone asked him about working with Tim & Eric, whom Odenkirk discovered, it reminded me that sometimes disciples can become bigger than their heroes, since the Tim & Eric crowd at the Pabst back in September was considerably more robust. Empty seats notwithstanding, Odenkirk put on quite simply the greatest book event I’ve ever attended. 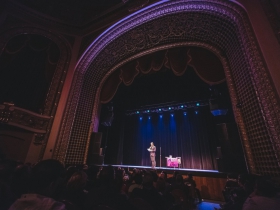 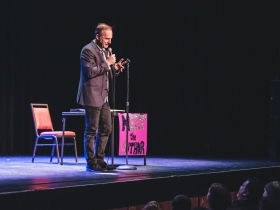 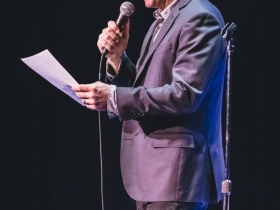 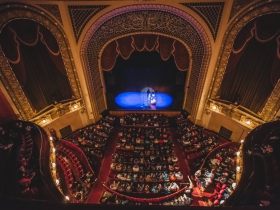 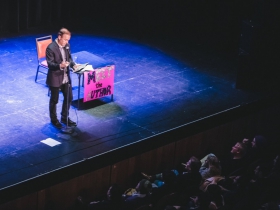 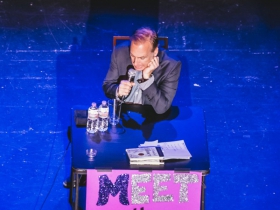