Last Friday night I was in an Uber cab en route to the Summerfest grounds. I told my friendly driver, Jerome, that I was going to review the Lorde concert.

It’s true, Ella Marija Lani Yelich-O’Connor, better known as Lorde, is indeed young, but as the friend who joined me at the show noted, “Lorde is 17 the way Lebron was 17.”

The New Zealand teen sensation is physically, sonically and intellectually powerful beyond her years. Lorde’s sultry voice, savvy critiques of popular culture, musical production abilities and chart domination have cemented her spot among contemporary music royalty. The girl has been covered by no less than Bruce Springsteen.

Lorde faithful were treated to an 80-minute display of her power and grace on a gorgeous September night at the BMO Harris Pavilion, the bookend of the 2014 outdoor music season. The “Queen Bee” entered to a raucous reception after an awkward performance by label mates Majical Cloudz (whom I’ve nicknamed “Mopey Moby”). Lorde donned three outfits throughout the evening, solid colors, simple and elegant, all showing off her fit midsection. Her early stage appearances were derided for a raptor-like “dinosaur dance,” but Lorde has now taken to whipping her mass of curly hair around while doing what looks to be a boxing workout. Make no mistake, Lorde is no dainty songstress; the girl prowls on stage.

I got to see Lorde two months ago at the Osheaga Festival Musique et Arts in Montreal, which falls on the same weekend (and has the same performers) as Chicago’s Lollapalooza. The stage décor in Montreal was more minimalist, while in Milwaukee she brought a trio of screens and a set of street lights, which were well used. A cinema marquee reading, “Tonight: The Tragic And Wonderful Triumphal Procession Of Lorde,” was brought out during the final third of the concert. When the set reached its climax, with the bass-heavy song “Team”, the crowd was hit with a pair of confetti cannons. But the best part of the production had to be the smoke bubbles floating and popping poetically over the crowd.

Her tight 50-minute set in Montreal had no room for covers. On Friday she did her best Kanye West over the first verse of “Flashing Lights,” which caused a flashback to his awesome 2011 performance next door in the Marcus Amphitheater. Later Lorde laid out her rendition of “Heavenly Father” by Bon Iver, paying respect to his Wisconsinature.

Lorde let us know that this was the “biggest show on this leg of the tour” and seemed to be sincerely stoked that Lake Michigan was right around the corner. In Montreal, as she delivered her “It’s so crazy that I’m here with you all…growing old is scary” speech, I heard a few South American boys yell in a thick Spanish accent, “You said the same damn thing in Chile, get on with it!” She basically said the same thing on Friday, but it felt more genuine this time around.

As a young girl who only recently left her small hometown, maybe she felt more comfortable in Milwaukee than in the cosmopolitan festival atmosphere of Montreal? Whatever the case, Lorde put on a damn fine show, giving the good people of Milwaukee a fitting goodbye to fresh air music in 2014. 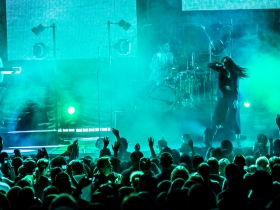 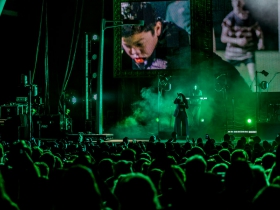 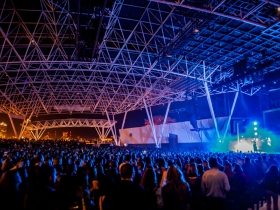 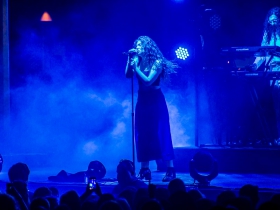 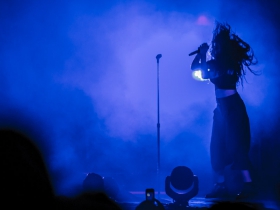 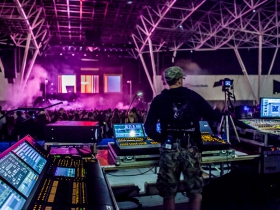