The number increased 166% in four years in Milwaukee, while Madison ranked second among all mid-sized cities.

By Dave Schlabowske, Bike Federation of Wisconsin - May 16th, 2014 01:06 pm
Get a daily rundown of the top stories on Urban Milwaukee 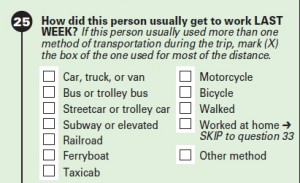 A couple of caveats to remember when reading into this data from the American Community Survey. Because the ACS question is phrased in a rather specific manner, it eliminates many people who ride to work. By asking how a person usually gets to work, anyone who rode their bike two days but drove, took the bus or walked three days doesn’t count.

Also remember this question is only about getting to work. It doesn’t count bicycle trips to the coffee shop, grocery store, going out at night, or other trips. 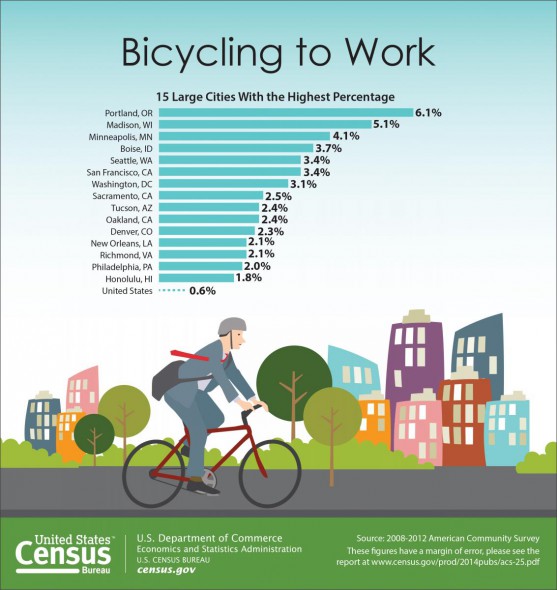 Even with the faults, the report is good news and confirms that the national investments in bicycle infrastructure over the last ten years have paid off. Critics might argue even though the numbers are up, the percentage is still small. To that I say you get what you pay for. We still spend less than one percent of our transportation budget on bicycling, so it is not surprising that bicycling represents less than one percent of all trips to work. And the percentage is much higher in cities, which is where you get the most bang for the bucks spend on biking.  Despite the small investment made on bicycle transit, it is a lot more than we spent before the federal transportation budget included specific pools of money for bicycling and walking in the Intermodal Surface Transportation Equity Act of 1991.

The report has a lot of great information, but if you just want to see how your city compares, you can find detailed break out tables for large, medium and small cities on this page. Note that the report averages data over a five year period, so you may have seen different higher numbers from single year ACS data.

It is nice to have numbers to back up what most of us know, that we are seeing more people riding bikes for transportation than ever before — while at the same time the reports show Americans are driving less. With next week being Bike to Work Week, I hope you all are logging all your cycling miles for the Wisconsin Bike Challenge. Wisconsin slipped back to third place behind Nebraska and Vermont, but Madison has taken the lead in cities over 200,000 and Appleton is way out front in cities with populations 50,000 to 199,000.