But two-thirds of $1.9 billion in Republican tax cuts went to families.

The number came in time for the annual state Republican Party convention: Tax-code changes Republicans enacted will cut taxes by a total of $1.93 billion over four years, the non-partisan Legislative Fiscal Bureau reported. Republican Gov. Scott Walker, up for re-election in November, made that number a centerpiece of his convention speech. He’ll repeat it hundreds of times before the Nov. 4 election.

Since Republicans took control of the Capitol in 2011, Walker told the convention, “We reduced the burden on you – the hard-working taxpayers of this state – by nearly $2 billion. While other states have raised taxes, we’ve lowered taxes by about $2 billion….  We said we would lower the tax burden every year we’re in office.”

But a fine-print reading of the 54 tax-code changes in the Fiscal Bureau report finds that:

*Income and property tax cuts, and other tax-code changes that helped families, totaled $1.32 billion – about two-thirds of the $1.93 billion.

*Businesses, investors and special-interest groups got dozens of tax breaks worth more than $600 million. That includes property tax cuts that helped businesses.

The tax breaks for business and special-interest groups didn’t attract much attention, since they were overshadowed by three income and property tax cuts Walker and Republican legislators pushed through in a year. 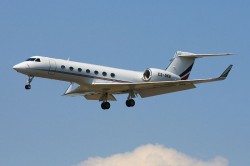 It’s interesting to consider three specific industries that just got new tax breaks. First, Senate President Mike Ellis pushed a bill exempting the maintenance of private airplanes from sales taxes, saving that industry $3.1 million each year. An Ellis aide says the change will help Gulfstream, which employs hundreds at its facility at Outagamie County’s airport. And every neighboring state except Iowa already offers that tax break, the aide adds.

Second, commercial TV and radio stations will no longer have to pay sales taxes on their equipment and electricity purchases. That will save them $2.2 million each year. A Wisconsin Broadcasters Association memo for legislators said the tax exemption provides “parity with newspapers,” which were exempted from collecting sales taxes 40 years ago. The WBA memo added: “Wisconsin’s radio and TV stations are economic engines!…Broadcasters are the conduit to growing every sector of Wisconsin’s economy by creating markets that put money into the pockets of those that are hiring.”

Third, Wisconsin manufacturers of modular homes won a sales tax exemption saving them about $980,000 per year. Without the tax break, says Ross Kinzler, executive director of the Wisconsin Housing Alliance, “It is likely modular home production would leave the state because Wisconsin is a net export state — most homes produced leave the state.”

Other industries, and the four-year tax breaks they got, include printers, $2.3 million; makers of fertilizer-blending equipment, $1.8 million; direct mailers, $1 million, and makers of snow-making equipment, $300,000. Democrats voted against most of those tax cuts, accusing Republicans of having the wrong priorities.

“Taking money from our local schools and denying our children the opportunity of a quality education is a recipe for failure,” Democratic Sen. Jennifer Shilling, a member of the Joint Finance Committee, says when asked about the $1.93 billion in tax cuts. “Wisconsin has dropped from 11th to 35th in terms of job creation and too many middle- class families continue to struggle as a result of the misguided agenda over the past three years. Failing to invest in middle-class families, small businesses and local communities will prevent Wisconsin from reaching our full potential and continue to hamper job creation efforts.”

Todd Berry, president of the non-profit Wisconsin Taxpayers Alliance, warns that some of the 2011-2015 tax cuts could come back to haunt officials in the future. The 2011-15 changes used state dollars to replace property taxes that would have otherwise paid for schools and technical colleges – a diversion future governors and legislators may not be able to sustain, if tax collections fall, Berry explains.