The Importance of Earth Day

Take your cue from our former Senator Gaylord Nelson. Your actions can make a difference.

By Dave Schlabowske, Bike Federation of Wisconsin - Apr 25th, 2014 02:34 pm
Get a daily rundown of the top stories on Urban Milwaukee 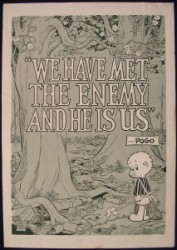 On April 22, 1970 Walt Kelly’s little possum named Pogo kicked off Earth Day with the now famous quote “We have met the enemy and he is us.” I was just eight years old then. I don’t remember Earth Day, nor its founder, former Wisconsin governor and U.S. Senator Gaylord Nelson.

My earliest memories of the environmental movement are of a television commercial featuring a Native American chief standing by the road with tears in his eyes after someone tosses a bag of garbage out the window of a passing automobile. The ad was part of the early Keep America Beautiful campaign.

While you can now canoe and fish in the Cuyahoga River without a fire extinguisher at your side, I’m not sure things are much better. Yes, like the Cuyahoga, my local Milwaukee and Menomonee Rivers are now also clean enough to fish in, so in many ways the environmental movement has been successful. As many as 80 percent of Americans now call themselves environmentalists. While most of us wouldn’t think of tossing a trash bag out the window, a passenger in a car did actually toss some garbage out the window as they passed me riding my bike on Sunday, but not far after that I pedaled past some people picking up trash on the side of the road. 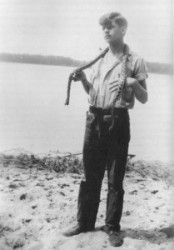 Nelson and a friend on the shore of Clear Lake, WI, where he grew up.

So yes, tossing trash is more an aberration than the norm these days, and our environmental problems are a little harder to see. Yet some would argue we have pushed old mother earth so far that it’s the end of the world as we know it, as noted environmentalist Paul Kingsnorth declared in the New York Times Sunday Magazine last weekend.

I find it frightening that some people still don’t believe in climate change and we continue to invest in “clean” coal rather than “more expensive” renewable energy sources. And I must be dumb, because I cannot understand it when people drive short distances rather than walk, ride a bike or take a bus, but I haven’t given up hope.

My daughter turns 18 tomorrow, so I must have hope. It might be as irrational of me to believe her generation will do better than mine did as it is for people to deny global warming, but I would have a hard time going to sleep at night without such optimism. I don’t ride my bike solely to save the planet for my daughter’s sake. I believe it is the responsible thing to do. Raised in a blue-collar working family, I was taught not to be afraid of a little effort, that we can’t afford to waste, and to take responsibility for myself and make sure my actions don’t hurt anyone else.

I could do more, of course. I could live in a smaller home, use less electricity, take shorter showers, etc., but I do make an effort. And with the exception of Earth Day, or the week of Earth Day,, I try not to be too preachy about riding a bike for transportation, despite my job as a “bicycle advocate.” I mostly try to encourage people to ride their bike because it’s a whole lot of fun, as the photos below prove. 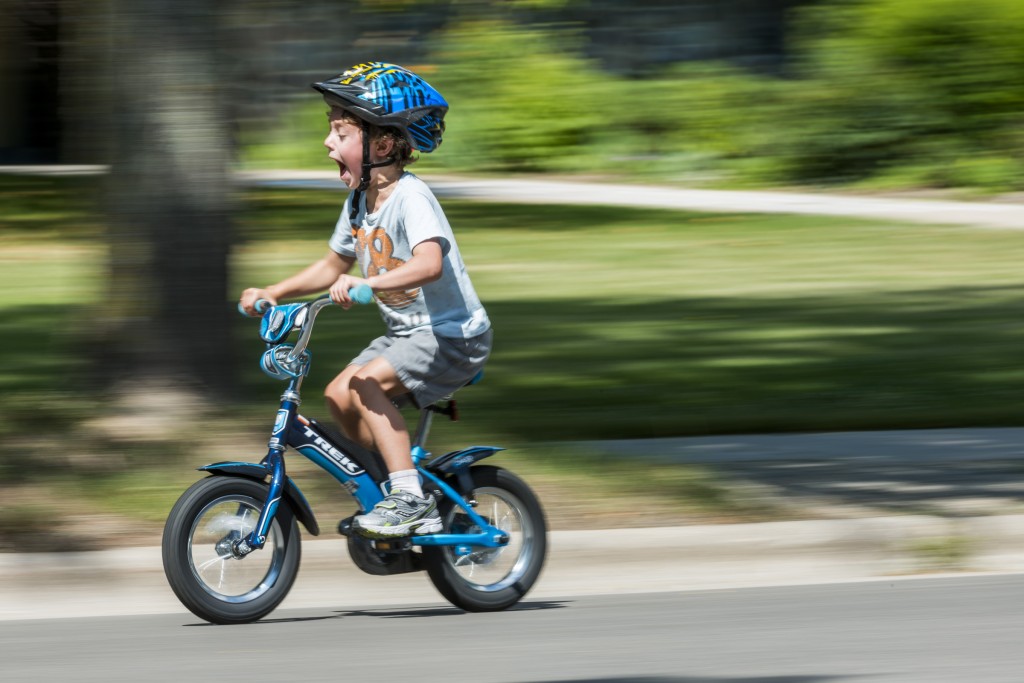 WEEEEE! Wanna feel like this again on your next commute? 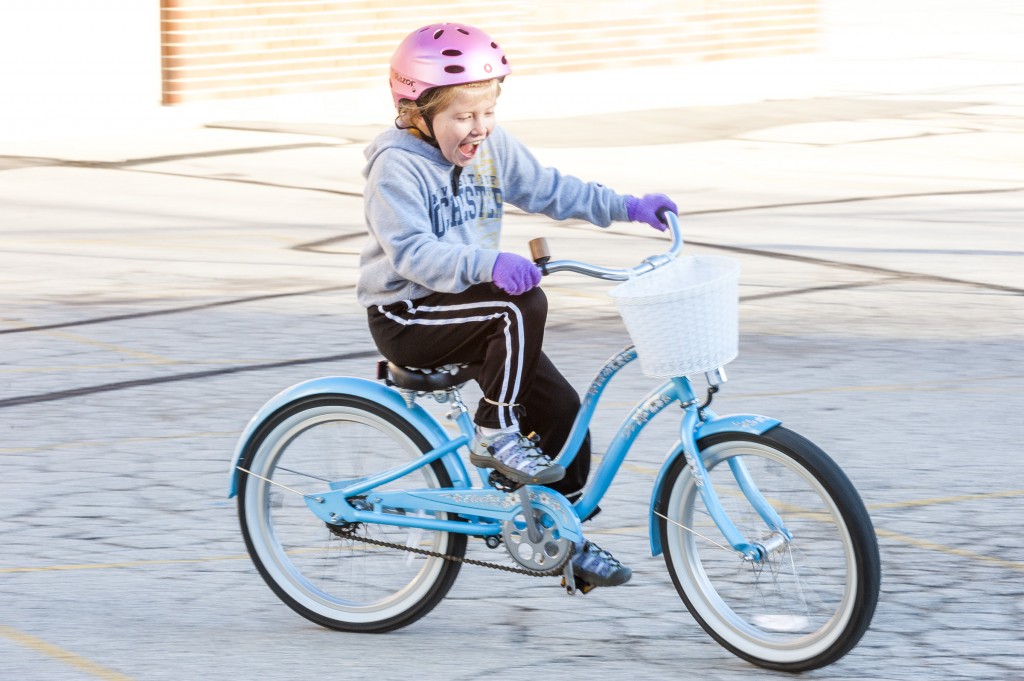 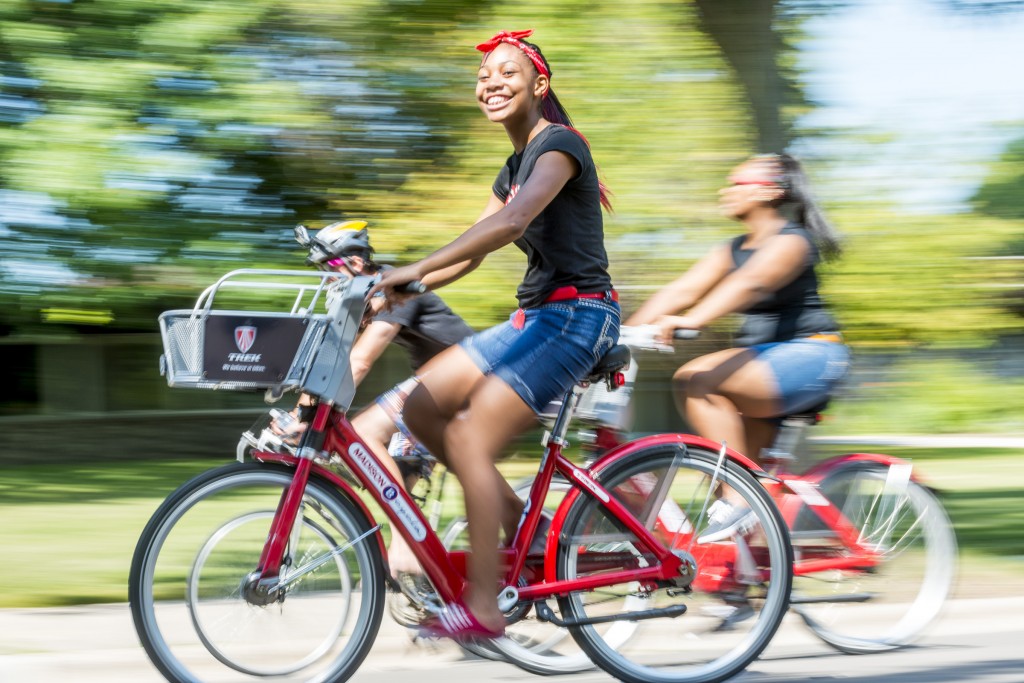 The best reason to ride a bike.

So I ask that this week, in honor of Wisconsin’s favorite environmental son Gaylord Nelson, you excuse me for this brief call to action, to do what you can to consider your impact on the environment. Thanks, and with that I’ll climb down from this soap box and go ride my bike to work.