By Kayla Parker, Milwaukee Neighborhood News Service - Jan 23rd, 2014 11:56 am
Get a daily rundown of the top stories on Urban Milwaukee 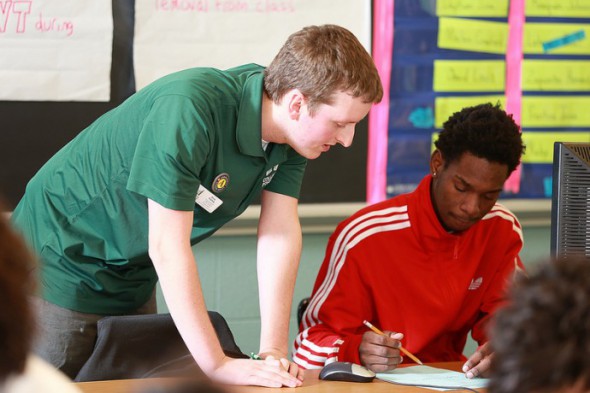 At the summit, hosted by President Obama and first lady Michelle Obama last Thursday at the White House, the president laid out plans for increasing the number of low-income students who attend college. College Possible was among more than 40 organizations and 100 colleges recognized at the summit.

Obama provided details on four new initiatives to increase both college acceptance and attendance. College Possible already provides most of the programs, such as guiding high school students making decisions about college and helping with SAT and ACT test preparation, according to its website.

College Possible plans to serve 20,000 students in 10 cities by 2020. This includes opening a fifth site in Philadelphia this year. 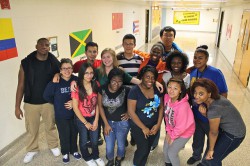 The College Possible Milwaukee, founded in 2008, hopes to grow as well, according to Executive Director Edie Turnbull. According to its website, during the 2012-2013 school year, the group served 1,862 high school students and more than 2,000 college students.

“We’ve devoted the last 13 years to studying the problem of education inequality and we’ve found strong, cost-effective solutions,” said Turnbull, who noted that expanding would help the organization meet the demand for services in Milwaukee. While expansion will start next year, details won’t be available until this spring, when information on funding becomes available, she added.

The president talked about how attending college helped him succeed. “Michelle, me, and maybe a few of you would not be here today,” if college had not been available, Obama said.

Jim McCorkell, founder and CEO of College Possible, said the summit was intended to highlight economic disparities in college education. “Upper-income students are almost 10 times more likely to earn a four-year college degree than their lower-income peers,” he noted.

According to Obama, only 30 percent of low-income students enroll in college and the unemployment rate for Americans without college degrees is twice as high as those with a college degree.

The summit did not address the rising cost of tuition, which could keep some low-income students from applying or attending college, McCorkell said. However, he commented that the summit was a step in the right direction.

“The truth is a college education is still the best investment a young person can make. Not only will graduates have a more fulfilling life, they’ll make significantly more money than their peers without a degree.”