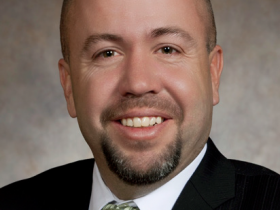 Wisconsin legislators have taken the first step to amend the state Constitution to make it harder to recall them, the governor, attorney general and other state officials. The potential change follows a record 13 recall elections that targeted the governor, lieutenant governor and 11 state senators over a one-year period. Three Republican senators were recalled.

The official summary of the change:

Currently, a petition for recall … need not demonstrate any grounds for the recall of an elective officer. Under this amendment, an elective officer may be recalled only if he or she has been charged with a serious crime or if a finding of probable cause has been made that he or she violated the state code of ethics.

The change was approved by a 53-39 vote of the state Assembly on Nov. 14. All votes for the change came from Republicans; Democrats and Republican Rep. Steve Nass voted against it.

That vote sent it to the Republican-controlled Senate, which must also endorse it next year to keep it alive. Seven of the 33 senators – five Republicans and two Democrats – who would have to vote on the constitutional change survived recall elections.

A Senate vote would forward it to the 2015-16 Legislature, where it would have to pass again and then be approved by voters at a statewide referendum. Governors play no direct role in constitutional amendments.

But there’s two things that the constitutional change does not do.

The combination of requiring the filing of a criminal charge or tentative finding of an ethics violation to recall a state official, but leaving unchanged those two other provisions in current law, would make it much harder to recall future state officials.

And that’s no accident, since its state officials recommending the change.

Here’s what removing all limits on campaign donations when a state official has been targeted for recall, but before his or her recall election is set, meant in the recall summers 2011-12:

“A total of $8,035,353 in contributions over and above the limits that are ordinarily in place” were made to state officials who were the subject of recall petitions, according to Wisconsin Democracy Campaign (WDC) records.

Although the unlimited donation period helped Democrats and Republicans, Walker benefited the most. About 83 percent of that $8 million was donated to the governor by individuals and PACs, McCabe added.

The Democracy Campaign tracks some campaign-finance numbers back to 1989. It researched the $8 million figure for this column. “Without the ability to go over the limits, recall targets would have raised about 18% less overall,” McCabe adds.

And the significance of keeping the one-year-in-office waiting period before a state official can be targeted for recall? In his new book, “Unintimidated,” Walker says that one-year wait is the reason he became the first governor in American history to survive a recall election.

Walker was elected governor in November 2010 and took office in January of 2011. So, no petition to recall him could be filed before January 2012.

Here’s how Walker puts it on page 156 of “Unintimidated”: “I was fortunate that Wisconsin law required that an official had to be in office for at least one full year before a recall. That gave us at least some breathing room. If the law had allowed me to be recalled in 2011 instead of 2012, I would almost certainly have lost.”