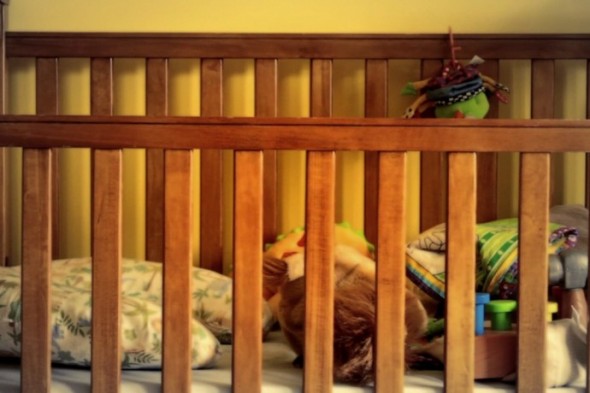 More than six months after receiving $2.25 million in grants from the Lifecourse Initiative for Healthy Families (LIHF) to help reduce black infant mortality in Milwaukee, 12 city-based programs are edging toward implementation.

More than six months after receiving $2.25 million in grants from the Lifecourse Initiative for Healthy Families (LIHF) to help reduce black infant mortality in Milwaukee, 12 city-based programs are edging toward implementation.

The programs are developing at different paces, according to Quinton Cotton, LIHF Program Officer for the Wisconsin Partnership Program (WPP), which runs the initiative. The projects are “just now getting under way,” Cotton said.

At the same time, WPP, a program of the University of Wisconsin-Madison’s School of Medicine and Public Health, is working to create an infrastructure in each of its four target cities: Milwaukee, Racine, Beloit and Kenosha. It recently issued a competitive request for applications from convening agencies that will be awarded grants for up to five years to support Lifecourse Initiative collaboratives, and — in Milwaukee — to re-establish the collaborative.

In July, the Partnership Program established a regional program office in Milwaukee to serve as a central coordinating resource for all four collaboratives.

WPP also is holding a public forum on Sept. 27 at the University of Wisconsin-Milwaukee’s Zilber School of Public Health, 1240 N. 10th St., to discuss the future of the Milwaukee LIHF collaborative.

LIHF’s Milwaukee initiatives stalled in January, when “irreconcilable differences between the WPP and the Milwaukee LIHF Collaborative” led the WPP’s Oversight and Advisory Committee to withdraw a $250,000 implementation grant from the collaborative, according to committee minutes.

Meeting records state that the issues stemmed from challenges in “staffing, leadership, infrastructure and communication” in the Milwaukee LIHF Collaborative, including the resignation of two Milwaukee LIHF co-chairs in 2012.

Controversy arose when Dr. Patricia McManus, president of the Black Health Coalition of Wisconsin (BHCW) and a member of the Milwaukee LIHF, claimed that the WPP attempted to take control of the collaborative from community organizers.

In an article on the BHCW website, McManus claimed that the WPP “created an implementation structure that was very problematic for Milwaukee” due to inadequate funding, poor communication and other issues.

An LIHF transition team guided by Jump at the Sun Consultants has worked to provide recommendations to move the Milwaukee LIHF initiative forward. The lack of a local convening agency has hindered communications among projects, however.

“There’s no backbone agency,” said Allison Amphlett, who directs the United Neighborhood Centers of Milwaukee (UNCOM) Initiative for Healthy Families, a LIHF project. “The way the WPP has set it up, each of the programs is operating pretty independently of one another.”

Cotton declined to say exactly how many or which projects had been launched, but pointed out that “they are all at different phases [of] their start-up.” 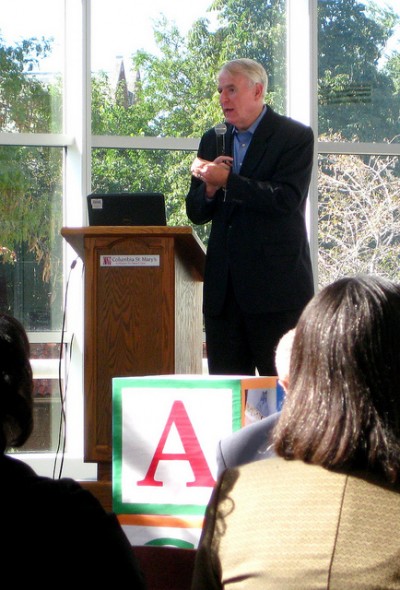 The mortality rate for black infants is nearly three times that of white and Hispanic babies in Milwaukee.

LIHF hopes to address that disparity and to fulfill the aims of the 2012 Milwaukee LIHF Community Action Plan.

The plan calls for a three-pronged, holistic approach to reducing black infant mortality in Milwaukee through improving healthcare access for black women, building families and communities, and addressing social factors including poverty and employment issues.

“Community and social determinants of health, access to healthy food, affordable healthcare, transportation and jobs – all these things have an impact on health,” Cotton said.

One project moving forward is the City of Milwaukee Health Department’s Direct Assistance for Dads (DAD). Led by Leah Jepson, project coordinator, and Dr. Geoffrey R. Swain, a professor at the University of Wisconsin-Madison’s School of Medicine and Public Health, the project will employ three “fatherhood involvement specialists” in collaboration with a partner agency, My Father’s House.

The specialists initially will provide parenting training to fathers of young children whose mothers are involved in health department programs.

“The more involved and effective the mother and father are in a newborn’s life, the healthier they’re going to be and the more successful in the long run,” Swain said.

The Health Department has hired three specialists, who should “begin taking on cases in the community before the end of the year,” said Health Communication Officer Sarah Deroo in an email.

The UNCOM Initiative for Healthy Families will also stress family interactions. Amphlett, UNCOM special projects manager, and Dr. Mary Jo Baisch, an associate professor with the University of Wisconsin-Madison’s School of Medicine and Public Health, have partnered on the project, which aims to provide “relationship-building groups” to families through agencies that are part of UNCOM.

“The groups will explore crucial emotional intelligence-building and stress reduction techniques,” Amphlett said. “We want to create opportunities for family members to develop better relationships with one another.”

According to Baisch, a researcher in maternal and child health, the stress that mothers face can sometimes be intergenerational, affecting birth outcomes by increasing the chance of premature deliveries.

Amphlett said that the project will continue in its planning stages until at least November.

Each of the 12 two-to-three year programs is supported by an individual grant from LIHF of up to $400,000. Each Milwaukee program pairs community organizers with academic partners from the University of Wisconsin to address a different aspect of the city’s ongoing infant mortality crisis.

According to preliminary data released by the city Health Department in June, 96 Milwaukee infants died before their first birthdays in 2012. It was the lowest yearly number on city record.

But those 96 deaths are still “96 too many,” Mayor Tom Barrett said at a recent event for the city’s Safe Sleep Sabbath initiative at Columbia St. Mary’s Hospital.

That improvement is not reflected across people of all races in Milwaukee, however.

The lack of progress is troubling, according to Swain.

“Statistically speaking, the black mortality rates [for 2007-2009 and 2010-2012] are actually about the same,” he said. “Still, we have a goal to reduce the rate significantly, and we are not making progress toward that goal.”

Barrett said the disparity told “a tale of two cities.”

City leaders including Barrett and Baker have expressed support for the LIHF projects. Barrett said the pace was anticipated.

“We knew that there would be ramp-up time,” Barrett said. “We want to make sure the money is spent wisely, and we want the programs to be effective. And we hope these projects will get going as soon as possible.”

Baker said he was confident that the LIHF projects are providing the framework for effective programs, but stressed that Milwaukee’s campaign to reduce infant mortality is a long-term one.

“We may be here for the next decade, but Milwaukee will be better at the end of that decade,” said Baker.