It's worth $2 million but quite invisible from the road, in case you Harley riders try to check it out. 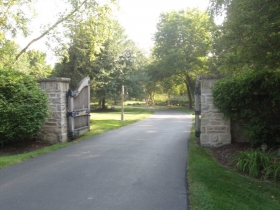 Willie G. Davidson retired last year from his job as head stylist at Harley-Davidson Motor Company, but as long as he lives he will remain the personification of the firm founded by his grandfather William A. Davidson in 1903.

Willie G, who was born in 1933, gave a public face to the company with his frequent appearances at Harley-Davidson events. He looked the part, with his Harley gear and his whiskered face and his bandana or beret. How many other executives of New York stock exchange-listed firms could do the same?

As the nation’s motorcyclists converge on Milwaukee to celebrate the 110th anniversary of the firm’s founding, House Confidential headed out of town to locate Davidson’s home.

Davidson and his wife Nancy have lived since 1997 on a 10.25 acre estate on Lapham Lane in the Town of Delafield.

This is a verdant land, dotted with lakes and natural wonders. The Ice Age Trail winds its way through the 20.8 square miles that remains of the original 36-square mile town. (The Village of Hartland, the City of Delafield and the Village of Nashota all split from the Town of Delafield’s domain, usually after prolonged political battles between the communities’ urbanized and lakefront dwellers and their rural, agricultural counterparts. It was ugly when the City of Delafield went its own way in 1959.)

About 11 percent of the town’s area is liquid, most notably the western half of Pewaukee Lake. Lapham Peak State Park is just down the road from the Davidsons’ spread, and numerous excellent roads (some private!) wend their way through the bucolic vistas of western Waukesha county, perfect for a Harley ride.

This is a high-rent district, and is distinct from suburbia in many respects, although the area is poised to slide into that abyss as such horrors as Pabst Farms struggle to come into their odious being. The average per-family income in Delafield is in the $100,000 range, but there are enough folks like Davidson, with an estimated net worth of $100,000,000, to keep the everyday millionaires on the other side of the town line, thank you.

Country and lake estates are the norm here, in the town they once called “Hayopolis,” and like the Davidson residence, the homes are suggested, but often not visible to the passing motorcycle gang. A split rail fence defines the Davidson property, and the lawn is swept clean. One wishes for a mailbox fashioned from a Harley gas tank to stand at the end of the asphalt drive, but such ostentatious display for once is divorced from the Harley-Davidson name.

So, here we have the ideal country estate, about which not much can be said. Isn’t that what makes it ideal? The freedom of the open road does not extend up the Davidson driveway, but the Google drone shows a rather substantial home perched on an unnamed private lake.

Willie G. Davidson joined the family firm in 1963 and was promoted to Vice President for Styling in 1969. He retains that title in an emeritus position with the firm. His father was president of the company, and Davidson claims that he has “gasoline” in his veins. He designed the company’s Lowrider and other models, helping to propel the craze for customizing motorcycles in ever-more-complicated and elaborate ways. The company does its part by producing and licensing tens of thousands of accessories, and a copy of each likely finds its way into the company’s unparalleled corporate archives.

Davidson was one of 13 Harley executives who pooled their money to rescue the firm from bankruptcy in 1981. It has since been listed on the New York Stock Exchange, where a share will cost you about $60.

So the riders who are in town are in a way paying a personal tribute to Willie G. Davidson. Few companies have ever had a more personable and identifiable brand ambassador.

How Milwaukee is it? City Hall is about 29 miles away. 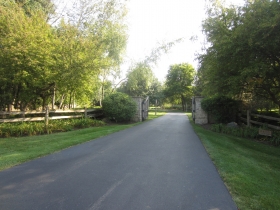 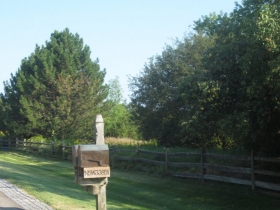 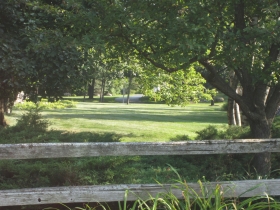 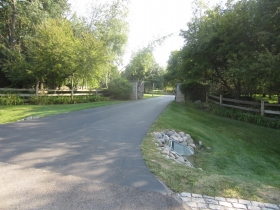 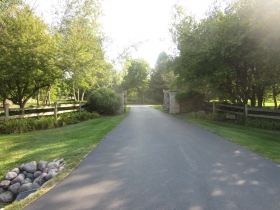