Despite its historic label, the Third Ward is a source of constant change. Artist Richard Edelman unveiled his New Pink Planet at Catalano Square, which is about as pink as one could make a sculpture. A block to the north, Pendleton Woolen Mills, a new clothing store, opens today in the former Third Ward Fire Station. A new restaurant from the SURG Group (Carnevor, Unami Moto, etc), Gouda’s Italian Deli, is taking shape at 218 N. Water St. in the former Centanni space. Like the recent Mikey’s renovation, it’s being handled by Flux Design.

Perhaps the most visible change coming to the ward is the construction of Two50Two, an apartment building for students at the Milwaukee Institute of Art & Design. The foundation for the building was being poured when we stopped by today. 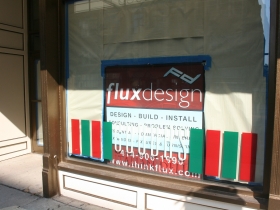 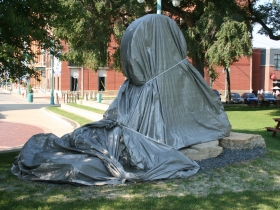 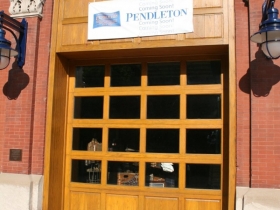 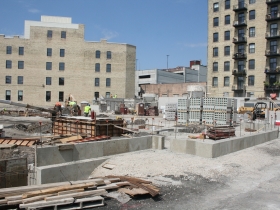 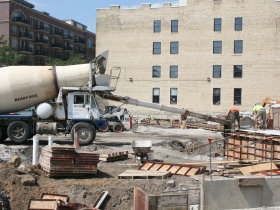 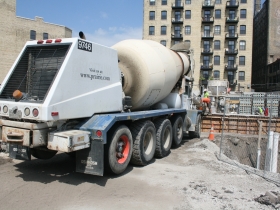