By Bill Lueders, Wisconsin Center for Investigative Journalism - Jul 11th, 2013 11:44 am
Get a daily rundown of the top stories on Urban Milwaukee 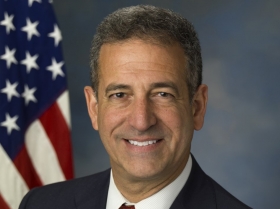 In politics, as in comedy, timing is key, even if it’s accidental.

The same week in February 2011 that Russ Feingold announced the formation of the advocacy group Progressives United to “stand up to the exploding corporate influence in our political system,” events in Wisconsin gave him something to advocate about.

Gov. Scott Walker, a Republican, announced changes to collective bargaining for public workers, spurring historic protests and recall elections that drew in vast amounts of outside cash on both sides.

Feingold, a Democrat who represented Wisconsin in the U.S. Senate for 18 years, saw these events as “Exhibit A” of the impact of Citizens United. This 2010 U.S. Supreme Court ruling opened the door to unlimited outside spending on political campaigns, letting big-money donors sidestep curbs that Feingold helped pass.

“And so,” he said in a recent interview, “by chance, the Wisconsin piece became much more significant than it might have been, because everybody in the country was focused on Wisconsin, and so were we, in the beginning.”

Feingold’s cause has two components. Progressives United Inc., a 501(c)(4) nonprofit, whose goal is to counter big-monied corporate interests in the U.S. political system. Its listed achievements include pressuring Democratic leaders in Congress to not “cave to right-wing demands” on debt-reduction strategies.

Feingold says Progressives United Inc. has “several hundred thousand” members — people who have signed up for mailings and emails. It solicits contributions but, Feingold adds, “You can be a part of it whether or not you give money.”

The group, with offices in Middleton and Washington, D.C., has more members from Wisconsin than any other state, says spokesman Josh Orton. But it operates in all 50 states.

Progressives United Inc. raised and spent just over $1 million in 2012, according to a federal tax filing it provided on request. All revenue was from member contributions; the group eschews money from corporations, unions and lobbyists. Most expenditures were for staff salaries and fundraising; Feingold was paid $30,000 last year for his part-time role with the group.

Feingold was recently tapped by the U.S. State Department to serve as a special envoy to Africa, an appointment of indefinite duration. He’ll step aside from active involvement in Progressives United, which will continue without him.

The second component of Progressives United is a political action committee that has raised $1.3 million for candidates since 2011, according to a list provided by Orton. About half was for races in Wisconsin, including $441,567 on state recall elections.

In all, the PAC has helped raise money for more than 50 candidates. All were Democrats, except Vermont’s U.S. Rep. Bernie Sanders, who is an independent. The single largest beneficiary, at more than $200,000, was Elizabeth Warren, who won a hard-fought U.S. Senate race last year in Massachusetts.

Feingold says both Progressives United arms are officially nonpartisan and notes that the nonprofit has criticized Democrats including President Barack Obama. But he acknowledges that the PAC has “overwhelmingly supported Democrats because they were the ones who said they wanted to do something about campaign finance.”

Wisconsin, says Feingold, remains “one of the places where the political right and big-money interests unleashed by Citizens United are particularly aggressive.” He sees evidence of a national conservative agenda in state efforts to “challenge and threaten voting rights” and manipulate legislative redistricting to partisan advantage.

While Progressives United urges grassroots action, Feingold is skeptical about efforts to pass a constitutional amendment to undo the impact of Citizens United. He thinks change is far more likely to occur from the top down — through changes to the makeup of the U.S. Supreme Court.

“That is a doable thing which I believe will happen,” Feingold says. “The question is whether it’s two years or four years or 10 years or 20 years, and that’s going to make an enormous difference for our country, how long it takes to overturn it.”