The Decline of Sheriff Clarke

The weirder and crankier he gets, the more unlikely his reelection.

There was a time when David Clarke was a rather formidable politician. As a law-and-order Democrat, he had appeal for voters in both parties. As the rare black conservative, and one who gave the media juicy quotes, he got tons of coverage. He was personally likable, and he was colorful, riding a horse and wearing his cowboy hat. Milwaukee Magazine did a fairly flattering profile about a decade ago. The Milwaukee Journal Sentinel was typically sympathetic in its coverage (some reporters grumbled about this when I worked at the paper). And the TV stations seemed to love him.

But in the last year or two, Clarke seems to have gone off the deep end. Perhaps nothing is more illustrative than this Journal Sentinel headline in February: “David Clarke accuses Chris Abele of ‘penis envy’ in latest rant.”

The comment merely made Clarke look childish. And since County Executive Abele isn’t really seen as a liberal (county board members have called him “Scott Walker lite”), Clarke’s feud doesn’t play to his classic storyline, that he’s smiting those silly liberals. Perhaps worst of all, the headline dubbing this Clarke’s “latest rant” helps cement an image of him as a crackpot.

In particular, JS columnist Dan Bice is having a field day covering Clarke, with several columns noting the public money the Sheriff is spending on ads telling people to arm themselves or handle intruders by being “ruthless,” and a column about Clarke’s agreement with a crazed conservative who believes the federal government is a greater threat than terrorists.

Clarke is now accusing the Journal Sentinel of suffering from “Clarke Derangement Syndrome.” Bad move. You never pick a fight with the state’s largest newspaper, it will only hurt you. A narrative is beginning to set in, that Clarke is losing credibility in the community, as this op ed in the Biz Times suggests.

Besides Abele, Clarke has picked fights with county board members, Mayor Tom Barrett, Police Chief Ed Flynn and various other officials. Meanwhile, Clarke is taking weird stands that leave him as an island unto himself. The legislature’s proposal to bring back private bail was opposed by everyone in the criminal justice system, including the Wisconsin District Attorneys Association, Wisconsin Association of Criminal Defense Attorneys, all 47 Milwaukee County judges and all 10 of the state’s chief circuit judges, not to mention the Wisconsin Sheriffs and Deputy Sheriffs Association, police chiefs and clerks of court. Only Clarke has publicly favored it.

And what exactly is the record Clarke has to run on for reelection in 2014? His opponents can note his department does little to combat serious crime, handling just one-fifth of one percent of all major property and violent crimes in the county, as I’ve reported.

As an administrator, he looks suspect: the County board voted overwhelmingly for and Abele signed a measure to remove Clarke as manager of the House of Correction because they felt he was doing a poor job. When you combine that with the fact that he’s been spending a lot of time in California pursuing a graduate degree, he’s vulnerable to the charge that he’s not on top of the job.

Nor does he look like a careful manager of the taxpayers’ money. The Sheriff Department’s budget had risen 61 percent over the last decade, far faster than any other county department. Yet he’s still had overruns on his budget due to overtime costs.

Finally, there’s the fact that he’s spent $19,000 in taxpayer money on ads, mostly telling people to arm themselves or to “be ruthless” in defending themselves. Much of spending was on WISN radio, where he’s served as a guest host, which raises the issue of a conflict of interest. And regardless of the message in any of the ads, all have served to promote the name of David Clarke. Voters may not want to foot the bill for that.

All told, there is no shortage of issues for an opponent running against Clarke. Should he decide to run for reelection (and his increasingly erratic behavior makes you wonder), Clarke could face a number of opponents who smell blood in the water.

-Dan Bice’s latest column considers the mystery of why Gwen Moore, the Democratic congresswoman from Milwaukee, bucked her party to support a bill “that would help big banks by exempting them from U.S. regulations when they trade derivatives through foreign subsidiaries.”

Moore’s decision contrasts sharply to Rep. Maxine Waters, also an African American representing a district (in Los Angeles) that has traditionally had a lot of poverty. Waters, as a profile in the New York Times noted, has become more sympathetic to bankers since becoming the ranking Democrat on the Financial Services Committee. Even so, she urged her colleagues to vote against the bill Moore supported.

Years ago, as a state legislator, Moore also supported the infamous CAPCO bill that was supposed to bring jobs to Wisconsin but mostly gave handouts to financial companies. Is there a pattern here?

-Abortion opponent and state Sen. Mary Lazich (R-New Berlin) offered a truly classic quote on the floor of the senate last week, saying abortion “became popular in the ’60s and it was almost the thing to do. You needed to get one of them to be a woman.”  No, I’m not making this up.

-For those readers who might have missed this, Urban Milwaukee now runs the weekly column by veteran state capitol reporter Steve Walters, who works these days for Wisconsin Eye, which provides “gavel-to-gavel, unedited coverage of state proceedings.” Walter may know as much about state government as any reporter in Wisconsin. His latest column is an insider’s take on the Democrats desperate search for a candidate to oppose Scott Walker.

23 thoughts on “Murphy’s Law: The Decline of Sheriff Clarke” 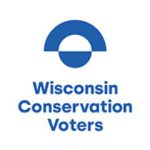