An Attack on Student Journalism?

What lesson does legislators attack on the Center for Investigative Journalism teach young journalists?

By Bill Lueders, Wisconsin Center for Investigative Journalism - Jun 11th, 2013 11:03 am
Get a daily rundown of the top stories on Urban Milwaukee

The other day my boss, Andy Hall, responded to an email from the Simpson Street Free Press.

This always readable, often impressive paper put out by young people in some of Madison’s poorest neighborhoods had asked Hall about state lawmakers’ surprise move against his group, the Wisconsin Center for Investigative Journalism.

Hall, the Center’s executive director, had a pile of interview requests from all over the nation. Yet he took time to respond to these young journalists.

Around 6 a.m. on June 5, toward the end of a marathon session, the Legislature’s Joint Finance Committee added a provision to the state budget. It called for booting the Center from the University of Wisconsin and barring university employees from “doing any work related to the Center” as part of their duties.

It passed with minimal discussion on a 12-4 party line vote, with Republicans in the majority. It could still be removed by the Legislature or vetoed by Wisconsin Gov. Scott Walker.

In his reply to the Simpson Street Free Press, Hall said this provision, for which no lawmaker has claimed credit, would “diminish opportunities for students, who have won state and national acclaim for investigative news coverage they have produced with the Center’s professional staff.”

Moreover, it would “limit the freedoms of faculty members to determine how best to teach their students. And it would potentially reduce the public’s access to information about key issues that is essential to maintaining a strong democracy.”

Funding for the Center comes from private grants and donations, all publicly disclosed. It has rent-free access to two small rooms in the UW-Madison School of Journalism and Mass Communication, in exchange for being a resource to faculty and students.

The Center spends $40,000 a year to hire student interns. It works with journalism classes to produce stories, like a recent series on Wisconsin parks. Its four full-time staff members, myself included, come into classrooms to teach skills, like how to use public databases to track campaign financing. 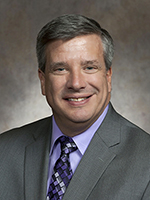 At a June 6 press conference, I asked state Rep. John Nygren, R-Marinette, whether it should matter to lawmakers that the Center provides what the UW considers to be a valuable role. His answer was no.

“That’s a decision they made,” responded Nygren, the Joint Finance Committee co-chair. “We believe otherwise. That’s why we made the decision we did.”

In recent days, the Center has received an outpouring of support from the UW, journalism groups and others, of all political persuasions.

“Who thought this was a good idea?” demanded Milwaukee radio host Charlie Sykes, calling the move “petty, vindictive and dumb.” He praised the Center’s reporting, which he noted had been cited by conservatives like himself.

State Sen. Dale Schultz, R-Richland Center, had this to say, on Wisconsin Public Radio: “It is the height of arrogance, and everybody who voted for that should be embarrassed. It smacks of the kind of tactics you would expect from Vladimir Putin or Hugo Chavez — not in Wisconsin.”

On the other side are the blogger who referred to the “Center for Investigative Propaganda” and the state lawmaker quoted as saying “a large portion of what they do is hits on conservatives.”

Such statements are demonstrably untrue, as anyone can see from looking at the Center’s work, all of which is archived online. But it is, sadly, part of what young journalists at the UW, and the Simpson Street Free Press, need to learn: Even journalism that aspires to the highest standards of fairness and accuracy can come under attack from people who care about neither.