Another Hole in the Safety Net?

Victims of domestic violence may lose health coverage because of disagreements between Gov. Walker and federal government.

By Brendan O’Brien, Milwaukee Neighborhood News Service - Jun 4th, 2013 11:02 am
Get a daily rundown of the top stories on Urban Milwaukee 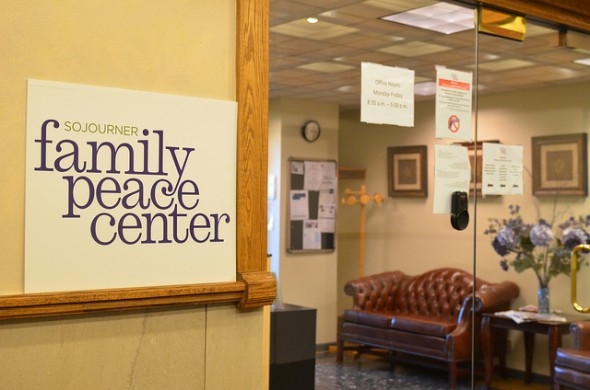 Victims of abuse who rely on BadgerCare face an uncertain future that may involve higher out-of-pocket costs for domestic violence screenings and counseling, while the same medical and psychological services will be completely covered for those who have private health insurance under the Affordable Care Act (ACA).

In the coming months, bureaucrats and politicians in Washington and Madison have the opportunity to address that disparity.

The Affordable Care Act includes domestic violence screening and counseling under preventive services, and as such requires them to be covered with no cost sharing. However, it fails to clearly define what BadgerCare, the state’s Medicaid program, may have to cover in the future.

Depending on how officials define and interpret Affordable Care Act provisions, victims of abuse who are poor could face increases in out-of pocket costs and reduced access to domestic violence screenings and counseling services.

“The idea of adding another barrier is a scary thing because there are already so many existing barriers for clients who are impacted by domestic violence,” said Carmen Pitre, the executive director of Sojourner Family Peace House, a resource and service center for domestic violence victims in Milwaukee. “This could be one more thing that prevents them from getting the help they need.”

In emergency rooms, doctors’ offices and health clinics throughout the Milwaukee area, medical professionals screen for domestic violence, looking for both the obvious and subtle hallmarks of abuse when examining and interacting with patients.

“I suspect we’re missing a lot of domestic violence patients because the presentations are so cryptic that in the brief period of time that you work with the patient, you miss them,” said Dr. Chris Decker, director of the emergency department at Froedtert and the Medical College of Wisconsin. 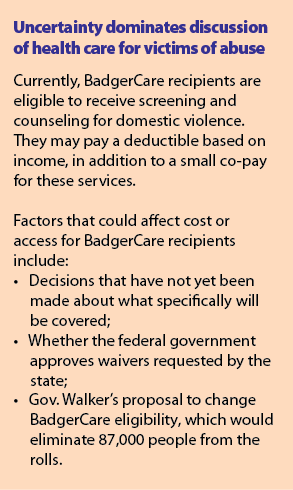 But even concentrated screening efforts may not decode the more obscure signs of domestic abuse. For instance, Decker said, a domestic violence victim may walk in the emergency room complaining of a headache.

“If you think to ask about where they live and where they have been the last day or two and how are their relationships at home, those are the kinds of things that are subtle and sometimes you will miss them,” Decker said.

Victims who are continuously screened for domestic violence by health care professionals as they move through the system are more likely to eventually disclose the abuse, according to Pitre.

“We are trying to get doors open for survivors, women and men, who are trapped in violent situations and need to get out,” Pitre said. Screening “gives them a signal that one, you’re not on your own. Two, we take this seriously. Three, if you do disclose, I will help you.”

Once victims open up about abuse, counseling creates pathways for them to permanently remove themselves from physically and emotionally dangerous relationships, she added.

“The counseling allows you to look into what led you into that relationship, what happened to you and helps you unravel the trauma so you are a healthier person,” Pitre said. “You can heal and move forward and that can be an intensive and long-term process.”

Roxie H. (who asked that her last name not be used) is a victim of domestic violence. She has been in counseling for seven years, including three years while she was still living with her abuser. Domestic abuse counseling reconditions the victim emotionally, spiritually and mentally and is the only way victims can fully heal from abuse, she said.

Without counseling “I probably would have killed myself,” said Roxie, who now advocates for victims and is the author of a fictional account about her ordeal as a victim. “It is life or death.”

BadgerCare currently covers domestic abuse screening and counseling with small co-pays of a few dollars, depending on the service that is rendered. Some BadgerCare recipients also pay a monthly deductible, based on their income. 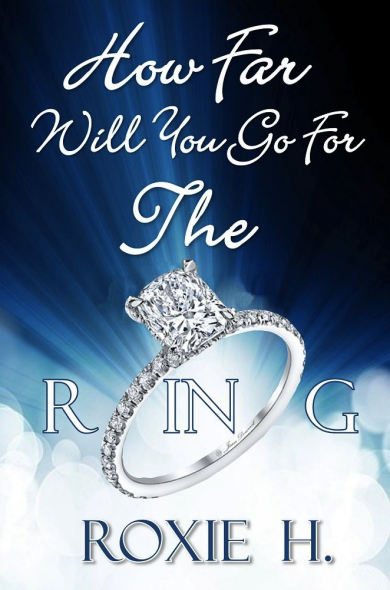 Roxie H., now an advocate for domestic abuse victims learned firsthand that emotional and spiritual counseling “reconditions” the abused to move on with their lives.

However, the future of domestic violence screenings and counseling coverage is muddied by Gov. Scott Walker’s decision in February not to accept federal ACA money to expand the state’s Medicaid program.

Instead, his 2013-15 biennial budget proposes a new category for BadgerCare to cover these adults and all parents whose income is less than the federal poverty line.

If the proposal is approved by the legislature and becomes law, Wisconsin would have to apply for a federal waiver, required whenever a state changes its Medicaid program. All Medicaid programs that receive a waiver must follow Essential Health Benefits Package requirements.

Washington bureaucrats could deny the waiver or the governor could decide to amend a current federal waiver under BadgerCare. The amendment still would need to be approved by federal officials, and it is unclear whether that would trigger a requirement for Wisconsin to meet Essential Health Benefits Package standards.

Under the governor’s proposal, which decreases the eligibility threshold from 200 to 100 percent of the federal poverty line, about 87,000 people would become ineligible for BadgerCare. Those individuals would be eligible for the Health Insurance Marketplace and could be subsidized by the federal government to help pay for their insurance. In any event, they would be guaranteed domestic violence screening and counseling as a preventive service, with no cost sharing.

Regardless of Walker’s proposal to change eligibility, however, the federal government still needs to clearly define the Essential Health Benefits Package requirements for BadgerCare and, more specifically, to what extent domestic abuse screening and counseling must be covered. The government has until Jan. 1 to define these requirements.

“Until we know what that is going to look like, we really can’t make any speculations about what we will do,” said Claire Smith, a spokeswoman for the Department of Health Services.

“If it does turn out that BadgerCare will not cover those services specifically for victims of domestic violence and there (is) a disparity between BadgerCare and private health insurance, then it would definitely be a concern,” said Tony Gibart, the policy coordinator at the Wisconsin Coalition Against Domestic Violence. 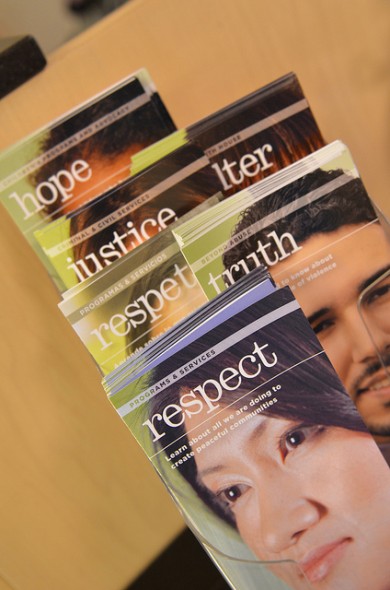 The poor who are physically and emotionally abused “stay in abusive relationships for many reasons and one of those reasons is that they do not always have the resources to leave, (such) as health care,” said Erin Perkins, the coordinator of the Milwaukee Commission on Domestic Violence and Sexual Assault.

Domestic violence victims who suffer from repeated psychological trauma need ongoing care to be able to get out of the abusive relationship, according to Perkins. To complicate the situation even further, victims are more at risk for violence after they leave, Perkins added.

“There is certainly a lot of difficulty trying to break someone from a violent relationship. It’s not always as simple as telling a victim to get up and leave,” she said.

Gibart pointed out that before any domestic violence victim can be properly treated, she must have access to health care and the means to pay for it, whether it be through private insurance, the state’s health care exchange or Medicaid. Victims also must be seen by a medical professional who actually does screenings, he said.

BadgerCare coverage “is an important component, but one piece of the picture is making sure that this actually happens for victims,” Gibart said.

About one in four women will experience some sort of domestic violence in their lifetime, according to the National Coalition Against Domestic Violence. According to the organization, 85 percent of victims are women.

Several studies during the last two decades have found an association between poverty and domestic violence. Domestic violence occurs in every economic class, but victims’ financial well-being plays a large role in their ability to leave a violent relationship, Gibart said.

“Folks with financial resources, while (it’s) not easy, are able to escape more easily,” he said.