The Jelenchicks open 'The Castle' for a good cause. 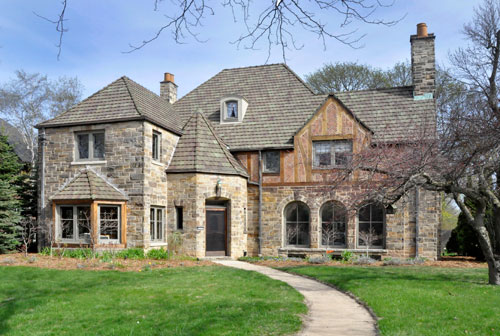 Since 1998 the Wisconsin Breast Cancer Showhouse has donated over $4.75 million to support breast cancer and prostate cancer research at the Medical College of Wisconsin.

To raise funds, each year the organization must find a family gracious enough to move out of their home for a month or more while subjecting its decor to the fancies of a dozen or more interior decorators. Then, for a period of two weeks, (this year from Saturday, June 1st to Sunday, June 16th) it’s open house for public tours at $25 a head.

This leaves one to wonder if “Owner Liaison” Ellen Irion has any real duties this year, since it looks like the Jelenchicks have a lock on things, providing they are on speaking terms after undergoing this domestic disruption.

The showhouse was designed by renowned architect Frederick Graf and constructed in 1930, quite late for this street, which was developed in the late 1890’s. Indeed, city records indicate that this is the first structure built upon the property; previously it was just a vacant lot that somebody had to mow for 40 years.

The home, formerly styled as 474 Newberry Blvd., was constructed for Charles Boltz, founder of Milwaukee Aluminum and Brass Foundry, 643 S. 2nd St. (The foundry still exists as a ghost sign on that structure). Boltz died in the Newberry Boulevard home in 1934 at age 64.

The building has a veneer of Kettle River [Minnesota] Sandstone, and has quality features like five-foot wood panels and tile floors, leaded glass windows, a second stairway and a laundry chute. But why bother telling you? — go see for yourself.

But this bureaucratic listing is dry as dust, now that the Mansion has been transformed into a Showhouse.

When they return home, the Jelenchicks will find a Vestibule, a Sun Room, a Library, a Family Room, a Nursery, a Sitting Room, a Sitting Room Balcony, A Student Au Pair Retreat, a Hollywood Regency Bath and a Mud Room nestled beneath their tile roof. From the mere descriptions you can tell that this is a house transformed by the magic of professional interior decoration.

The home was certainly not tour-worthy in 1992, when a city inspector noted it had been on the market for a year, with an asking price of $300,000. “H2O Probs. Structural cracks throughout house. 2 floor fam. rm. walls are out of plumb. Has had very little recent updating. Subject just makes it in Mansion Description.”

Just barely a mansion? Well, thank, you, Mr. Bureaucrat! In a February 23rd, 1975 Milwaukee Journal article, then-homeowner Polly Daeger said, “we call it The Castle.” (That term has been adopted by the showhouse committee this year.) So there!

In 1988 there was an objection to the valuation of the home filed by the then-owner, whom the assessor said complained that “the home’s location West of N. Downer Ave. makes the house less valuable than those East of Downer. … Maybe an overimprovement for this area.” The inspector noted that it was a “Quality, quality building — one of the best on Newberry.”

But the objection was sustained, and the property got a 15% discount based on its location, location, location on the wrong end of the right street. (Nowadays, land on E. Newberry Blvd. is valued at about $10 per square foot anywhere on the street, and N. Downer Ave. no longer divides the upper classes.)

You can be sure the assessor is aware that this is a Showhouse, which may affect its future value. Charity always comes at a price, doesn’t it?

The Jelenchicks bought the home on May 18th, 2012 for $640,000, according to documents on file. They quickly set to work making improvements to the home, which had last seen significant activity in 1968 when then-owner Ted Warshafsky put in a boiler and took out a load bearing wall to expand the kitchen.

The Jelenchicks took out permits for $25,100 for air conditioning and ductwork, always an expensive retrofit in a hot-water heated building with no previous central air conditioning experience. They have thousands of dollars of open permits for electric work ($3,500), an alteration ($6,000) and plumbing repair ($2,000).

Let’s hope their permits have a happy resolution, and do not leave a mystery like Warshafsky’s boiler permit #211426, issued on September 13th, 1968. According to an inspector’s note, “This is a single family home, therefore no permit is required and H. Janusz said we should cancel this.”

“If in the event the heating contractor requests the money — then, Herb said we will refund it.”

How Milwaukee Is It? City Hall is 3 miles away, if the owners care to drop off their tax balance in person.

Tour The Castle for a Good Cause

The Breast Cancer Show House is open 7 days a week from June 1st – June 16th 2013. Tickets are $25 at the door or $20 online. Further details are tickets are available here.

About the Wisconsin Breast Cancer Showhouse

From the WBCS, Inc. websdite:

WBCS, Inc. was founded in 1998 as an all-volunteer 501(c)(3) charitable organization. Its mission is to support early-stage breast cancer and prostate cancer research at The Medical College of Wisconsin.

Since its founding, WBCS has donated over $4.75 million to MCW for promising research and to endow the recently established WBCS Professor of Breast Cancer Research. Promising breast cancer and prostate cancer research by past WBCS grant recipients has led to over $12 million in additional competitive extramural research grants to MCW by the National Institutes of Health and other foundations.

This year we are celebrating the 16th Anniversary for the Wisconsin Breast Cancer Showhouse!

WBCS, Inc. was founded in 1998 as an all-volunteer 501(c)(3) charitable organization. Its mission is to support early-stage breast cancer and prostate cancer research at The Medical College of Wisconsin. 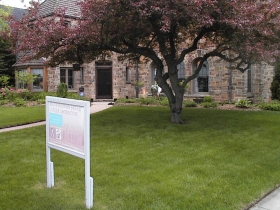 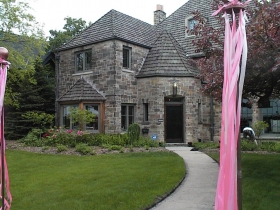 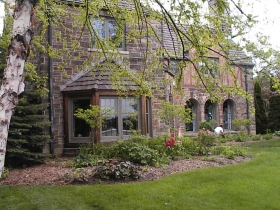 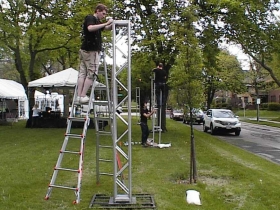 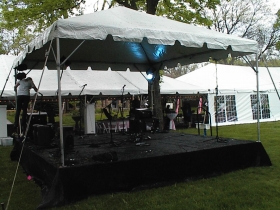 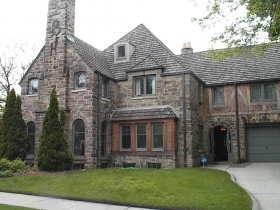