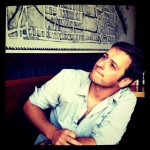 Before Packers preseason kicks off this week in San Diego, Michael Bischoff previews the 2012 season.

Order and disruption. These are the guiding principles of every NFL philosophy. The offenses that best maintain order and the defenses that best create disruption will always be the most successful. That’s why a team lacking significant star power, like the San Francisco 49ers, went to the NFC Championship Game while a team stocked with All-Pros, such as the Dallas Cowboys, missed the playoffs entirely.

There is no offense in the league better at maintaining order than that of Mike McCarthy’s Green Bay Packers. In 2011, the offense led the league in scoring with 35 points per game, and they were second in offensive efficiency, gaining an average 6.6 yards per play, including an impressive 8.3 yards per pass attempt. There are at least six receivers that can stretch the defense. Quarterback Aaron Rodgers tied a team record by throwing an interception on only 1.19521 percent of his attempts, identical to Bart Starr’s 1966 interception percentage. The team turned the ball over only 14 times in 2011 (8 INT, 6 lost fumbles). That combination of explosive playmaking ability and ball security is rare, and defines “order” on offense.

Unfortunately for 2011’s team, disruption from the defense was limited. While they tied for the lead league in turnovers forced (38, with San Francisco), quarterbacks were too often left with a clean pocket and open sightlines to complete passes downfield. Packers opponents averaged a whopping 7.2 yards per pass attempt. The Packers tied with Buffalo, Indianapolis and Kansas City as the 3rd-worst at sacking the quarterback with only 29. The direct result was a league-worst 4796 passing yards allowed, plus another 330 to Eli Manning and the Giants in the playoff loss.

Notorious for his commitment to the draft and reticence in free agency, Thompson signed two free agent linemen–Anthony Hargrove, who will begin the season under suspension, and Daniel Muir—to bolster the defensive front. In the draft, Thompson added linebacker Nick Perry and defensive tackle Jerel Worthy with his first two picks. Rodgers told ESPN’s Kevin Seifert that the energy these players add should make a big difference in how disruptive the pass rush is in 2012.

The Packers will commence their regular season on Sept. 9 against the 49ers with targets squarely on their backs. Specifically, their defensive backs. With All-Pro and beating-heart-of-the-defense Charles Woodson moving to safety in the base defense and slot corner in passing situations, the team hopes to set him free and maximize the playmaking potential of the defensive backfield. But it’s how the line and the linebackers, with Perry and Clay Matthews crashing the ends and B.J. Raji, Muir, Worthy, Ryan Pickett, and Hargrove pressing the line, that will determine success for the defense.

This is still the most talented team in the NFL. Green Bay’s collection of athletes and coaches is as good as any team’s. Repeating their 15-1 record is irrelevant, the goal should should be nothing short of a Super Bowl.

Ryan Grant, RB
Green Bay’s starting tailback since the second half of the 2007 season, Grant was marginally effective in his comeback season of 2011. The Packers are confident third-year back James Starks and second-year back Alex Green will continue to improve and can more than replace the 30 year-old Grant. Ryan will be missed in blitz pickups, though, an area where Starks and Green still struggle. Grant remains unsigned.

Scott Wells, C; Chad Clifton, LT
The Packers didn’t match the St. Louis Rams’ 4-year $24M ($13M guaranteed) contract offer to Wells, signaling that the team was ready to move on. Wells is considered one of the best centers in the league, but his age and salary demands were red flags. Green Bay signed veteran Jeff Saturday (2 years/$7.75M) to replace him. Clifton struggled through a torn hamstring in 2011 and Marshall Newhouse filled the void admirably. Like Mark Tauscher when Bryan Bulaga took over at right tackle, this made the 12-year veteran expendable. 2011 first-round draft pick Derek Sherrod is returning from injury, and the team drafted tackle prospect Andrew Datko in the seventh round. Clifton has not retired but is not currently in camp with another team.

Matt Flynn, QB
Matt Flynn’s 480-yard, 6-TD performance in the season finale against the Detroit Lions was the latest indication that some team would take a chance signing the fourth-year pro and former 7th-round pick to a significant contract. The Seattle Seahawks did just that with a three-year, $26M deal ($10M guaranteed), and he’s currently in competition with incumbent Tarvaris Jackson and rookie former Wisconsin Badger Russell Wilson in training camp. The Packers promoted Graham Harrell to backup duties and drafted B.J. Coleman with their final pick as a potential developmental project.

Nick Collins, S; Charlie Peprah, S; Pat Lee, DB
Collins has been one of the best safeties in the NFL since his breakout campaign in 2008, but a scary neck injury suffered against the Carolina Panthers in week 2 was more than the Packers wanted to risk. After McCarthy said he wouldn’t let Collins play if he were his son, the writing was on the wall. Peprah, the backup-turned-starter at safety in each of the last two seasons, was a surprise release, but issues over a nagging knee injury and confidence in their younger defensive backs made Peprah expendable. Lee never developed the way the Packers had hoped and was not resigned. Charles Woodson will move from corner to safety in the base defense. Davon House, M.D. Jennings, Casey Heyward,  Jerron McMillion, Sam Shields, Brandian Ross and Jarrett Bush will all compete for playing time (and roster spots) in the defensive backfield and on special teams. Collins is currently a free agent, but may opt for retirement. Lee has signed with the Oakland Raiders and Peprah is currently unsigned.