Eyes on Milwaukee this week focuses on the committee appointments by Milwaukee Common Council President Willie Hines, Supervisor Haas’ efforts for a Milwaukee County attraction pass, the restaurant coming to The Moderne, and more.

Common Council President Willie Hines committee appointments have been released. In a surprising twist, Alderman Tony Zielinski has been appointed Chairman of the Licenses Committee. His appointment comes as a surprise given the number of controversial licensing issues Zielinski was involved in over the past four years (A.K. Food Mart being the most prominent). Zielinski could certainly get by all of that to become a good Licenses Committee chair (as his predecessor Alderman Jim Bohl was), but he’ll need to remain cool in the hot seat during the committee’s notoriously long meetings. Conduct similar to that exhibited by Zielinski during the Community & Economic Development Committee on September 13th, 2010 during the Zielinski – Davis “I’m the chair” debate (see the 108:30 mark in the video) won’t get the job done.

My predictions for the Zoning, Neighborhoods & Development Committee chairmanship to go to Alderman Willie Wade were incorrect. Wade will remain the Vice Chair of the committee, with Alderman Jim Bohl apparently executing a successful horse trade to end up as the new ZND chair. Bohl was previously chair of the Licenses Committee. Despite representing one of Milwaukee’s most suburban districts, Bohl will likely make a good chair of the powerful zoning committee. His experience as Licenses Committee chair, showed that he controls the meeting, and is fair and pragmatic.

Supervisor Jason Haas, through public meetings and his blog, has begun leading the charge for the “SuperPass.” Originally a campaign idea, the pass would create a single form of admission for multiple venues around Milwaukee County. While the idea is already done in many cities, Milwaukee County has yet to see a coherent strategy to encourage people to attend many of the County-owned attractions. Here’s to hoping the Supervisor is able to find a way to improve the bottom lines of many of Milwaukee’s cultural amenities, while at the same time driving greater and more frequent attendance by visitors and residents alike.

Unlike many new mixed-use buildings constructed in Milwaukee, The Moderne won’t be subject to an empty first floor for the first couple of years. According to a story broke by BizTimes this morning, Carson’s Prime Steaks and Famous BBQ will open their third location on the first floor of The Moderne. The restaurant will seat between 125 to 150 people, with about two-thirds of the 8,000 square foot space being used for the kitchen. Rinka Chung Architecture, who designed The Moderne, will also design the restaurant space.

According to Carson’s owner Dean Carson “Rick is a persistent person in every sense of the word.” This certainly accurately reflects Rick Barrett‘s struggle to convert his model unit in orange shipping containers into an actual building.

An industrial building at the northern end of the Riverwest neighborhood has been sold to Johnson Bros. Beverages Inc.

Chris Abele announced at his inauguration that one of the primary focuses of his first full term will be on the development of the Park East and the underutilized Downtown Transit Center.

Sciortino’s expansion was recommended for approval by the City Plan Commission. The Brady Street bakery intends to tear down and expand into the house immediately south of the current facility on Humboldt Avenue.

University of Wisconsin Milwaukee’s lease at 223 W. Pittsburgh Avenue for the School of Freshwater Sciences and College of Engineering and Applied Science has been approved by the state Building Commission. With that the Water Council’s efforts to develop a water cluster at the Reed Street Yards site are one step closer to reality.

Pop-up stores are set to come to the Shops of Grand Avenue.

The Triangle, 135 E. National Ave, will close on Friday according to Michael Horne.

Yo Factory has finally opened at 2203 N. Farwell Avenue. Stop on in for some frozen yogurt. 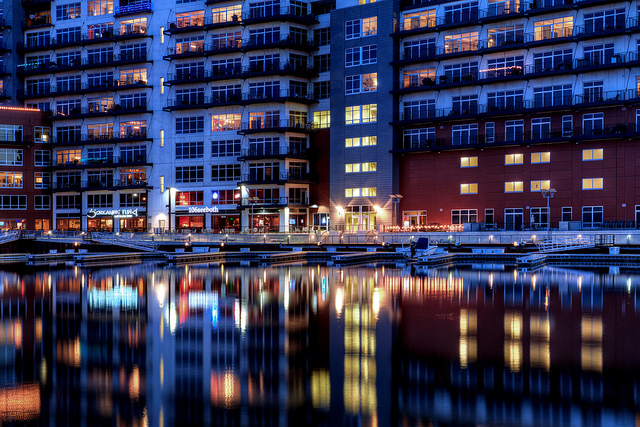 Windows on the Milwaukee River by John December