You could be hanging out just below the US Bank sign on Monday of next week. Learn more below.

Welcome to the eighth installment of Eyes on Milwaukee. This week I invite you to a handful of Urban Milwaukee events, challenge you to name the new river skimmer, and share a fair amount of development news and information about new restaurants in Milwaukee.

If you care about transit in Milwaukee, or if you simply want the best view of the city available, come to the 40th floor of the US Bank Center next Monday night, April 16th from 5:30 until 8:00.  The event will include a discussion on the future of transit in Milwaukee and how we move through the city.

Preceding the panel discussion will be a cocktail hour with a view (complete with a cash bar and some appetizers). The event will be held in the offices of Foley & Lardner on the 40th floor of the US Bank Center, the tallest building in Wisconsin.

The panel discussion will be moderated by Alex Runner, with panelists Alderman Robert Bauman, Alderman Nik Kovac, and myself. It will primarily focus on the Milwaukee Streetcar project, but there will be ample time for the  audience to ask questions.

More details in our previous article.

If you’re looking for something to do Friday, April 20th, look no further. We’re having a grand opening party at Urban Milwaukee: The Store in conjunction with Gallery Night. Come join us at the store anytime between 10 a.m. and midnight. Take the “art tunnel” through the back of our store to Sublime between 5 p.m. and 9 p.m. for happy hour drinks and appetizers.

Urban Milwaukee: The Store is located at 755 N. Milwaukee St and sells paintings, photography, t-shirts, postcards, books, and more, all of which showcase Milwaukee, and are made by Milwaukeeans. If you needed more convincing, Milwaukee Journal Sentinel art and architecture critic Mary Louse Schumacher also recommends you stop by.

Learn more about the store or RSVP on the Facebook event.

The river skimmer, MMSD’s mostly anonymous weapon that keeps the rivers around Milwaukee looking clean, is set to be replaced with a new boat.  In addition to that,  MMSD has partnered with The City of Milwaukee, Milwaukee Downtown BID #21, The Milwaukee Riverwalk District, Inc., BID #15, Veolia Water Milwaukee and OnMilwaukee.com to give the new vessel a name. The new vessel will use one-third less fuel and will be able to collect twice as much debris.

The building that formerly housed Bella’s Fat Cat restaurant in Bay View, 2737 S. Kinnickinnic Ave, has been sold. SK Management LLC has purchased the building and is “maybe putting a Mexican restaurant” in the space, according to registered agent Shirley Konopski.

The “world’s largest Qdoba” may not hold that unofficial title much longer. The 14-story Residences on Water, also known as Milwaukee’s largest unfinished building or the Staybridge Suites building, is set to be auctioned off at 10 a.m. on May 8th at the Milwaukee Athletic Club. Two firms are likely to bid. You can find a number of photos of the almost empty building on Flickr.

Lindsey Bovinet, CEO of Interior Systems, Inc., has made an offer to purchase the Eisner Building at 200 N. Water Street. The space might be used to host the Creative Alliance of Milwaukee. The building was formerly home to the Eisner American Museum of Advertising & Design which closed in 2010. The building also recently housed MIAD’s residence hall, which relocated to 1824 Park Place until the college is able to fund the construction of its new residence hall in the Historic Third Ward.

FLAVOR Cycle, a new bicycle-based food delivery service, has started delivering food to much of the city’s urban core. You might recognize the delivery bikers as some of the same people that make up Milwaukee’s bicycle couriers.

The Philly Way, billed as “The East Side’s answer to a ‘REAL’ Philly Cheese Steak,” will open at 1330 E. Brady Street in the former Miss Groove space. The Philly Way already has a location at 405 S. 2nd street.

Sphinx Coffee, located at 1751 N. Farwell Ave, appears to be closed. For a number of weeks the space, which expanded into the former PJ’s Original Subs and Clubs space in the past year, had a sign claiming electrical difficulties were the reason for its closure. Now a for lease sign adorns the coffee shop formerly operated by Mona’s Restaurants. Mona’s Turkish Shawarma House, also part of Mona’s Restaurants and located across Farwell at 1814 N. Farwell Ave, remains open.

Yo Factory, despite apparent trouble with power, is now accepting applications. They also posted a photo of a WE Energies truck on site a few hours ago, another good sign. Hopefully frozen yogurt will be served soon at 2203 N. Farwell Ave.

Food truck lovers rejoice; Take Out Tuesday is back at Schlitz Park and Food Truck Thursdays are back at the Milwaukee County Courthouse.

Zaafaran, a Thai and Indian restaurant at 780 N. Jefferson Street, has closed after a little less than a year in business. The restaurant was owned and operated by Manoj Tiwari and Neeta Tiwari. 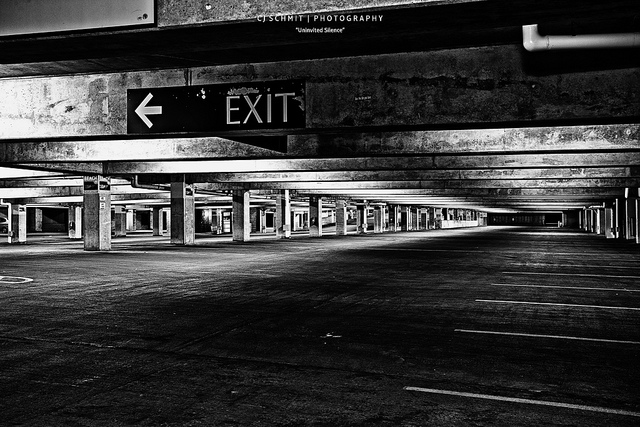